The mood was upbeat at this next to last day of the SHOT Show as we awaited the January 20 inauguration of the most pro-gun President since maybe, oh, Theodore Roosevelt.

Interesting gun news: it was announced today that the Army will adopt as its new pistol the SIG P320. The announcement comes as a surprise to many.  The Glock 9mm had been seen as the front-runner.  After all, though, the contract was for an MHS – Modular Handgun System – and the P320 with convertibility in size and even caliber is as modular as the state of the art offers right now.  The Army is also very big on manual safeties. That’s an option on the P320, and while this feature is not mentioned in the press releases thus far, photos accompanying the releases depict P320s with ambidextrous thumb safeties.

Lotsa new stuff this year.  Some is good new stuff.  Case in point: the MantisX Training System. It’s a module that slides onto your firearm’s accessory rail and coordinates with your Apple or Android device. Live fire or dry fire, aim at something and shoot. You’ll get a readout of how smooth and consistent your trigger pull was and, in the last instant, registers where even a “shot from an empty gun” would have hit. It tracks gun movement the whole time.  The police department I serve IS gonna have one of these!

Some of the new stuff is…well…remember the classic gun book from 1955,“Firearms Curiosa” by Lewis Winant, with items like palm pistols and belt buckle guns?  If Mr. Winant had been around to attend the 2017 SHOT Show, he would have found enough material for at least one new chapter.

There was a customized folding semiautomatic pistol in two variants, one of which when unfolded turned into a Glock with no trigger guard.  There was an updated version of the pre-WWII Mossberg Brownie pistol with six barrels instead of four, which fires two .25 Auto barrels per pull of the trigger. The Evil Princess was particularly horrified by a holster that she and I figure can cost the shooter his or her life in at least three different ways. (1) The safety strap appears to be narrow enough to enter the trigger guard upon reholstering, causing the pistol to discharge as it is pushed the rest of the way into the scabbard. (2) That Velcro-closed strap, when secured on a holster designed to be worn inside the waistband, goes to the bottom of the holster requiring the shooter to reach so deeply down into his or her pants that they’re unlikely to be able to get a proper hold on it to pull it clear if they have to draw to save their life. (3) The holster is demonstrated with that safety strap going over the back of the grip panel, so with a proper drawing grasp, the web of the hand is likely to hold the strap against the gun and trap the pistol so it can’t be drawn readily in self-defense.

Overall, though, there was lots of good stuff, and a total “kid in the candy store” element for any gun enthusiast lucky enough to cruise the miles of aisles. Evil Princess logged five and a half miles on her FItBit at the Show today. I spent more than half the day in meetings and was spared some of that exercise. Lucky me. 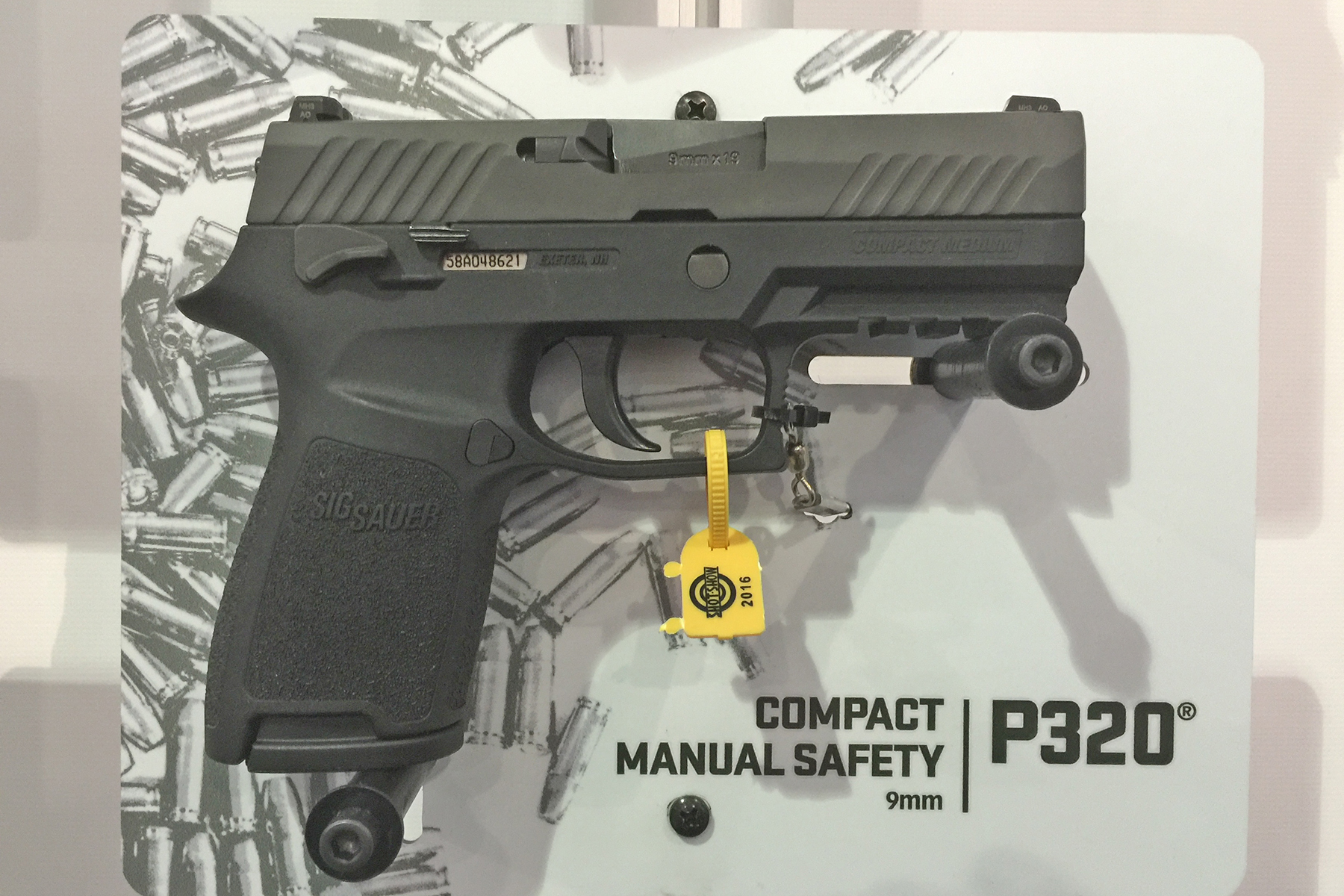 The compact MantisX training system is a stone cold bargain at around $150. 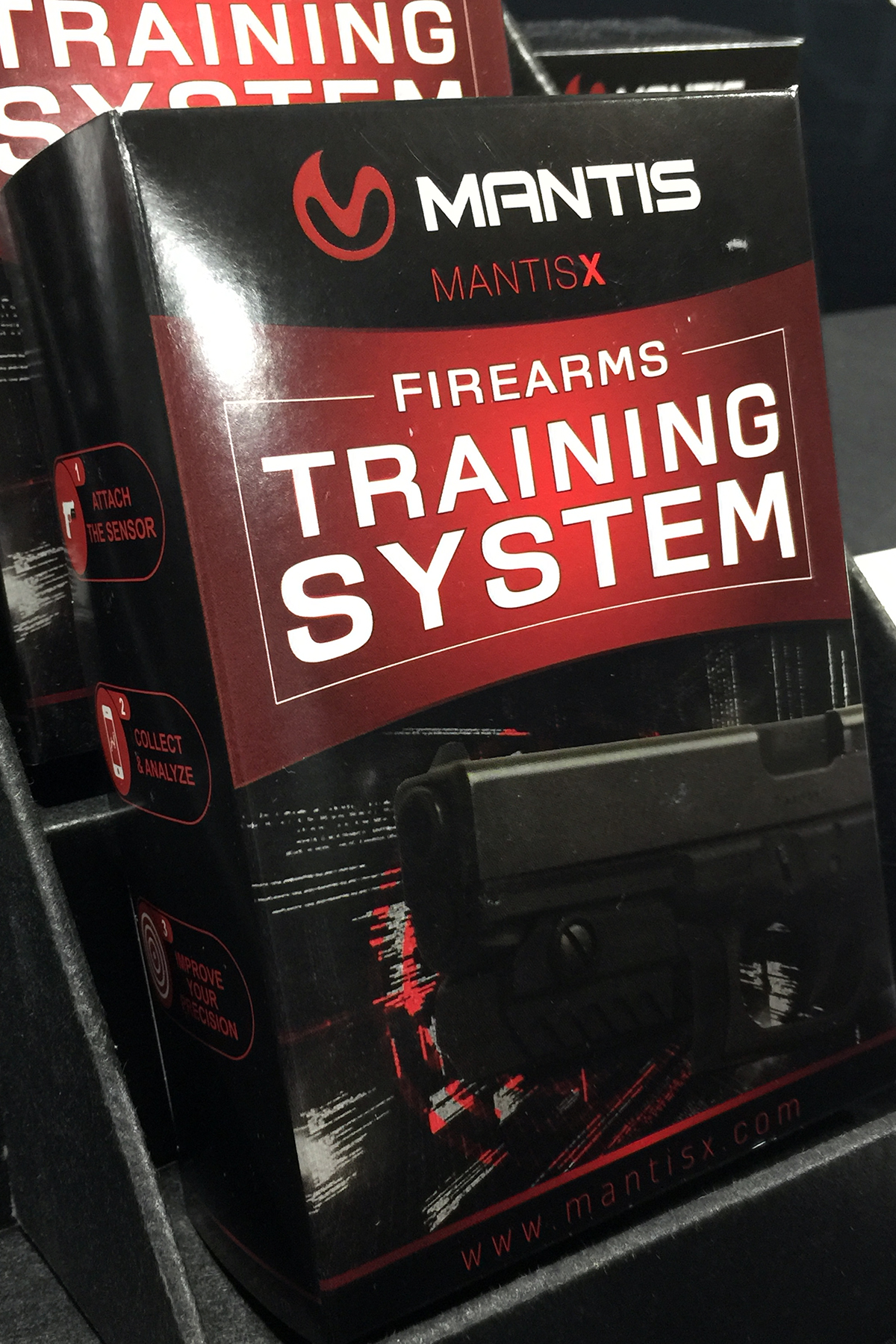