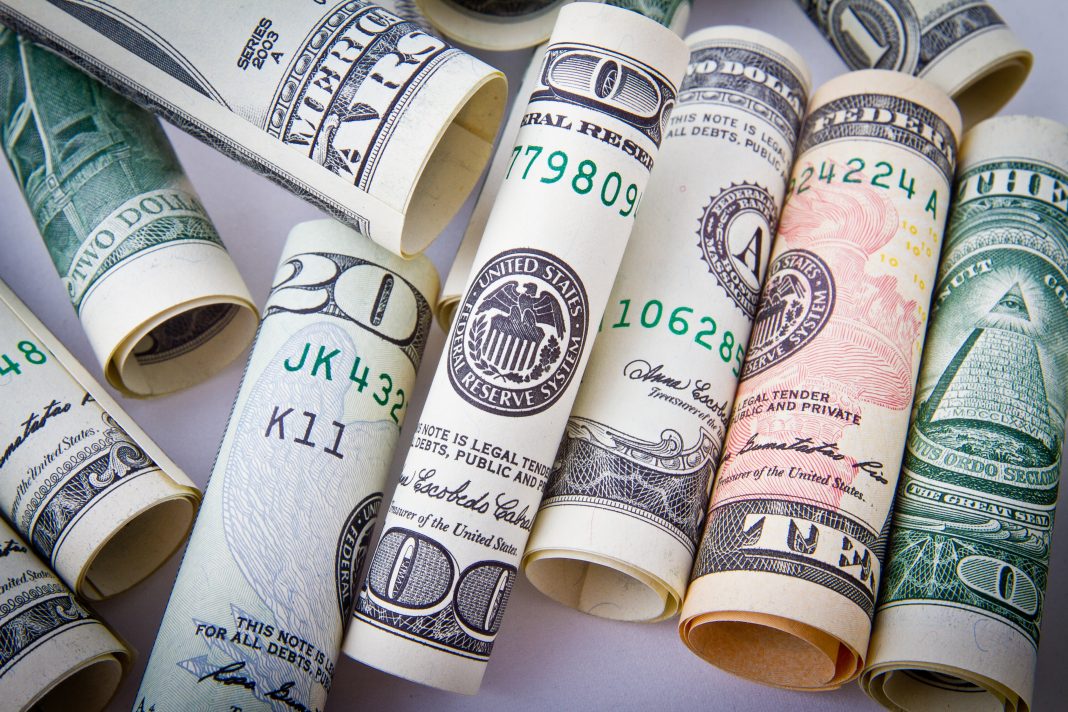 Most Americans are unaware that today’s dollar has the purchasing power that roughly four cents had back in 1913. That was the year the Federal Reserve (the Fed) was established. Just in the last few years, according to CNNMoney.com’s Bailout Tracker, the Fed has created, out of thin air, at least $11 trillion in new money, some of which went to bailouts of Wall Street, the banks, and businesses like General Motors. Most of the money, however, is essentially unaccounted for, and when befuddled and often exasperated congressmen at congressional hearings have asked representatives of the Fed where all that money has gone, they get vague answers. What is known is that all that “new” money has devalued the dollar still further. In fact, in terms of the purchasing power of 1913, the dollar is on track to be worth around two cents in about two years.

What does this mean in a practical sense for the dollar to be devalued by so much in such a short period of time? For one, your standard of living, which you may have already felt slipping these last few years, is going to drop further. Food, energy, and the price of almost everything else you need or want is going to go up in price, but your paycheck, at least for most of us, probably won’t.

Worldwide food prices are already higher than they were in 2008 when rising prices sparked riots around the globe. According to the United Nations’ Food and Agriculture Organization (FAO), the FAO Food Price Index is at its highest level in the 21 years it has been used to track worldwide food prices  even after factoring in inflation.

According to msnbc.com, wheat is up 114%, corn 88%, soybeans 56%, coffee 65%, and sugar 79% over last year. Poor countries are being hit the hardest. You may not eat much in the way of corn and soybeans, but price increases are reflected in the meat you eat because meat animals must be fed some sort of grain or other agricultural products. It also drives up the price of wheat because it is diverted to feed animals, and that directly drives up the price of a loaf of bread.

The causes of these food increases are several:

Summer droughts in Russia, flooding in Australia, and the third cold winter in a row in most of the northern hemisphere impacted big grain and rice producers such as Russia, China, Europe, and the United States. Also, failures of corn and vegetables in northern Mexico are resulting in higher food prices there and they will likely add to illegal immigration problems.

As a result of the shortfall in grain production, grain surpluses, meant to act as a cushion during bad times, are now at historically low levels. The United States and Canada are net exporters of grain, so we won’t have the same problems that food-importing nations are already experiencing. But because worldwide demand has driven up prices of American and Canadian grains, that will eventually drive prices up at your local market.

An example of this in the United States is the Congressional mandate that food crops must be used to make biofuels. It’s not solving the so-called energy crisis but it is making your food more expensive. The only people who are benefiting from it are the big grain producers and the politicians (both Republicans and Democrats) who created the biofuel mandate and get campaign donations from producers of biofuels.

Factor in the burgeoning middle classes in both China and India, the world’s two most populous countries, and it puts tremendous pressure on food prices. Millions of the formerly poor are acquiring middle class tastes for foods and other commodities. Unless the supply of these commodities increases, the prices for them will continue to rise.

Even if we weren’t experiencing worldwide crop shortages, and even if the weather was cooperating with farmers, prices would still rise because countries all over the world are diluting their money supplies. In the United States, our money is becoming worth less…maybe even worthless…and there is already the danger of hyperinflation. But it’s also happening in Britain, China, Japan, and India because they’ve all created vast sums of money from thin air that dilutes their current money supply. The only reason the diluted U.S. dollar has not yet been replaced by another currency as the international medium of exchange is because other major currencies are being diluted also.

Among the early symptoms of the coming rapid inflation are the rising prices on the commodities markets. Commodity markets involve “futures,” the anticipated value of commodities such as wheat, gold, and oil. Rises in futures prices are because those who invest in them (and have money and are better able to spot trends than you and I) are betting the future prices of most commodities are going to rise.

The Commodity Price Index, a compilation of various energy, food, and metal indexes which reflect the costs of those products, has risen almost 28% in just the last 12 months. Part of this is also the result of bad weather, but the increased costs of metals  gold and silver in particular  reflect anticipated inflation, or the devaluation of our currency. That means that people with more money than you or I are taking their money out of paper and putting it into hard assets, among which are the precious metals. It’s not just happening here, but in other countries, too. Those with money know what’s coming.

In case you are wondering about specific indexes, the Commodity Food Price index is up over 32%, Energy over 20%, and metals over 57%.

The overall solution is elusive

The solution is elusive, at least on the national level. After the Federal Reserve has created trillions of dollars out of nothing, the Federal government, which is about to run out of money, seems to believe that the solution is to create even more money and add to an already unsustainable federal debt. In other words, the politicians’ solution is going to exacerbate the problem. Part of the solution, then, is to keep getting rid of our politicians at the ballot box and voting in new ones such as the Tea Party candidates who seem to at least understand that government overspending must stop and that the Fed’s printing of paper money must stop.

On the personal level, what can you do to protect yourself from the inevitability of rising prices? Do what the rich are doing, but on a smaller scale. Trade your money for hard assets. If you have money you can spare, buy some silver or gold. I buy junk silver coins, the pre-1965 dimes, quarters, and half-dollars. I also buy the .999 pure silver “dollars” the U.S. Mint has been producing since 1986. At this writing these “silver dollars” are worth about $33 apiece. Someday soon, it may be the only way to buy gas without a ration card.

Stock up on food, as you’re always going to need it and it’s going to become more expensive. If you don’t have guns and ammo, buy some. Not only are they going to appreciate, someday soon you may need them.