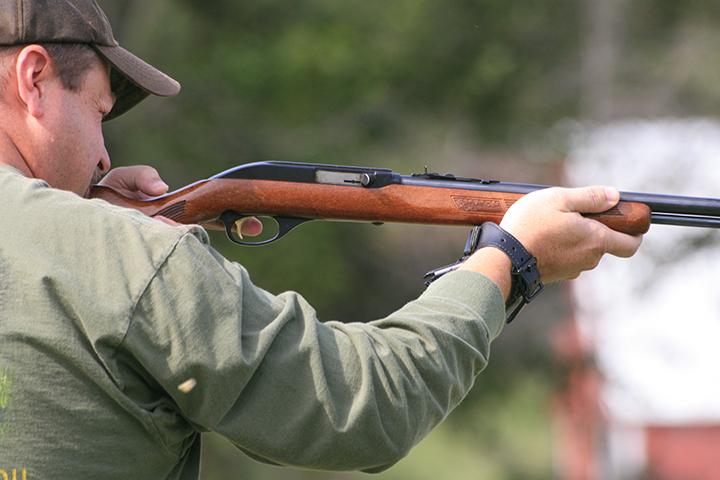 Does an armed citizenry deter tyranny and invasion? History and logic both answer emphatically, “Yes!”

Some months ago, in an article in this publication titled The Rationale of the Automatic Rifle, I quoted some oral history from war veteran and career Navy man Bob Menard. I first met him at the NH State Championship of outdoor conventional pistol shooting back in the late Sixties. He won that event and held the title for several years. He had been Virginia State Champion prior to moving to the Granite State. Some years later, Robert Menard was the NRA Counselor who certified my wife and I as a firearms instructor through that organization.

Bob had told us that he’d been aboard the USS Constellationhe remembered the year as 1960when he had been part of joint maneuvers conducted with what were by then called the Japanese Defense Forces. Over dinner and drinks, with Japanese and American naval officers talking shop, many of the WWII veterans, the question had come up, why didn’t the Japanese invade what they must have recognized as the wide open West Coast of the United States at the beginning of that war?

The officer had replied that his country was well aware that there was a high density of armed citizenry in America, even state championships for private citizens in the use of military rifles, and that the Japanese were not fools to set foot in such quicksand. Menard, even then a man committed to Second Amendment rights, naturally kept a vivid memory of the conversation.

The story has found its way onto the Internet. Now comes one “TSB,” who holds forth on the Internet against Menard, with remarks like the following:

“Darn, those wily Japs thought of everything. How can anyone read this crap without laughing? You know, whomever promulgated this BS obviously thought that making up this mythology would be helpful to the (Right to Keep and Bear Arms) cause, or on the flip side, wanted to make pro-gun folks look like ignoramuses…Sort of like that other cherished myth that the Swiss militia deterred both the Kaiser and later Hitler from attacking Switzerland. T’wasn’t so.”

According to On Target, the journal of the North Central Florida Sportsman’s Association, “TSB is the handle for ‘The Shooting Bench’ radio show host, Bill Walker.” TSB’s position is that the reason the Japanese did not invade was that it wasn’t in their interest to do so, and that they lacked the physical wherewithal for such a massive undertaking. Furthermore, he says, the Constellation was in dry-dock for fire damage repair during 1960, implying that Menard therefore must have fabricated the whole thing. Interestingly, TSB expects us to take as a given his flat statements that an armed citizen militia had nothing to do with Switzerland’s neutrality.

I beg to differ. Politico-military recognition of the danger of invading or tyrannizing an armed populace is something long since documented in history. Does TSB forget the American Revolution? In his authoritative book Origins and Development of the Second Amendment, David T. Hardy, an attorney and expert on the history of law, quotes historian William Gordon 1.

“William Pitt, the Earl of Chatham, remained the colonist’s defender in the House of Lords. Shortly after Concord, he urged attempts at peacemaking. ‘(T)he Congress of Philadelphia…do not hold the language of slaves: they tell you what they mean. They do not ask you to repeal your laws as a favor: they claim it as a right; they demand it. They tell you they will not submit to them, and I tell you the (Coercive) Acts must be repealed; you cannot enforce them….My Lords, there are three millions of whigs. Three millions of whigs, my Lords, with arms in their hands, are a very formitable (sic) body. ’twas the whigs, my Lords, that set his Majesty’s royal ancestors upon the throne of England.'”2

Pitt’s words fell on deaf ears. England stepped into the quicksand that soon became the Revolutionary War, and came to regret it. A precedent was set that would continue for centuries. From the Viet Cong to the Mujahideen in Afghanistan, it has been proven much more recently that peasants with guns and a cause they believed in can thwart the organized might of the world’s greatest military superpowers.

The Swiss militia and Switzerland’s carefully crafted strategy of being able to seal off their country and make roads impassable by enemy armor in 24 hours had nothing to do with deterring Adolf Hitler from invading? I don’t know how many times TSB has been to Switzerland. I’ve been there twice, spending much of my time in the company of Swiss military men. They are the ones who should know, and they were utterly convinced that it was the obvious hopelessness of invading a country in which every household was not only armed but skilled with state of the art military rifles that kept the Nazi wolf from Switzerland’s door. A true picture of the powerful deterrent effect of the armed Swiss citizenry is seen in the works of Stephen Halbrook and others.

The same principle works in microcosm. Does anyone believe that 12 million armed Jews, Gypsies, and homosexuals would have been herded into cattle cars by Nazis and shipped away for extermination? Closer to home, consider the recent comment by Professor John Lott, the controversial but incontrovertible gun law researcher. “(S)tudiesincluding a recent one by Randshow that in high-gun-ownership areas, criminals take more time casing a home before they break in, to make sure nobody is home. The reason they give is because they don’t want to be shot.” 3

But when he tries to promulgate such opinions, he loses credibility, and when he attacks the veracity of Commander Menard by calling his recollections “BS,” he loses his own honor. TSB is legitimately concerned about gun owners losing face with spurious quotes, like the “firearms are liberty’s teeth” line attributed to George Washington which no one could verify. Menard’s account does not fall into that category.

Oral history is an honored and respected tradition in this country. Bob Menard’s recollection of that discussion with his Japanese counterpart so long ago is a classic example, and one that we can learn from. If TSB is right and the retired war veteran was off by a year or so on the date, it detracts not at all from the powerful message that conversation sends to those who today fight for critical rights that are in danger. Commander Menard deserves better.

Finally, TSB also has the right to say that he knows more about Japanese war strategy sixty years ago than the Japanese naval officer who made that statement to Menard. I suspect, however, that the Japanese officer was a whole lot closer to the situation than TSB, and his opinion carries a great deal more weight. It is significant to note that in 1945, as the US invasion of Japan loomed, the Japanese government began a crash program of training its citizens to shoot back and if necessary, fight back with home-made lances. This speaks of a government that had long understood and respected the power of an armed citizenry, which is probably why from feudal times to WWII, Japan systematically and ruthlessly disarmed every nation it conquered.

The deterrent effect of an armed citizenry against invaders and tyrants is inescapable to any graduate of History 101. It is confirmed by Logic 101. End of story. Sorry, TSB. That Japanese naval officer had it nailed, and the honorable Commander Menard was right to spread the word.

1 Gordon, William, The History of the Rise, Progress and Establishment of the Independence of the United States, Volume I at page 443.