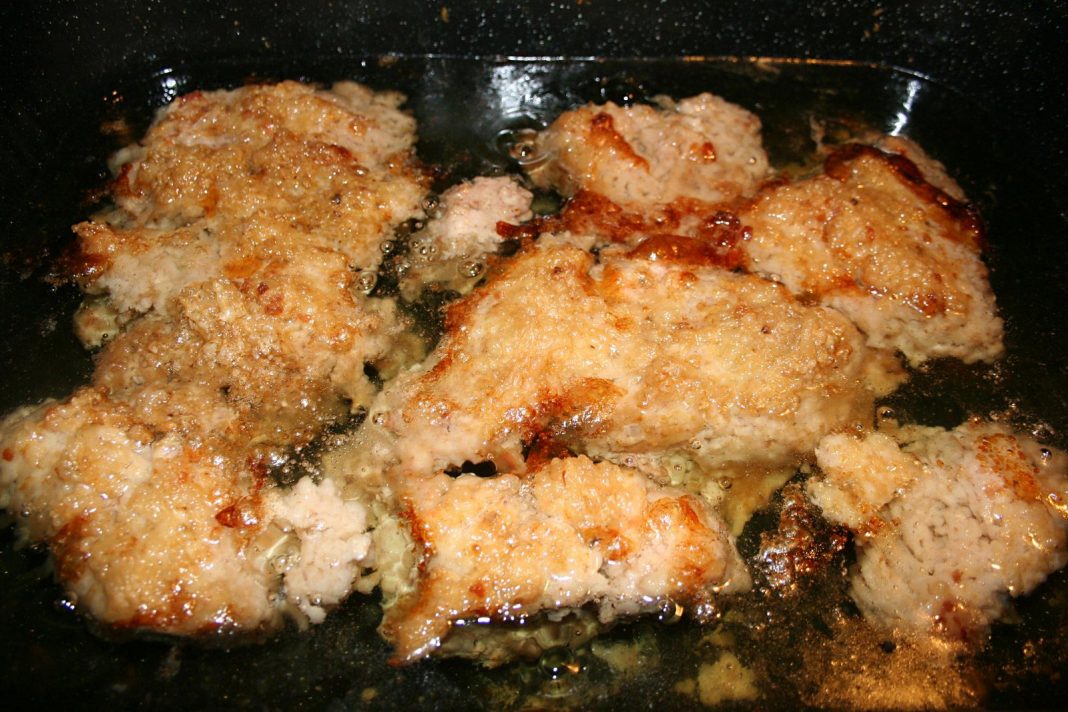 We’re so thankful to have received a big box of pork fat to render down. I’ll admit I’m doing it the “lazy” way. As it’s already ground, all I do is pack it into my big turkey roasting pan (being careful not to over fill it — I don’t want the melted fat to run out of the pan and cause a fire) and put the pan in the oven at 200 degrees. Slowly, the fat melts and pretty soon there are just big clumps left. I remove the pan from the oven and take a big turkey lifting fork with several prongs and rake it through the clumps to separate it. Then the pan goes back into the oven until most of the fat has melted out.

Meanwhile, I wash my canning jars in hot water and keep them hot until I’m ready to ladle the lard into them. I also set a pan of new lids in water and bring them to a boil and then turn off the heat to keep them hot.

I carefully take a sieve and dip out all the pieces I can. Then I place the sieve over a smaller stock pot and strain the remaining melted fat and a few pieces of cracklins. The solids stay in the sieve; the clear melted fat goes in the stock pot. If it is pretty clear of sediment, I just take the pot and heat it on the stove until it nearly boils then quickly ladle it into the dry, hot, waiting jars, leaving a bit of headspace. I am careful to wipe all the grease off the jar rim then quickly place a hot lid on the jar and tighten the ring firmly tight. Then I repeat with the rest of the jars. There’s usually a little melted fat left. That I just leave in the stockpot for later.

The cracklins I put, a batch at a time, into a big frying pan to fry down even more. When they begin browning nicely, I scoop them up and put in pint or half pint jars. I lightly pack them down and pour hot melted fat over them, completely covering them. Then the rims are wiped and the lids placed on with the rings tightened nicely. Ta Da! Done. No processing needed; the jars seal and the contents stay good for a very long time.

I use the lard for frying, baking, pie crusts, and stir fry recipes. The cracklins are great in biscuits and cornbread, adding a nice rich flavor.

They used to say if you used lard it would kill you. Now the same “experts” say lard is good for you! Grandma and Mom knew that all the time! — Jackie