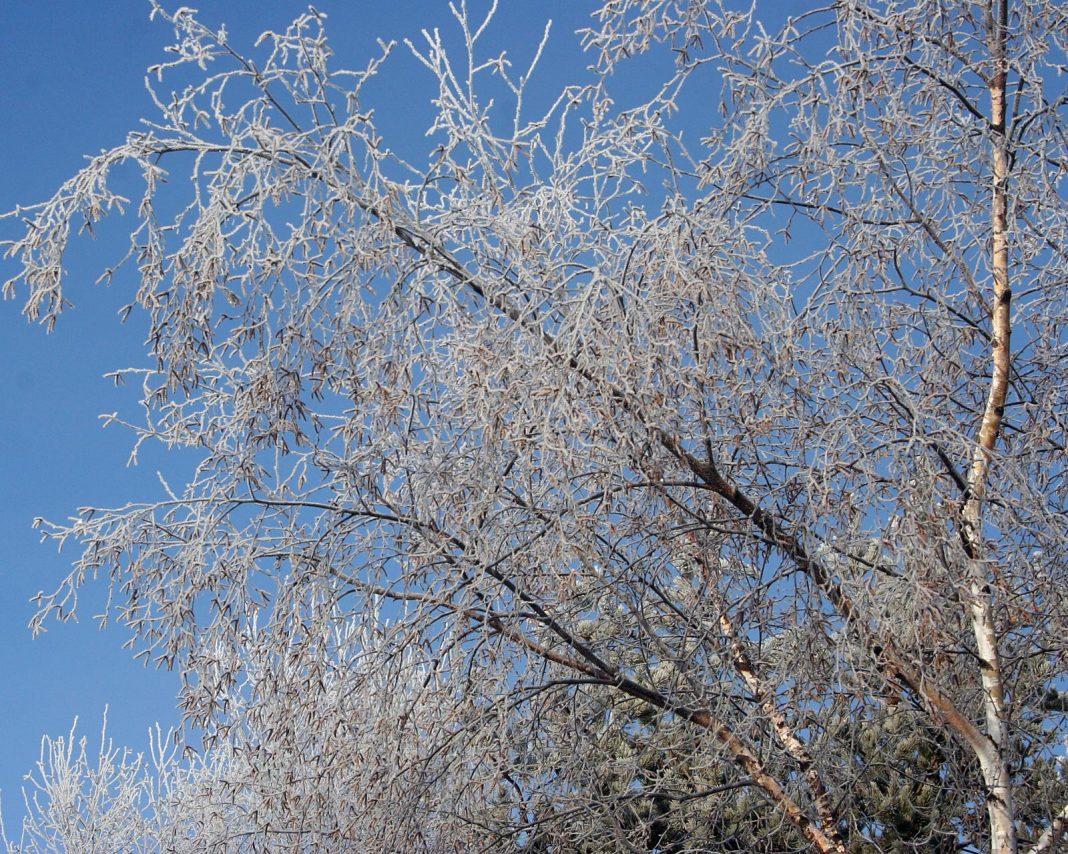 Due to high humidity and cloud cover at night, we’ve had beautiful hoar frost on the trees, weeds, and fence lines every morning. What a beautiful sight to wake up to, especially when there is blue sky and sunshine to go along with it! And, luckily, the temperatures have been very moderate for January in northern Minnesota. We can’t believe our luck in this. I guess the beavers were right again! (But we’re kind of waiting for the other shoe to drop.) It has saved us a lot of hay and firewood too. The horses and cows eat much less hay when it’s warmer than when it’s -40. You can about tell the temperature by just looking at them. When it’s really cold, they don’t get their heads out of a round bale. When it’s warmer, they just lay around. The cows chew their cuds, and the horses stand on the sunny side of the shed.

Our butcher friend, Al, called me a few days ago, saying he had just butchered some nice pigs at his homestead processing facility, and he asked if I would like some fat to render. He knows I love my lard! Of course I quickly took him up on it. Then I called my friend, Dara, who also likes to render lard, asking her if she would like some of the fat. Yep, she would! A few days later, Al called and said he had it all boxed up for me, along with some suet for my birds. I ended up with three heavy boxes of pork fat and a box full of suet. As I still have quite a bit of canned lard, I told Dara she could have two boxes and I’d keep one. The next day she came over and we had a fat grinding morning, using the handy electric grinder Will had bought me for Christmas a few years ago. We had to laugh; who else would actually have fun cutting up and grinding pork fat? Only homesteaders, right?

The next morning, I started in cooking down my first turkey roasting pan in the oven. I set the oven at 250° F and the fat melts nicely and the cracklins don’t over-brown. I stir it a few times during the melting. Then it gets strained through a piece of old pillowcase, laid in a wire sieve, over a smaller stock pot. I immediately ladle it into hot canning jars, wipe the tops clean of grease then put a hot, previously simmered lid on and screw down the ring. No processing is needed, and every jar sealed very well. (The ones in the pantry that are two years old are still sealed and the lard is pristine white and great flavored.)

I had to take the day off today to run to the dermatologist in Duluth. I’ve had a bump on my arm that was getting bigger; it ended up the size of my middle fingernail. So she cut that off, along with three other things that were possibly “suspect.” She didn’t seem too worried so I’m trying not to be. But as a 16-year cancer survivor, you always wonder … So I’m praying and packing seed orders like crazy. Spring is coming! — Jackie