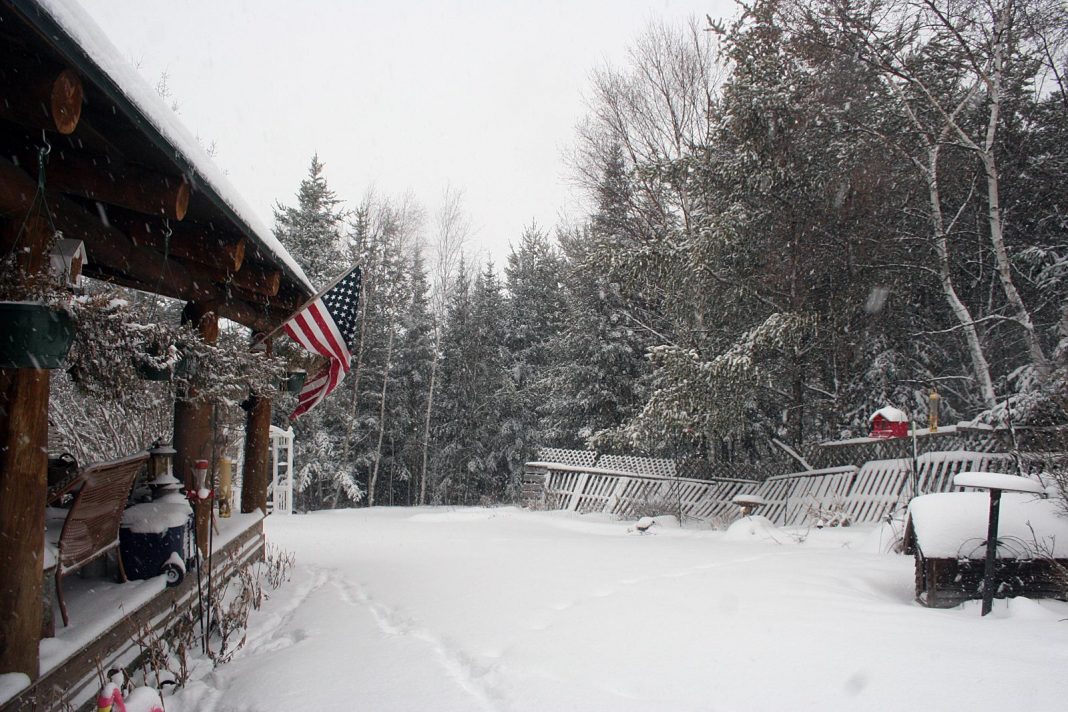 Yesterday the snow and wind started in force. We’d learned of the storm forecast the day before, so we set out extra big round bales for the cows and horses and Will hauled up some extra square bales for me, for the goats and granddaughter, Ava’s, pony, Whinny. We knew it was coming but, as usual, hoped it wouldn’t dump the 12 to 18 inches of cold, blowing snow upon us. After all, in late February, we’re getting a bit tired of snowstorms. But the morning brought wind with fine snow, which quickly turned fierce. Luckily, I got my morning chores finished before it became wicked. Last night, it was still at it and snowing harder. We missed a full-blown blizzard by 5 mph! We stayed all cozy in the house, between chores, but then, while Will was taking it easy in his chair, with Mittens on his lap, nice and comfy, Hondo decided he must go out again. (After all, he hadn’t been outside for half an hour!) Both Will and Mittens gave him a sour look. But Will finally gave in and let him out.

Meanwhile, I was going through our seeds, arranging some and filling a few varieties that were out of packets. I heard a funny noise about head-level and looked over. Here was Buffy, lying on her back, using the sagging plastic top of one of our little plastic greenhouses, as a hammock! I couldn’t quit laughing. Will said he’d seen her doing that a couple of times before that. She really believes in “creature comforts” alright!

Will continues mending after his heart attack, having very little problems following the placing of his stent. We are just so glad it all worked out the way it did. And we’re so grateful it wasn’t worse. — Jackie