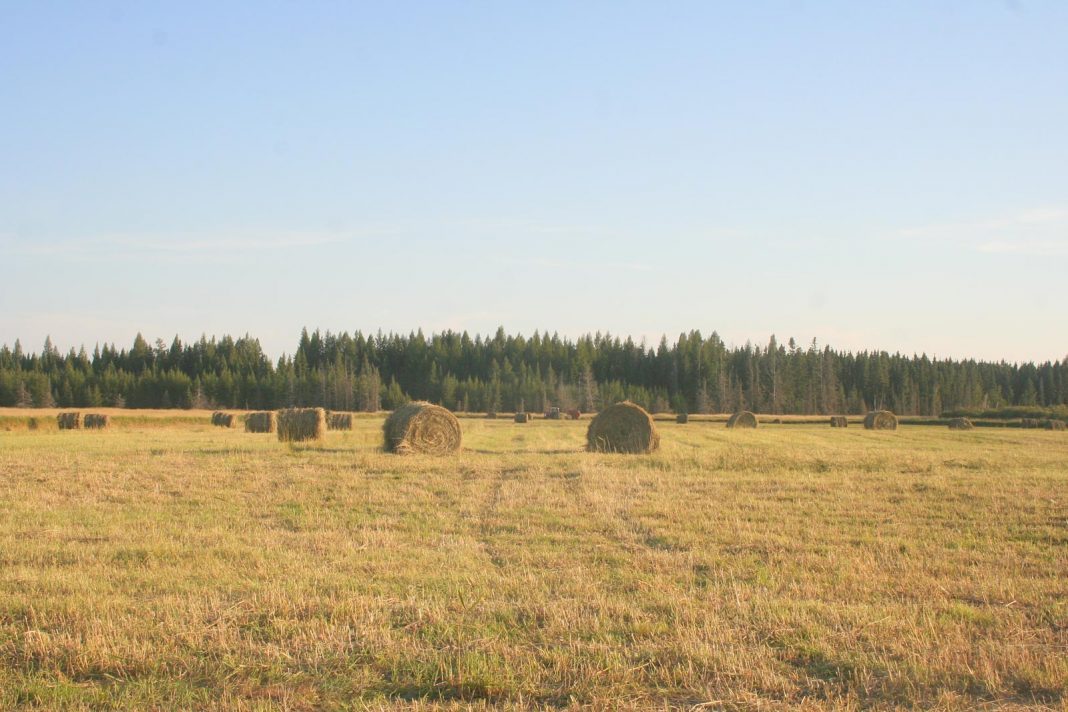 We’ve been busy harvesting tomatoes and Will has been also busy trying to get the last fields of hay baled up, which he was unable to get to sooner, due to all the rain we’ve been having. Luckily, a dry spell has hit us, and we are so glad. But boy did we ever sweat a couple of cold nights just lately. The night before last, it was 33 degrees F all night with a near full moon and no clouds. You can bet we were up off and on, all night, looking at the thermometer. As we have so many gardens and plants, we can’t cover crops, so we just pray like crazy. It did drop to 32, just at dawn, and there was frost on our house roof. But when I went on the four-wheeler to check the gardens, none had suffered any damage. Whew! Last night, we had a full moon, which often brings a frost. But the temperature just dropped to 35 degrees and stayed there. Again, whew! Now it’s supposed to warm up at night quite a bit, so we’re breathing a sigh of relief.

Yesterday, we had a visit from son, Bill, and granddaughter, Ava. They were going to borrow our trailer and take her pony, Whinny, down to their place. She’s scheduled for some training then Ava will take lessons on her. Ava was thrilled to be getting her home. Today, Bill built a big indoor pen for her, and she’ll have a nice outdoor paddock.

Today, we had a visit from a local herb club, which toured our gardens and tasted lots of tomatoes. It was sort of a mini seminar with lots of questions. It was fun, but also tiring, as we tried to give folks as much information as we could in just a few hours. Tomorrow, I’m making a 3½-hour drive to pick up my new Mastiff puppy. It’s taken a long time to find just the right pup, but I think we’ve done that. I’m pretty excited, as you can imagine. — Jackie