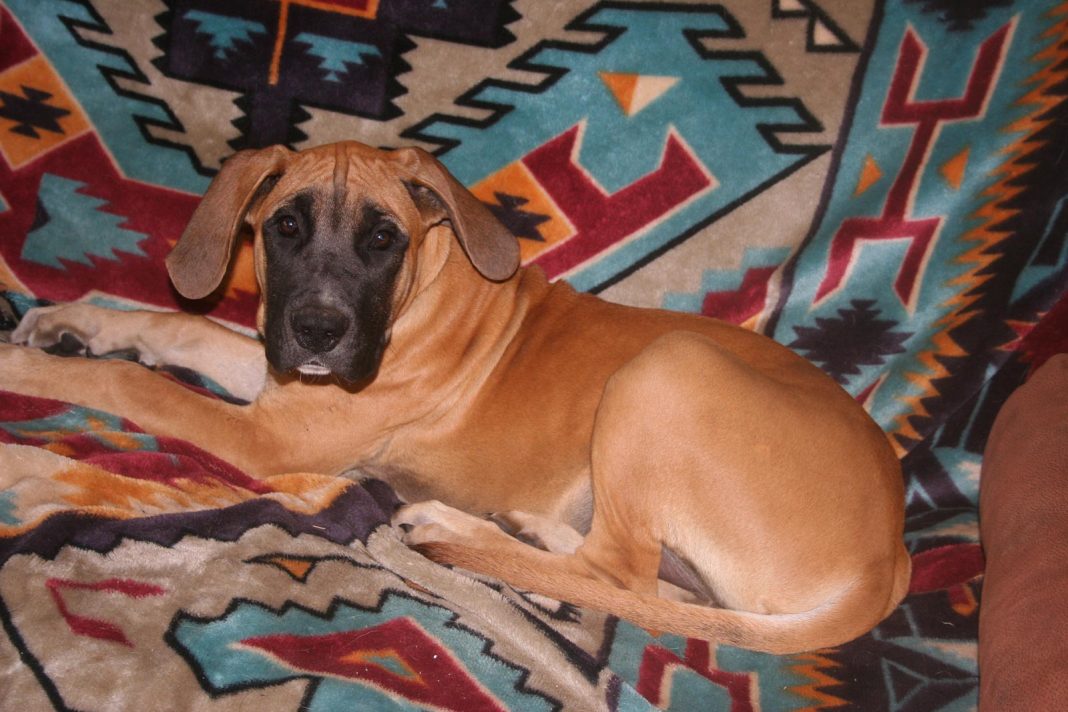 His name is Sarge and he’s an English Mastiff 15-week-old puppy. But being a puppy is a little deceiving as he is nearly the size of Hondo, our Catahoula Leopard Dog. I’ve been wanting an English Mastiff for several years and finally, on Tuesday, I drove three hours southwest of us and met Sarge. He’s so much fun and such a good puppy. I kept him in a crate for the drive home and he was very well behaved. We stopped for a pee stop at a rest area and he quickly got down to business. Then we stopped at son, Bill’s, for another stop and he got to meet the family. Granddaughter, Ava, quickly took charge of him and soon he was walking quite well on a leash. (Usually, pups who haven’t been on a leash end up screaming and throwing themselves around.) Nope, he was happy and quickly got the hang of it. I got home quite late and opted to keep him in the crate, in the car for the night, so we didn’t have to deal with any howling or barking when we were trying to sleep. I did walk him when we got home, and he did his business and got a drink before bed. I got up early and took him out, fed him, and gave him another drink. Then he got to meet Hondo and Buffy. (Mittens zoomed out of sight and is not a fan of a new puppy, especially such a big puppy!) He and Hondo hit it off well and even started playing in the front yard. Buffy was leery, but finally came down off the entertainment center to meet the newcomer, nose to nose.

Yesterday and today, we’ve been very busy picking and shucking corn as the birds are really hitting it badly. There are clouds of blackbirds flocking in to feast on our seed corn! Just like Laura Ingles Wilder’s books. Darn them anyway! We got a very good crop of both Bear Island Chippewa and Seneca Horizon, Will’s sweet corn. Next year, we’re discontinuing the corn, Painted Mountain, as Bear Island Chippewa makes a much better cornmeal and has even prettier colors. Shucking it was like opening Christmas presents, as you never knew what color combination you were going to see.

I went to town for a few groceries and Will was away, hauling hay bales home with the tractor and transport. When I came into the house, here is Sarge, flat out, asleep, on the sofa! I guess he’s figured out he’s home. — Jackie