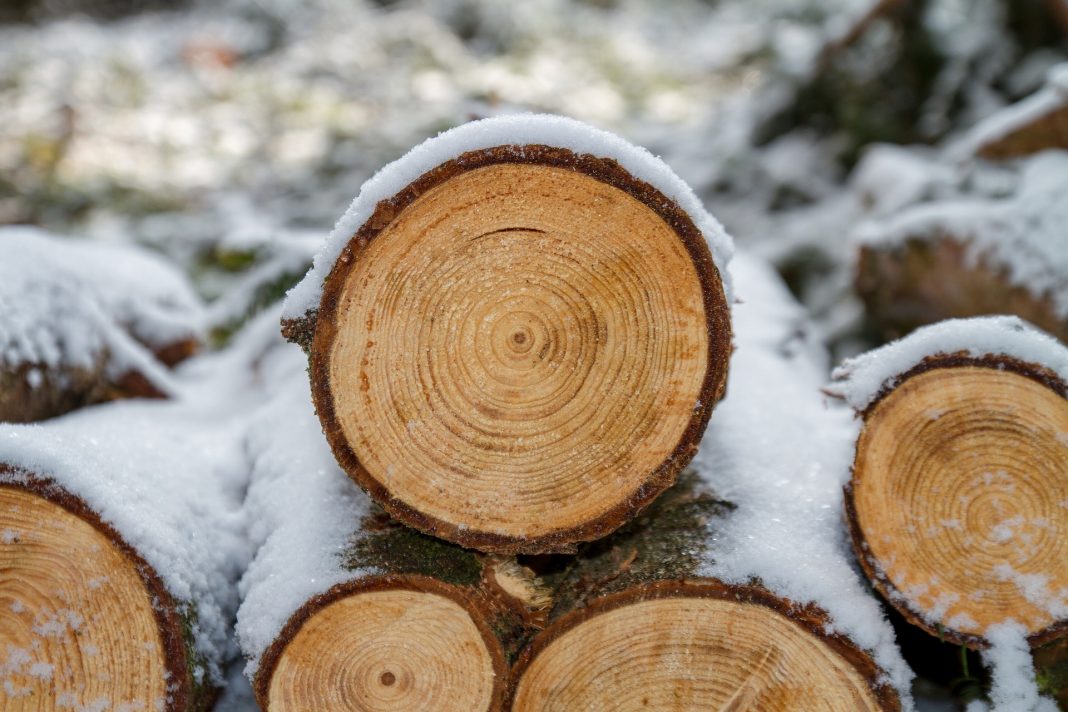 When we moved to our land in the summer of 1994, we were fortunate that open grazing exists where we live because we had to build shelters for the animals and a house for ourselves before winter. We had only four and half months and so there was clearly no time for fencing.

However, cattle on neighboring range land had grazed everything in sight. Grazing land was leased from the timber company as well as from other private parties, but all the cattle congregated in a meadow. After all, why would they want to be in the forest? Consequently I had to begin feeding hay to our animals a month early because there was literally nothing left. Besides that, the seedling trees were topped, the stream banks eroded, and the native plants so overgrazed that exotics were taking over and no livestock would eat the stuffnot even my goats. Even the beargrass, which really is a lily of no nutritional value, was eaten to the quick.

In addition, our neighbors a mile and a half up the road were concerned that my horses would visit theirs, causing their stallion to perhaps injure himself in the fence. I promised them that I would fence right away in the spring.

We began May 1, the earliest possible time, and finished the lower 15 acres by the middle of June. Our fence is called a jackleg and costs nothing other than the nails and the fuel for the chainsaw. It is extremely labor-intensive, however, and we found that we could work on it for only five hours a day without getting grouchy and irritable. That left the rest of the day for the usual farm chores.

We have no access by vehicle so we carried and dragged our materials wherever we needed them. That was relatively easy when we were working in the woods, but much of our lower 15 is meadow where there are no trees at all. Sometimes we spent the entire day just hauling poles and posts. Still it was very rewarding and the fence is beautiful. It is meant to keep our large livestock (horses, cattle) in and the range cattle out.

Our goats are free to come and go with the blessing of our only adjoining neighbor, Sarah. Our other boundaries are adjacent to U.S. Forest Service and timber company land so there is no problem there with letting the goats range free. If they had to be restricted, field fence could be attached to the jackleg, but it would be quite expensive.

A jackleg fence consists of rails which are supported by two uprights that are joined together at an angle to form a long legged X. We used dead lodgepole pine for our fence. If we were working in an area that needed thinning we would use live poles, but they are extremely heavy to work with. Branches on live trees would have to be removed with an ax to avoid unnecessary use of the chainsaw.

For our uprights we used 6-inch posts at the ends of each section of fence and 4-inch-diameter post for the middle supports. The posts are 5 feet long and when the weight was not too great we left them in 10-foot lengths to carry them to the site.

We laid the posts and poles just outside the fence line and sometimes cut as many as 30 posts at a time. Then one person would cut the notches a foot and a half from the top of each post and to a size that would fit the corresponding post that would be joined to it. The other person used a hammer to remove the diagonally cut kerfs. Then the posts were spiked together using 50 penny nails.

Traditionally the rails were 10 feet long, but in the very old days they were 11 feet long. There were six of these 11-foot rails to a chain which was the standard measurement at the time. The “fence viewer” would merely count the rails to determine the acreage a person had. We began our fence with three rails of 10 feet each.

As we began carrying our rails farther and farther from the forest, we began experimenting with longer lengths. After all, it would mean fewer uprights, fewer spikes and fewer cuts. Also it wasn’t much harder to carry a 15-foot pole than a 10-foot one. (The forest service uses 16-foot rails because they are the longest that are manageable for a single person to use in fence building.)

After a while we were using 25-foot rails with an upright support in the middle. I found that to be the maximum size for my strength if I intended to keep working all day. The actual construction went very fast when there were only four sections for every 100 feet.

When our materials had been laid in place after sighting the boundary line with a compass, we began to erect the fence. One person held a pair of spiked together uprights while the other person placed a rail on top and sighted down it to the boundary marker or the preceding section of fence. Then it was spiked into the upright with a 30 penny nail. Next the other two rails were spiked in place.

Whether you put the rails on the inside or the outside of the fence is determined by whether you are primarily trying to keep something in or out. We put the rails on the outside because keeping out 200 cow/calf range pairs was way more important than keeping in our small herd. We also added diagonals every so often to give the fence added strength.

When we finished fencing the 15 acres containing the meadow, we decided to fence in about an acre around the house. We were getting really tired of having our livestock hanging around the living area. For this fence we used four rails which has proved adequate to discourage the goats for the most part.

We used different sorts of gates for different purposes. Across the driveway entrance we have three poles that slide along the fence rails to open and close. It’s easy to use and keeps the goats out. Eventually this will be replaced with a swinging gate, but that requires a deeply-dug hole.

We have three swinging gates, one each on the north, east and south fences of the yard. These are walk- throughs so they don’t require any support other than the fence. We attached them as shown in Figure l. Be sure to leave space below the gate for snow accumulation. We’ve found that 4 inches is about right. That way we can shovel fairly easily without having to dig through ice pack all the way to the ground.

One of the great advantages of the jackleg fence is that there are no holes to dig. The fence has proved very strong and has had no trouble withstanding the onslaught of the cattle. An unexpected advantage is that parts are easily replaced in the event of blowdown (and it makes for a great kitty highway). We had major wind storms last fall and the only consequence for us was maybe half a dozen poles that were crunched by trees. Our neighbor’s barbed wire fence, however, was completely devastated and had to be restrung. It is also, in my mind, the most aesthetic of fences.

Next year we will fence our 25 acres of mountain.