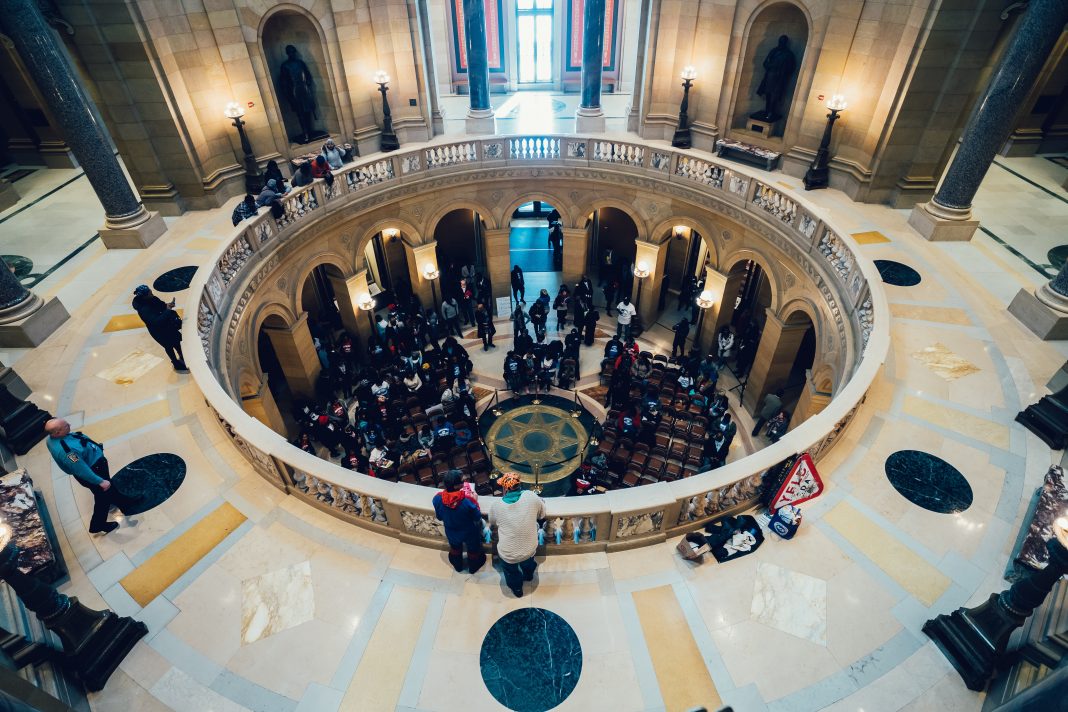 Is gun control really about guns? Sounds like an odd question on the surface, but it’s really right on target. In fact, the answer is: No, gun control is not really about guns. It’s about failed social programs, the destruction of the black family in America, and the rotten politicians who are responsible.

The “welfare handouts in exchange for votes” schemes began in the 1930s with Roosevelt’s New Deal, and they coincided with the beginning of the dissolution of the American black family. Although discriminated against back then, blacks had about the same percentage of intact family units as white families, and as a race black crime was about the same as white crime. Today, thanks to decades of accelerating “welfare for votes” social engineering, the black family unit in the ghetto is history (welfare checks have replaced fathers) and the black crime rate is manyfold that of whites.

The welfare checks not only destroyed the black head of household in the ghetto, but also the black family’s self respect and its ability to be self-reliant. As it does with most poor, dependent, fractured families, it lead to an increase in crime. But rather than admit their horrible mistakes in making people dependent on handouts rather than on themselves, the politicians have claimed that guns are responsible for the high crime rate in America.

The test is put to that lie by simply subtracting out minority crime statistics in America, and America is left with a crime rate that is lower than most Western European countries. This despite the fact that gun ownership among American whites is the highest in the world. The low rate of violent crimes is not just a white phenomenon either; gun crimes among middle and upper-class blacks is comparable to that of whites.

But politicians don’t want to admit they have cynically destroyed a race to take advantage of their votes, so they (and you know the politicians I’m talking about) perpetuate the myth that guns cause crime.

The original intent of the social welfare programs may have been good: create a huge welfare state that would save the poor, particularly the black poor, but I believe the real motive was to buy a huge block of votes for liberalsread that as the Democratic Party. The latter half of the plan worked fine: most poor now vote Democratic, and 95 percent of blacks do. But, as many predicted, the welfare state brought ruin to the very people it was supposed to benefit. It resulted in:

Rather than admit their mistake, politicians set out to make it taboo to point out that this nation’s bloated violent crime rate has become mostly an ethnic phenomenon. Rather than questioning their failed social programs they have chosen to blame guns. Their new mantra became, “If the guns go away, the social programs will succeed.” Never mind that the cities that have the most restrictive gun control have the highest crime rates, and that states that have loosened the requirements for concealed carry permits have seen a subsequent drop in their own crime rates.

In the meantime, the liberal media distorts the issue. If a gang of black youths do a driveby shooting in L.A. and kill several children, it’s treated as local news, but if a white high schooler shoots a fellow student in Nebraska, Iowa, or New Hampshire, it becomes national news. Why? Because the mainstream media (which is overwhelmingly liberal and anti-gun) seizes on the unusual to promote the lie that guns cause crime.

But the truth is that black youths kill more other blacks in one year than whites killed by lynching in the South in the 20 years when lynching was most common, from 1920 to 1940. After Columbine one black mother asked what all the fuss was about, saying these things happen everyday with black kids. Speaking before blacks, Rev. Jessie Jackson once said that when he’s walking alone in a city and hears footsteps coming up behind him, he hopes that, when he turns around, he’ll find a gang of white kids rather than a gang of black kids.

Quite simply, our troublesome crime rate is driven by destructive social policies that are now kept in place to buy votes, and gun control is an attempt to deflect criticism from these liberal failures and to pretend the cause of all these failures is an inanimate objectthe gun. In truth, liberals don’t really care about guns except as a scapegoat. I wouldn’t be surprised if they really don’t even want guns to go away because as long as they’re around they can blame the inanimate object and remove the focus from the real cause.

For all of his faults, Louis Farrakhan sees the truth behind the dependency of blacks on white liberals. His message: Turn your backs on them, and go home and take control of your families and neighborhoods. What could be scarier to a white liberal, for whom the black vote has become like a narcotic, than for blacks to discover they should become as self-reliant as most of their white neighbors?