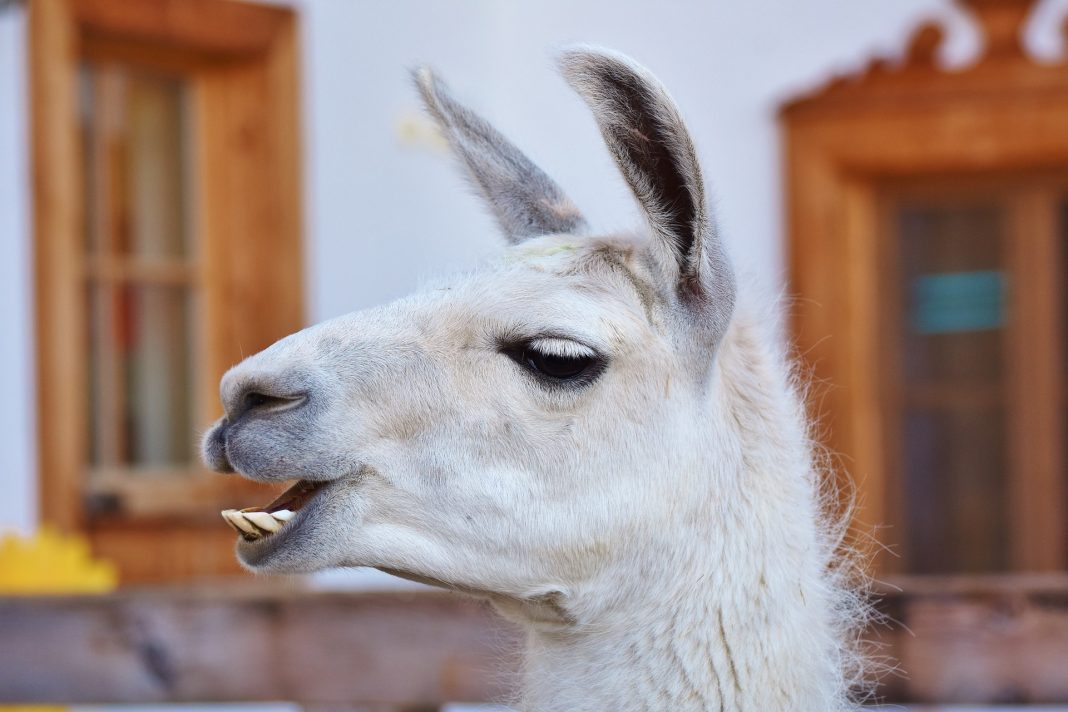 It seems that farmers always need an extra pair of hands, but finding the money to pay the extra help is often impossible. You need the help to make money, but you need money to pay the help. Faced with this problem when they added a few head of sheep to their operation, Joy and Brent Crawford, a Montana ranching couple, found a unique solution. 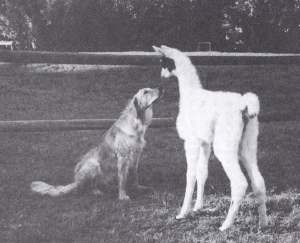 Lightning, a young llama, takes a break from the sheep to say hello to dog Brandy (Photo by John & Karen Northey)

The need for more help occurred when Joy Crawford decided to add a little more diversity to the family’s cattle and wheat ranch by running a small herd of sheep. Although the sheep were kept in pastures close to the ranch house, coyotes were still a problem. There weren’t enough sheep to justify the hiring of a sheepherder, and the dogs weren’t able to stay with the sheep 24 hours a day. What they needed was a guardian to live with the sheep that didn’t require a paycheck.

After a long search, Joy found the solution to her problem in the form of a llama gelding named Gus. Waking or sleeping, Gus spends all his time with his woolly charges. An aggressive guardian of his flock, Gus frightens off predators and strange humans with a noisy combination of stomping hooves, blowing nostrils, and the famous llama spitting. Lastly, Gus’s pay is easy on a farmer’s wallet. The gelding’s price was less than what it would cost to hire a sheepherder for a month, and Gus’s only upkeep expenses are food and an occasional vet check.

Of course, using a llama to guard sheep, instead of the more conventional dog or human, makes for some interesting adjustments. For instance, Brent and Joy have to make sure all gates are securely latched as Gus has shown a talent for finding open gates and leading his flock into new pastures.

Gus’s alertness and intelligence is also in evidence at sheep shearing time. Although llama wool is quite valuable, Joy generally doesn’t shear Gus but simply separates him from his charges before the shearing begins. Then as each sheep returns to the herd, Gus finds it necessary to sniff his newly shorn companion from head to toe. Joy says, “It’s as if he’s trying to figure out what in the world happened to his flock.”

For the purpose of guarding sheep, Joy has found that a single gelding works best. Two llamas will keep each other company and ignore the sheep, plus geldings are cheaper to purchase than breeding stock and don’t try to mate with the sheep. Although it is possible to train llamas to guard sheep, Joy has found that Gus’s natural desire for companionship has made schooling unnecessary. Other than halter breaking, Gus has been left wild, so as to encourage him to bond with the sheep instead of humans. Also, it is necessary to keep Gus and his flock in close to the house so that the Crawfords and their dogs can hear Gus warn of any danger. Although Gus is an excellent “watch llama,” he can not be expected to protect the sheep against some of the more dangerous predators that might threaten the herd.

Glenn, a guard llama, watches over his flock (Photo by Robert McGeorge)

“Not every llama makes a good sheep guard. In my experience, only about 50% of the geldings tried make it as guard llamas,” says Cy Colarchik of Belt, Montana who uses his llama Glenn to guard a herd of about 100 sheep. He offers the following hints to give your guard llama the best chance of success:

• Don’t make your llama a pet. Allow it to focus its attention on the sheep.

• A herd of sheep that stays together offers the best chance of success for a guard llama. Otherwise the llama is forced to choose one group of sheep and ignore the others roaming about the pasture.

The International Llama Association says that llamas live approximately 15-29 years and that geldings cost between $500 to $2,500 depending on area and age. For more information or the names of llama breeders in your area contact the International Llama Association at: P.O. Box 37505, Denver, Colorado 80237, (303) 756-9004. Extra hands are hard to find. So, if you find yourself with a herd of sheep that need watching, you might want to consider some helping hooves, llama style. 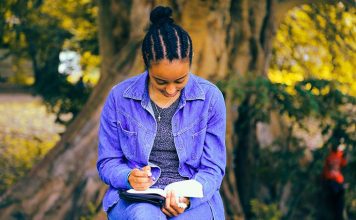