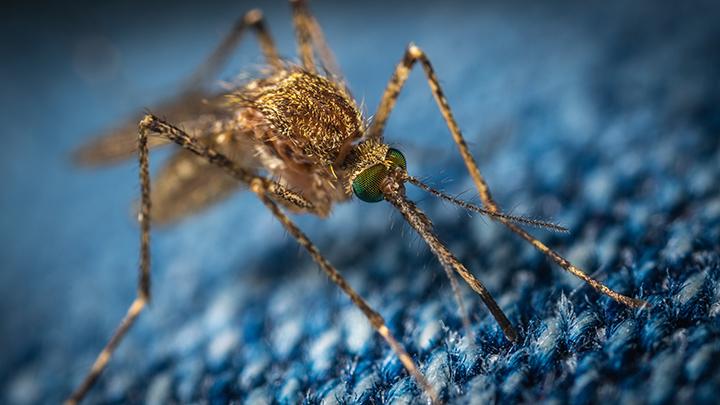 Mosquitoes are responsible for irritating bites, cause itching welts, can spread diseases, are a constant aggravation at picnics, and are ear-tormenting little beasts. No wonder they are so disliked.

Like many other things in nature’s cycle, there are thousands of different species of mosquitoes around the world, all with varying flight habits, food and climate preferences, and breeding requirements. Only two things are constant. The females need a blood supply to lay their eggs, and water in which the eggs must hatch.

These vicious blood-sucking buggers are hearty and adaptable, surviving freezing temperatures and hundred-degree heat. The mosquito “season” is year around in hot, humid parts of North America, while in other areas the cycle begins and ends at different times of the year depending on the climate. Usually, wet, warm, spring and summer months are peak times when the critters are hungriest. The northern fringes of the United States and all of Canada have the shortest mosquito seasons.

So where’s the heaviest concentration of these creatures? You’d think some place like the Florida Everglades. Well, the experts say the Alaskan and Canadian tundra are the most infested areas. In fact, in the arctic, mosquitoes hatch in such multitudes that they can turn the sky gray.

If you want to get technical, the pesky mosquito is a member of the fly family, having the mouth parts elongated into a proboscis equipped for piercing and sucking. They have scales on their wings and antennae which are markedly hairy in the male, but less hairy in the female. They are also one of the most irritating insects known to man, always managing to buzz their way into our otherwise peaceful lives.

Only the adult females bite, as they need a protein blood meal to develop the eggs before they can reproduce. In fact, females can sip almost twice their own weight in blood. The male has different mouth parts, and must be content to be a vegetarian, supplementing his diet with nectar and plant juices.

Mosquitoes find their victimsboth human and animalby flying into the wind and picking up sensor beams which they follow to their meal. These beams include the concentration of carbon dioxide which is emitted with exhaled breath, and lactic acid which is produced by muscle movement. Moist skin and a warm body is an immediate target, and the female is able to detect the slightest change in temperature. They know when you’re near!

These heat-seeking insects are drawn to dark colors, hair, and fur, but are also drawn to people because of scented grooming products like after-shave, perfume, cologne, and body lotions, as well as perspiration and body odor. Yet humans and animals are not their only victims. They also go after birds, frogs, turtles, and even snakes.

Thankfully, other wildlife that share the same habitat, such as dragonflies, water insects, fish, water and insectivorous birds, and bats prey on mosquitoes. Although it’s of little comfort, mosquitoes have pests bothering them too, in the way of tiny mites and midges.

While the biting female appears to have a simple tube-like snout, it is actually a protective sheath around a hollow, flexible canal up which blood is drawn, a saliva duct that carries anti-coagulant into the wound, and four cutting stylets to penetrate the skin as they work alternately up and downsort of sawing or stabbing their way through.

When a mosquito penetrates a victim, it injects saliva to ease the blood flow which also acts as an anesthesia on the skin in order for the insect to bite without being initially detected. The substance then creates an allergic reaction on the skin, it itches, we scratch, and this develops into a welt.

Worse, some types of mosquitoes are capable of carrying and transmitting a variety of diseases, including malaria, yellow fever, dengue fever, as well as four major types of encephalitis (a viral disease causing inflammation of the brain). However, organized mosquito control in North America has greatly reduced the incidence of these diseases.

With a mate and a blood supply, the female needs only water in which to hatch her eggsthe smaller and less disturbed the better. In her 60-day life cycle, she can lay thousands of eggs in puddles, birdbaths, watering troughs, rain barrels, and pet dishesin clean or foul water, it makes no difference. Eggs thrive in stagnant water, as well as in a humid swamp or marsh. Breeding sites are as diverse as depressions in the woods, gutters and flat roofs that hold water, sewage pipes, discarded tires, old tin cans, and basins in city streets. For some species the life cycle begins in a week to 10 days, or eggs can lie dormant for several years just waiting for water.

After hatching, mosquitoes quickly go through the larvae and pupae stages before reaching adulthood. Just hatched larvaeknown as “wigglers” because they squirm like worms in the waterare equipped with a breathing tube opening near the end of the abdomen. They eat constantly, feeding on bacteria, pollen, and microscopic plants. Some species also eat other mosquito larvae.

The pupae is known as a “tumbler” because it rolls and tumbles through the water, staying near the top so it can breathe. Usually within two weeks the adult mosquito emerges for its seasonal existence, with the male living about half as long as a female.

After a couple of weeks the female is looking for its blood supply, and is ready to reproduce. Humans are also ready to whack them whenever they land on their skin, but that age-old method of swatting the biters is only effective in eliminating that one particular insect.

There are trillions of mosquitoes all over North America, and experts predict the ratio of people to mosquitoes each season at about 1 to 41,000.

Ouch! Public agencies in the United States and Canada spend millions of dollars annually trying to eliminate them or at least control them.

As each individual has a different level of attractiveness to mosquitoes, so every hiker, camper, hunter, fisherman, boater, and other outdoor enthusiast has a favorite personal remedy for warding off the annoying insect.

Early man spread mud and animal fat on his skin to prevent bites. As we became more sophisticated mosquito-deterrents included pine oil, camphor, citronella, pennyroyal, cedarwood, eucalyptus, wintergreen, turpentine, and oil in any form. Orange peels worn around the neck were also believed to be effective.

Today there is a wide variety of repellents (sprays, creams, and lotions), but these do not drive mosquitoes away, they merely confuse the insect’s sensors so they aren’t able to recognize you as a potential meal. The repellents keep the pests from biting (rather than killing them), and when they start buzzing around again, it’s time to re-apply to all exposed skin, and sometimes even your clothing.

There are endless remedies to ward away mosquitoes, and Avon’s Skin-So-Soft Bath Oil seems to work wonders. There’s also OFF, Cutter’s, Ben’s, Repel, Ben’s Max, and other products with DEET (N, N-diethyl-meta-toluamide). If you want to avoid DEET-based repellents, look for Tender’s Natrapel. These come in a variety of usesnon-aerosol pump sprays, liquids, squeeze bottles, aerosol cans, single-use foil packets, towelettes, and lotions. To keep a yard mosquito-free, Raid Yard Guard seems to have a proven track record. Remember, these are all temporary solutions.

However, when mosquitoes do get through the defenses, and you are bitten, there are a few things you can do to help stop the itching. It is recommended the bite be swabbed with household ammonia every hour or so; calamine lotion can be dabbed directly on the bite; and if the itching persists, take a cool bath or shower.

But wait! Not everything works as it is meant to. Some years ago a British publicity stunt for a new repellent backfired when 3,000 starved mosquitoesreleased into a booth with a model slathered with the new productescaped and attacked the audience of businessmen and journalists who were there for the demonstration. Wonder if that same firm is going to demonstrate a new shark repellent?