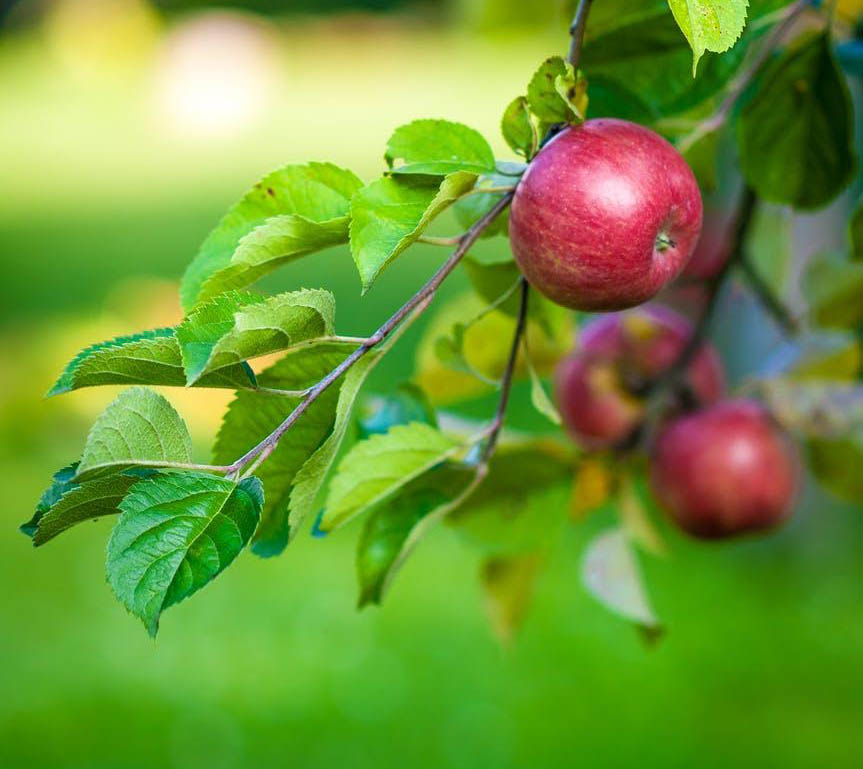 After originating in the semi-arid regions of the middle east, espaliering (is-‘pal-yer-ing) became a commonly employed fruit tree growing method of the Greco-Roman world. Later, during the so-called “Dark Ages” after Rome’s fall, these techniques were kept alive in isolated monasteries.

Once you realize just how minimal the space requirements are, and how productive the results, you’ll understand why espaliered fruit trees were so common along the inner walls of castle courtyards and walled cities.

Aside from regular pruning and shaping of the growing fruit trees (which you do to fruit trees anyway), the only real requirements are a minimum of six hours of daily sunlight throughout the growing season, and sufficient water. This makes south or east facing walls ideal growing locations.

The horizontal method involves nothing more than training the trees to do most of their growing horizontally. Normally this is done using spaced horizontal supports fashioned of wood, wire, or metal in much the same manner as grape vines are grown. I’ve had equally good results using nothing more than stakes and soft string.

Beginning about 15 inches above the ground, run each horizontal support about 14 inches above the last, until you’ve reached a height of about 6 feet. Next, plant one-year-old fruit tree “whips” (preferably dwarf or semi-dwarf varieties) about 15 feet apart along the line of supports. Using very sharp pruners, snip off the top of each whip, right at the lowest support.

With frequent waterings it should only take a few weeks until the young trees begin vigorously branching off, right at the point where you’ve cut it off. Once these sprouting branches are about an inch long, select three of the most vigorous, and trim away the rest. After they reach a length of three or four inches, select two and use strips of soft cloth to fasten them horizontally along the bottom support. The third branch is simply allowed to grow vertically until it reaches the next support, where the snipping, branching, and training process is repeated. Once the growth of the tree’s main trunk has reached the top most support, use only two of the branches that sprout, training them both to grow horizontally along the top wire. After the trees have become established, prune away every branch that tries growing forward or backwards away from the supports. Each year after the fruit ripens, but before the leaves start to fall, prune off all the new branches at a point three leaf-groups away from each of the main limbs. Keep the limbs pruned off at a point seven inches away from the main trunk.

A second espaliering method which uses these same basic techniques ensures an equally productive, but dramatically more eye appealing, planting of fruit trees. In order to produce palmette (fan shaped) espaliers, you’ll need to place your first horizontal support about 30 inches above the ground. Again, using year old whips of the desired varieties, plant one every 15 feet along the supports. Prune each one off 20 inches above the soil’s surface. Allow only the two best budding branches to grow. Attach pieces of wooden lath solidly to the supports at 45-degree angles, and use strips of cloth to attach each of these branches to one of the laths.

Later, branches are removed, pruned to length, allowed to grow, trained, and supported until each tree has filled up its allotted space. From that time on, they’re simply pruned regularly using the same methods already explained for horizontally grown espaliers.

The third technique, cordon espaliering, is also quite dramatically eye catching. My experience with this method comes from seeing the meticulously perfect work of my sister’s fiance.

He starts with sturdy upright supports spaced 20 inches apart, and attaches horizontal strands of heavy galvanized fence wire at 2, 4, and 6-foot elevations. Next, every 30 inches he wires a sturdy 8 or 10-foot length of bamboo pole (1×3 furring strips work just as well) to these horizontal wires, leaning each pole at the same 35-degree angle. He plants a single one to three-year-old dwarf fruit tree at the same 35-degree angle at each pole. Using cloth strips or soft jute cord, he then ties each tree loosely at several points along the angled support.

He uses this cordon espaliering technique to form edible and picturesque living fences around smaller properties and estates. When planting small orchards he spaces rows of trees trained in the fashion either six feet apart (as done in Europe) which is perfect spacing for a hand cart, or nine feet apart, which is ideal for driving a pickup between the rows during harvesting.

Horizontal or palmette espaliers can readily be grown in rows with this same row spacing, and in fact are often grown that way in much of Europe.

I prefer using these growing techniques right along the house walls, or porch edges, as these plantings made 6 to 24 inches away from the walls not only guarantees an abundance of ripe fruit in close proximity to the kitchen, but during the summer’s heat the deciduous leaves provide some cooling shade.

Forcing fruit trees to grow more horizontally greatly increases the number of fruiting spurs, while reducing both sucker and leaf growth. We’ve found that once your trees are well established, the area between the trunks provides an ideal location for plantings of low growing herbs and vegetables.