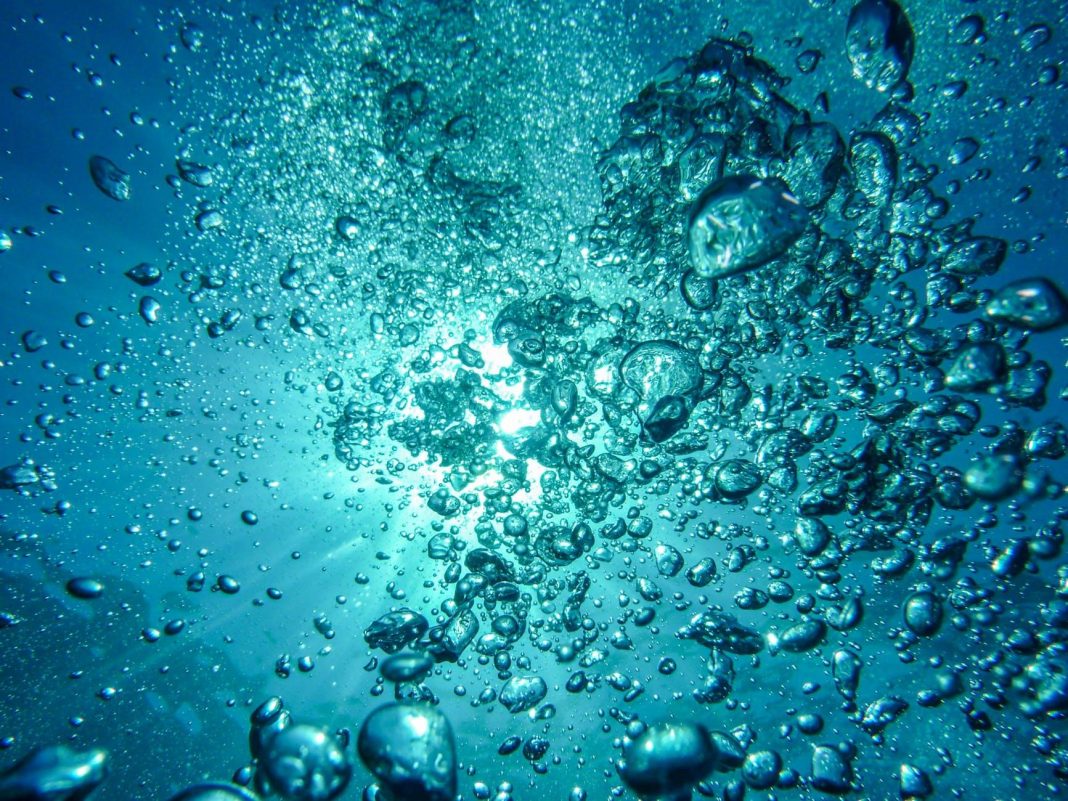 That remote mountain property seemed like a steal until you found out you could not drill a well. Four years ago we were approached by a professional couple from a major city, who had just purchased property in the very remote mountains of Idaho. After selecting the perfect site to build their dream retirement home, their well driller came up dry after drilling multiple wells over 500 feet deep.

Although their site included a spectacular view of a fast moving Idaho stream, this water passes through a wilderness area which is home to bear, elk, and fish all sharing this same water supply. Since there is a potential for water contamination from both animal wastes and decaying material, and hauling drinking water miles from the nearest town did not seem practical, an alternative water system was needed.

At one time or another, almost all of us have quenched our thirst directly from a stream in the woods, but an occasional drink does not offer the same health risk as permanently supplying all residential drinking, washing, and food preparation water needs from an untreated water source. Although a large segment of the world’s population still uses untreated surface water for their daily needs, water related illnesses are increasing dramatically as population density and waste levels rise.

Recent media stories of widespread illnesses caused from eating unwashed fruits and vegetables are now commonplace, and soap alone is not effective if the rinse water is untreated.

Just when the lack of an adequate water supply for this home was developing into a major problem, we were completing the design of the solar energy system to power this off-grid dome home. When it became apparent the water issue could jeopardize the entire project, we began contacting manufacturers of water treatment equipment for a solution.

Although there are many commercial water purification systems on the market, most are either too large or require more electricity to power than most off-grid solar electric systems can provide. After further analysis, we designed the simplified site built system shown in the accompanying piping diagram.

Initially, a local backhoe operator dug out an area along the creek bank and buried four 3-foot diameter concrete culverts stacked on top of each other. Being in creek gravel, this infiltration well quickly filled with water from the creek and provided an unlimited supply of untreated water for pumping up to the home site. Unfortunately, a major rain upstream caused a significant storm surge which totally carried away everything but the end of the wiring that had been connected to the two now missing (and expensive) submergible pumps.

We wanted to avoid using a skimmer type inlet due to the constant need to remove debris and high risk of damage from this fast moving stream. Therefore, a shallow drilled well, approximately 30 feet deep, was located higher up the creek bank. This shallow depth well in loose rock near the creek also quickly filled with surface water, but was no longer in danger of storm damage. Now with a good source of untreated water established, it was time to design a low energy water purification system.

Pumping water requires lots of energy and AC pumps would require operating a generator all day due to the very limited capacity of the planned solar photovoltaic system. Therefore, a two-stage low pressure/high pressure pumping design was developed with two pumps installed in the shallow well. Near the bottom, a slow flow 24-volt DC Solar Jack pump was installed which supplies a slow but constant water flow throughout the day from the shallow well up to the higher elevation home site. A 120-volt AC pump was installed higher in the well, having a high flow rate and powered directly from the generator. Due to the danger of forest fires and occasional garden watering needs, it was decided this two pump design provided both energy efficient low flow and emergency high flow requirements.

Since it takes most of the lift capacity of the slow flow DC pump to raise the water from the well up to the ground floor elevation of the new house, this low pressure flow could not be connected directly into the home’s plumbing system which requires short periods of high pressure flows throughout the day. A 500-gallon 3 foot-high by 5 foot-diameter 5/16-inch wall plastic storage tank filled directly from the low flow well pump was installed in the ground floor utility room. A pre-filter was installed in the piping from the well to the storage tank after finding that the creek water was usually cloudy and would deposit sediment in the tank which required monthly clean out.

A ball float switch is used to activate the DC well pump when the water level in the tank is low, and turn off when full. We soon determined the 500 gallons of water storage did not cycle the tank satisfactorily with a low pump flow, so the water level was lowered to approximately 300 gallons which provided much better tank cycling. The 300 gallons of stored water seems to easily meet an average home’s water requirements for several days. This slow pump and storage tank design combination would also help solve capacity problems with sites having slow recovery deep drilled wells, by using a second pump and a tank as a buffer.

The generator-powered AC pump is not used to refill the storage tank, although a hand operated bypass valve allows backup filling if the slow pump fails. A Dankoff high-pressure pump powered by a high efficiency 24-volt DC motor was connected to a bottom fitting on the storage tank. This pump is extremely energy efficient and has a very low power drain on the solar charged batteries, but its close mechanical tolerance requires a particle filter between the tank and the pump inlet to remove pump damaging sand or grit. This DC pump supplies the home’s conventual plumbing system from the storage tank once the water has passed through the site built filtering system.

All pumps require a very high initial in rush of electricity to start pumping from a no flow state. By using a very large expansion tank, all pumps will run longer after startup, but will also stay off longer before system pressure drops. This significantly reduces short cycling of the pumps, which reduces both pump wear and electrical system demand.

After the stored water has left the tank and passed through a sand filter to remove all solids and particles, this water passes through dual carbon cartridge filters. Only one carbon filter is in use at a time, and the flow can be quickly valved over to the second carbon filter allowing filter replacement as needed.

The carbon filters remove all taste related problems associated with many well water systems, and also reduce minerals that can cause scale buildup on plumbing fixtures. Replacement cartridges are also available to remove lead if needed. At this point the water is as mechanically clean as possible, but microscopic bacteria can easily pass through even multiple stages of mechanical filters. The final stage of water purification is an ultraviolet water purifier.

This unit includes a 254-nanometer wave length ultraviolet light at the correct intensity to kill all bacteria, mold spores, protozoa, viruses, and pathogenic microorganisms typically found in untreated surface water. This innovative device consists of a stainless steel cylinder having a water inlet and outlet at each end. Down the center is a high pressure quartz glass tube containing an ultraviolet fluorescent tube lamp. Due to the narrow water chamber formed between the outer glass wall and the inner steel cylinder, all of the water passes closely around and along this ultraviolet lamp before exiting. Keeping water flow under 7 g.p.m. allows more than enough exposure time to kill all micro-organisms. Commodes, yard hydrants, and laundry equipment not requiring this level of water quality can be connected to the pressurized system at a point ahead of this filter.

It should be noted that testing of ultraviolet light filters has shown some bacteria can “swim” short distances past the light after flow has stopped and the light turned off. Some models now include a quick action automatic valve to address this issue.

Note the flow switch located to the left of the ultraviolet water filter shown in the photo which was designed to turn off this unit as soon as water flow was stopped to reduce energy use. Although we were careful to use a very high quality and sensitive flow switch, we still had concern that the water system could be contaminated if this light ever failed to turn on quickly. After determining that the solar charged battery system had the capacity to operate the low wattage lamp continuously, the homeowner now unplugs this unit only during winter system shut down and system draining.

The pumping diagram shows how both well pumps supply the filtering system through individual check valves. This was necessary to insure garden watering would not quickly back drain the storage tank. Garden watering should only take place when the generator is operating to power the AC pump directly. The manual bypass valve shown piped around the check valve in the AC pump line allows the pressure switch controlling the AC pump to “see” the yard faucet pressure drop. Without this manual bypass, this pressure switch would shutoff the AC pump once the home’s domestic water system was at full pressure, even if all yard faucets were wide open.

Although using two or more pumps and a large un-pressurized holding tank at first appears to be complex, this system offers solutions to many off-grid domestic water problems including:

• Low energy pumps can be powered directly from a solar charged battery without using an inverter.

Since water quality is becoming a hot button issue for this country, a low energy solution is needed for off-grid homes. The system described in this article should provide very good health protection when using surface water. However, each water source is different and should be tested prior to final filter equipment selection. The storage tank also offers an ideal point to add Clorox or iodine treatment on a regular schedule for those really difficult water quality issues.