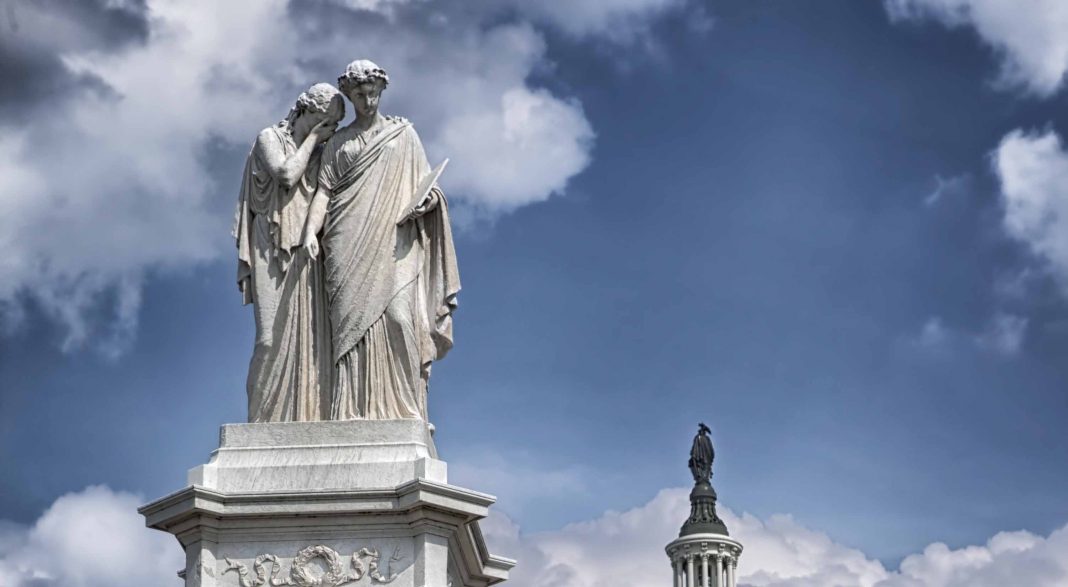 Right after the shooting of 20 children and 6 teachers at the Sandy Hook Elementary School in Newtown, Connecticut, I was asked by several people, “Does anyone really need assault weapons with high-capacity clips?”

My short answer was, and still is, “Yes.”

When that elicits surprise, I add, “Why do cops need them?”

The usual response is, “To protect us.” What I then explain is, “Cops have no obligation to protect you. Even if they promise to protect you, they don’t have to, and they can’t be held accountable if they don’t. No police organization in this country includes in its charter the obligation to protect you. Their sole purpose is to serve the government. No citizen has ever won a case in court when they’ve sued because a police organization failed to protect them. Cops don’t even have to stop a crime if they’re witnessing one, and this has happened with undercover cops and cops on stakeouts who have witnessed heinous crimes and done nothing because they didn’t want to blow their cover. In 2005, the Supreme Court ruled that the job of police is not to protect us, but to enforce the law.”

If I’ve been allowed to get this far, I also like to add, “If the cops need the kinds of guns you would like to see outlawed, then I want them too because cops almost never show up to stop a crime, but only to take a report.”

As for more stringent laws, more gun laws aren’t going to prevent mass shootings. We have more than 20,000 gun laws on the books at local, state, and federal levels and they couldn’t stop the Sandy Hook shooting.

However, if we really want a solution to shootings in schools, there is a solution that has worked: Israel had a problem with terrorists attacking schools, and a major part of the solution was to allow teachers, who became proficient with guns, to arm themselves. With the Israeli model, the goons just don’t know which teachers may be armed and when. It worked and Israeli schools became safer overnight.

The Israeli model for protecting children in schools goes hand in hand with the argument and statistics presented by John Lott in his book, More Guns, Less Crime. His statistics show that for concealed carry weapons to be effective deterrents against crime, it is not necessary for everyone to be armed. In counties in the U.S. where it is legal to carry concealed firearms, crime dropped dramatically.

Still, there are those who believe we would be better off with no private ownership of guns, so let’s examine the real reasons for gun ownership.

We own guns for self-defense.

We own them because they’re fun, just as Corvettes, Lamborghinis, and even my Honda Accord is fun.

Is there an American dictatorship on the horizon? I don’t know. But no one could have predicted, at the close of WWI, that a country as cultured and civilized as Germany would have devolved into a nation with a government that would prey on its own people and citizens in neighboring countries, killing at least 12 million civilians because they were Jews, Gypsies, Poles, homosexuals, those with birth defects, etc.

Hundreds of studies based on an original experiment posed and conducted by Stanley Milgram, a renowned Yale University professor of social psychology, have been carried out in the almost seven decades since WWII ended to explain how a country like Germany could have turned so barbaric. What has been concluded, again and again, across many cultures including our own, is that people, no matter what their nationality, will “follow orders” and torture their fellow citizens. The studies found that roughly one third of any large population would willingly do what the German people did.

Now, imagine the difficulties Hitler and his gang would have had if the people he persecuted been armed to the teeth as the American people are today. Remember the Warsaw Ghetto where Jews made a heroic last stand on the same level as the Texans at the Alamo or the Greeks at Thermopylae? Imagine if the Jews and the others murdered had not surrendered their personal firearms when the new Nazi regime first imposed gun control? How much attention would the Nazis have had to give to a guerrilla war at home, fought by people they couldn’t so easily murder because they fought back? The irony is that, had the Jews, Poles, Gypsies, etc., been armed, not only would more of them have lived, but more Allied soldiers would have lived, also.

And Germany was not an aberration. In the 20th century in the Soviet Union, 20 to 60 million died under Stalin. In China, at least 50 million were murdered, and some estimates run as high as 120 million. In Cambodia, at least 1.7 million died, as did millions in Turkey and millions in other countries — and all of these countries became “gun free” zones before the atrocities began.

How successful would these government pogroms have been had their genocidal victims been armed and able to resist? On the other hand, I don’t believe any government-sponsored massacres have ever happened where the populace was armed.

So, are Americans in any danger?

Maybe! Our own government has been at war with We the People ever since the early days of the Republic, at least as far back as the Alien and Sedition Acts of 1798, which were designed to prevent criticism of government. And before oppression of blacks in the postbellum South was possible, blacks were “lawfully” disarmed so they couldn’t resist. When Indians were committed to those uniquely American concentration camps we call reservations, they too were legally and lawfully denied access to weapons, as were the Japanese-Americans interned during World War II.

Are guns dangerous? Yes, they kill! They’d be useless if they didn’t. But just as we trade more than 30,000 traffic deaths a year for the benefits of cars, trucks, and motorcycles, there are benefits from widespread gun ownership, including ownership of those high-capacity magazines that help make us the equal of an armed government should it turn against the people.

We shouldn’t assume tyranny is impossible here. As I’ve pointed out in past columns, it seems we’re putting in place more laws each year that would make a dictatorship possible. Laws prohibiting modern personal weapons would be the last brick in the wall. And as horrible as the shooting at the Sandy Hook Elementary School was, we cannot let it become an excuse to disarm an entire nation.