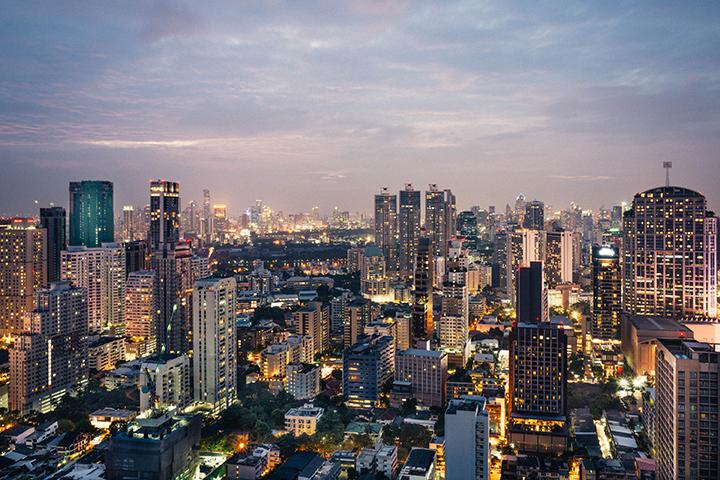 Rosie Bley’s self-reliance and confidence has served her well all her life, permitting her to live in one of the most remote areas of California and to meet the challenges that the lifestyle unexpectedly thrust in her way. Bley is a businesswoman in the tiny Klamath River community of Happy Camp, about halfway between no place and nowhere, in the forests along the border of California and Oregon.

In March, 1986, she left southern California for a trip north, anywhere north just to get away from the congestion and complexities in the area where more than two-thirds of California’s 30 million people live. By chance, she drove down the Klamath River and “I immediately knew this is where I wanted to live.” Rosie returned to southern California, sold her home, and bought a place in Seiad (S[eye] add), which consists of a few homes, a store, and a firehouse.

The Klamath River area is nearly all Klamath National Forest land with a small percentage of private holdings, mostly old patented gold mining claims that were deeded before the U.S. Forest Service was created. 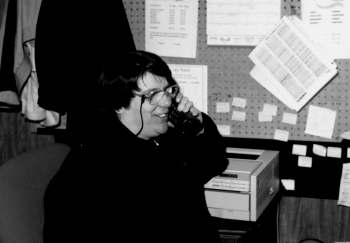 Among the pine, fir, cedar, madrone, and oak, she lived for four years until she met and married Robert Bley in 1990, and made their home in Happy Camp, a small town 18 miles farther west. Her husband was a career timber worker, employed in an industry that collapsed in 1993 with the federally-ordered reduction in timber harvest. Misfortune struck after Rosie’s mother was diagnosed with cancer and was brought to the river country for her final days.

Her mother wanted a computer, expressing interest in learning to operate it before she succumbed to the disease. Rosie did as her mother wished but Rosie, who had no computer experience, had to learn to run the device in order to show her mother its operating nature. While her mother learned only the rudiments before her death, Rosie continued to teach herself all the intricacies of the electronic device, integrating her previous layout and design experience from a drafting table into a computerized environment.

Before their marriage, her husband, who had been a resident for more than 35 years, had acquired the property where he had lived as a boy on Indian Creek with the hopes of fixing up the shell of a house someday. But needing a place to live after they married, they bought a home for their new life together. Two years later, the couple had a son. Then problems arose when Bob was injured and underwent surgery on his neck and hip. Rosie worked at one of the local grocery stores and continued her self-taught computer education while Bob recovered from his surgery. Disability income isn’t enough to maintain a household, so Bob looked at careers that might allow him to continue to live in Happy Camp. Since he had a great love for children, the best bet was the elementary or high school.

Because a school teacher education would take him so far away for so long, it was with mixed emotions that Rosie finally told her husband to get on with his training and she would manage somehow. At the age of 38, the former mill worker started his academic education at a community college more than 100 miles away. In the meantime, Rosie had to find gainful employment in a place where employment outside of business ownership is virtually non-existent. For five years she had worked at the local grocery, but after the timber harvest reduction hit, that grocery, one of two in the community, converted its business to a pizza restaurant. Rosie had become adept enough at desktop publishing to go into that business from the Bley home where one of her best customers was her former employer.

Business thrived, at least to the point that she could make a moderate living, and with that, coupled with Bob’s retirement money from the mill, they managed to survive. By then, his disability had run out. When the retirement money ran out, they sold Bob’s boyhood property. In 1996, she took an entrepreneurial business class offered by extension in Happy Camp from the same community college previously attended on-campus by her husband. One of the class members was Mike Trombetta, a retired telephone company telecomputer specialist.

Trombetta and his wife, Janice, moved to Happy Camp six years ago but they didn’t retire long. Janice worked for a gold mining organization, and Mike taught school as a substitute and did some computer consulting.

Bley and Trombetta found that both had considered a computer supply and general stationery business for Happy Camp, a resource absent in the hurting community. In spite of the economics caused by the mill closure, Rosie’s self-confidence, coupled with Mike’s own self-assured attitude, convinced them that an office supply store might be economically feasible. The two potential partners traveled to other small economically-hurting timber communities, interviewing business owners about the market potential for everything from pencils to computers.

In June, 1996, just four months after the college course, Office Outfitters opened its doors in a section of the town’s only general merchandise store.

Rosie moved her desktop publishing equipment to the new location and Trombetta provided computer consulting. Their business also features office and school supplies, public fax, copy service, and many other necessary goods and services of that nature.

Little more than a year later, Trombetta became involved in a successful funding effort to locate a state-of-the-art computer center in the community, and in late 1997 it became a reality with Trombetta as the director. Because his new responsibilities are full-time, Janice quit her job with the mining business and took over her husband’s store functions to work alongside Rosie.

The Bley’s still have some moderately difficult economic times but Rosie wouldn’t have it any other way. Bob is in his fourth year of the five-year education process, now attending a university in southern Oregon about 100 miles northeast of Happy Camp. He spends his weekends at the Bley’s forested home near Indian Creek. During the week, Rosie “commutes” the mile or so from her creekside home to her own business, dropping her young son off at kindergarten or day care.

It’s 75 miles to the nearest town of any size and a million miles from southern California’s teeming masses, and it is exactly what Rosie wanted in life. Now she has gotten more than she expected. “We could move back to a bigger area, where my husband could go to school, then teach, and I could make more money. But here I have a vocation that I love, a strong and endearing family life; I live in one of the most beautiful places on earth, in a town where everyone is like family, and soon my husband will be finished with his education and come home to stay. I have been blessed.” 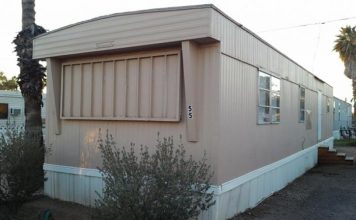