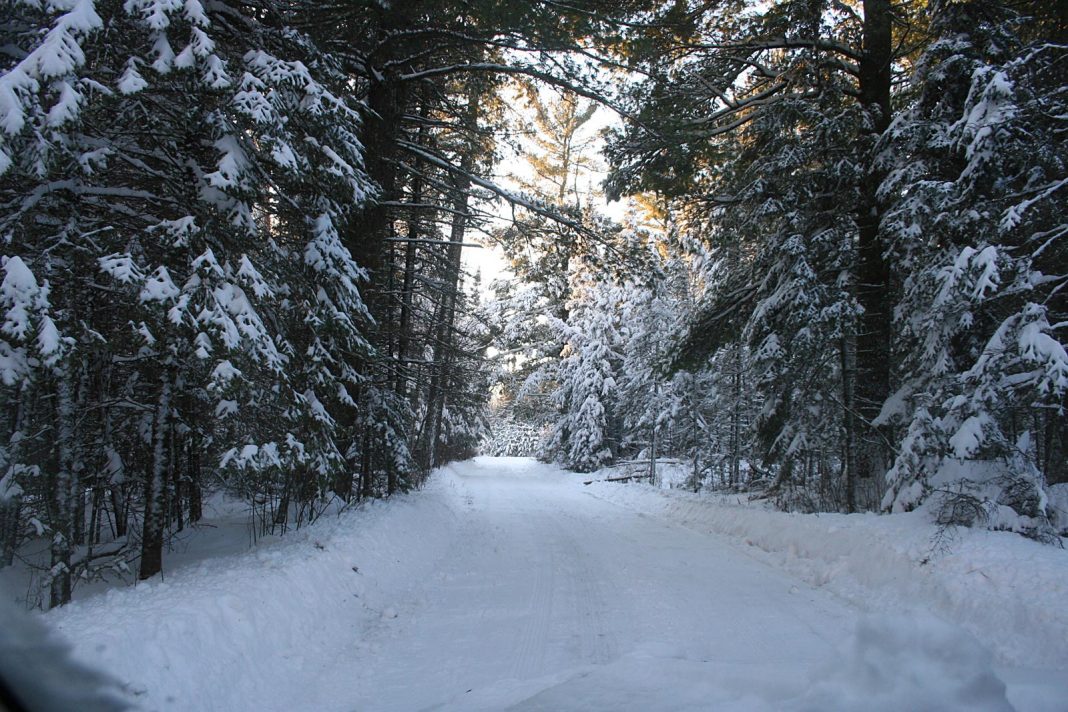 We knew we were going to get hit by a big snow storm and rushed around to get ready as they were forecasting up to eight inches of snow. There are always things to put away and pick up, making sure there’s room to snow plow and not have things buried until spring. Then we hauled extra hay, moved the horse and mule back into the small pasture, the donkeys into the same one, and bedded the goats extra well. The snow scoop was hung up on the front porch and the broom Will sweeps the solar panels with stood in the corner. Will hauled in extra firewood with Mittens “helping” by riding in the wheelbarrow. Then it started to snow, and snow. Pretty soon the wind picked up. Yep, the storm was upon us. All night it snowed and blew with gusts up to 35 mph. I got up to go to the bathroom at 3 AM and with a flashlight, looked out front. I couldn’t see the storage barn, 50 feet from the house. So I put another log on the fire and climbed back into bed.

Sunday morning, it had stopped snowing and the sun was out. Ahhhh, so nice. But boy, was there ever snow out there — and not eight inches! It was a foot, plus some drifts three feet deep. So we played clean-up all day. Will tromped his way to the plow truck and fired it up while I took the snow scoop and started shoveling snow in a path toward our car. He started plowing, making a trip out the mile and a half long driveway to the county road while I shoveled and swept the snow from around the car and over it. By the time he was back, I had started the Escape and was running the defrosters. He plowed a spot for me to park then kept on for another pass on the drive. I moved the car then started in on David’s Fusion. David had gone down to our grandson, Mason’s, birthday party with his 4×4 Yukon and was gone before the storm hit. With the cars dug out and re-parked, I began shoveling paths to the duck house, below the house, and then the goat barn and chicken coop. Yep, I took lots of breaks so I didn’t have a heart attack. There was lots of snow out there!

Today the sun’s out again and Will’s doing a little more clean-up plowing on the driveway. I’ve got clothes to wash with the new wringer washer, and with the sun out, there’s no need to run the generator! (If you’d like to see what it’s like using this old-time washing machine, check out my article, Wash Day, in Issue #130 of BHM or the Twenty-second Year Anthology.) I’m so glad to be able to wash clothes again with sun power. Today the drive and paths are clear, the sun is making the snow sparkle, and the pine trees are just gorgeous on the driveway. — Jackie