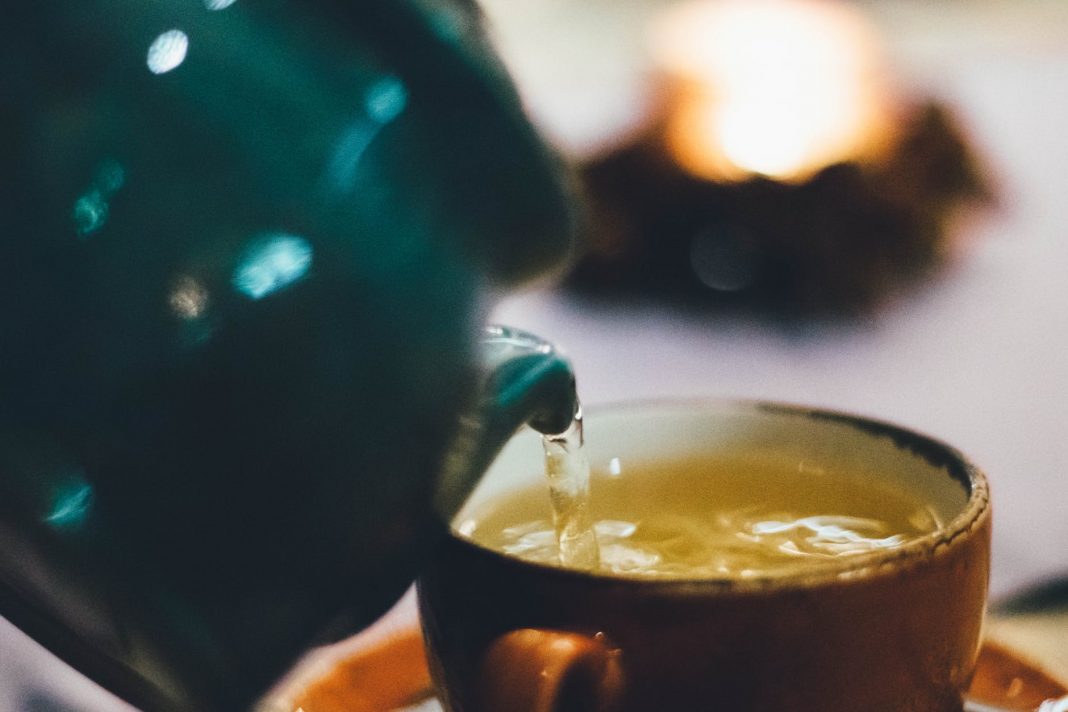 Whether young or old, lying in the grass and searching for four-leafed clovers is timeless fun. Sometimes they’re so elusive, like the leprechaun, it seems they don’t exist.

We can find the more common leaves-of-three, though, nearly anyplace we look: In yards, pastures, forest meadows, and of course, there’s the Irish Shamrock chosen by St. Patrick as a symbol of the Trinity. Clover is even the state flower of Vermont. We see it growing along roadsides, in the clover-leaf-shaped entrances and exits of interstate highways, and it pops up in music, too:

I’m looking over a four leaf clover that I overlooked before.

Even if we can’t find a four-leaf clover or a leprechaun, we’re still lucky. Clover is one of nature’s best gifts to life on earth, a boon for humans, animals, plants, even dirt, and through time, wise people have not overlooked this amazing legume, Clover (Trifolium).

All legumes, like clover, are able to take free nitrogen from the air to fix in nodules on their roots, called “nitrogen fixing.” This is the way legumes, such as clover, provide themselves with the nitrogen they need to grow. The excess is left in the soil in a form that is much easier utilized than chemical fertilizers and in greater quantities than fertilizers or manures. True organic farming and gardening is nearly impossible without legumes in the crop rotation. Since clovers rate as some of the highest nitrogen-fixing plants, second only to alfalfa, clover is excellent for conditioning soil.

Used as a winter cover crop, clover replenishes the soil’s nitrogen, and its roots bring micro-nutrients closer to the surface. Tilled or plowed under in the spring as a green manure, clover returns phosphorus and potassium to the soil. In warmer regions with longer growing seasons, it’s possible to plant clover early in the spring, even a couple of weeks before the last frost, to condition soil for summer planting. With either fall or spring planting, it’s excellent in a rotation with heavy nitrogen feeders like corn or tomatoes. If the variety of clover grown is large and the growth thick, it may be necessary to cut the clover before turning it under.

Clover leaves helps prevent erosion during heavy rains by catching the raindrops, slowing them, and keeping them from pelting the dirt. The rain drips from the leaves or drains down the stalks, giving the soil time to absorb the water.

Most of us are familiar with white Dutch clover (T. repens) that grows so readily in yards with its recognizable three leaves. We also have, in addition to white clover, red (T. pratense), crimson (T. incarnatum), hop (T. aureum), Alsike (T. hybridum), Ladino (T. repens forma lodigense), and many other varieties. Some people wonder if crimson and red clover are the same, but they’re not. If their names don’t cause enough confusion, they also look alike and can easily be mistaken as the same plant. Once you see their differences, though, it’s easy to identify them, even when they’re not side-by-side.

Under good conditions, they both grow to similar heights, the red a little taller. Red’s green leaflets have a lighter green “V” in the middle, like a chevron. The flower is light red, a magenta hue, sometimes tending to a light purple. Crimson’s green leaflets are notched, and the flower is elongated, conical shaped, and is a dark red color.

Individual varieties of clover are adapted to the various climates and soil conditions in different regions of the country. Red clover likes plenty of water but not extremes of temperature.

Alsike clover is adapted for soil with poor drainage and fertility and will thrive in cool climates. Alsike is used mostly as a hay crop and is more nutritious than red clover, but yields less hay. In the Northeast, Ladino, a giant version of white clover, is used as forage and is appreciated because of its robust nitrogen fixing and its “creep.” Ladino is regularly grown in the Southeast, too.

Optimally, livestock forage should provide the nutrients stock need without additional feed, and for that, legumes are the best. Clovers, along with alfalfa and other legumes, provide protein, fiber, calcium, vitamins A and D, more per acre than any other forage. In the southeastern United States, where I live, clovers thrive in spring, then die off in the hot summer. The grasses sown in pasture mixes, such as fescue and orchard grass, take over until the cooler fall when the clovers begin to grow back.

It’s best to graze clover when the leaves are young, before it makes a flower. It’s most nutritious then. It’s also best as a green manure during this pre-flower stage.

Ladino is grown across the U.S. and Canada, and it makes a large amount of forage with its considerable size. It can last a long time, if managed well, and because of its creep, it’s possible to sow an acre with just a pound or two of seeds. For a thicker crop during its first growing season, you can plant up to six pounds per acre.

Care must be taken when grazing cattle on clover alone. If stock come from a poorer pasture directly onto a rich clover field, there is the risk of bloat, and bloat can be fatal to cattle.

For questions about your specific area, ask the folks at your local feed store or your local agricultural extension agent.

Grouse, partridge, and quail eat the foliage of clover, depending on what area of the U.S. you’re in. Small mammals, such as groundhogs, cottontails, marmots, and others, also eat clover. I live on an old farmstead in northeast Georgia with clovers in the pasture mix, and I regularly see whitetails and groundhogs browsing the edges of the field, as well as wild turkeys and rabbits. Seed companies, like Pennington, offer seed mixes to plant as food plots for wildlife, some of which contain clovers as an integral part of the mix. Some mixes, notably those for whitetail deer, are completely clovers. You can find products such as these at a feed or farm supply store.

Clover is a strong attraction for honeybees, also. Clover, as a single source, accounts for more honey than any other source in the United States. It is a light, amber honey that sweetens without overwhelming. In the U.S., sweet and white clover account for the most honey produced.

For humans, commercially grown clover sprouts are available in supermarkets and health food stores. They fill salad bowls with delicious crunch and taste, and they’re good just by themselves as a snack. They contain a variety of nutrients, such as magnesium, calcium, potassium, chromium, vitamin C, thiamin and niacin, and are naturally low in carbohydrates. When sprouting clover or any other seed for the table, use only true organic, untreated, seeds.

Traditional sources tell us that, while mature clover leaves are edible, they can cause bloat in humans, too, unless soaked for several hours in salt water or boiled for 10 minutes or so.

Through time, clover has been used for a variety of medicinal purposes. Native Americans used white clover leaf tea for colds and fevers, and Europeans, who introduced clover to America, used clover flower tea for arthritis and gout. Traditionally, red clover flower tea has been recommended for breast cancer, prostate cancer, as a blood purifier, an anti-coagulant, a mild sedative, a spasmodic, for asthma, and as an externally applied treatment for skin sores and cancers. It is an alterative, which means that it changes the conditions of the tissues, increasing blood flow and cleansing the blood. It is suggested as a spring tonic for those blood purifying and detoxifying qualities.

Red clover is being examined by today’s medical science as possible treatment for pre- and post-menopausal symptoms. Researchers have found that red clover contains isoflavones, or phytoestrogens. Phytoestrogens are plant-based compounds that exhibit modest estrogenic and anti-estrogen qualities, depending on pre-existing estrogen levels. Tests are inconclusive and sometimes contradictory, but experimentation continues.

Clover is abundant in the wild or easily grown by anyone. It gives benefits to the entire strata of life on earth. We are all, everyone and everything, lucky to have such a humble and generous charm as clover.

As with harvesting any wild food, when cutting red clover flowers for tea, use common sense, and cut those flowers you know to be clean of contaminants not those by a roadway, or near a trash can, or that have been sprayed with any chemicals, and don’t cut those in pastures with grazing stock. Gently rinse them. I wrap them in cheesecloth and hang them in a shady place out of the rain, where wind circulates. Depending on the weather, they dry in a few weeks. You can dry them inside on a flat sheet, in a commercially available dryer, or an oven, but I prefer to let the air dry them.

After they have dried, store them in an airtight glass jar or plastic bag. After a few days, if there is moisture showing at the top of the jar or bag, they’re not dry enough. Take them out and dry them a bit longer. My experience is that red clover flowers don’t crumble when dry, but will fall apart if you rub them between your fingers. Also, they’ll feel a little soft, but not brittle.

Clover tea is brewed just like any other tea. Don’t boil the dried flowers; instead pour boiling water over a heaping tablespoon or two of flowers, and let them steep for about 10 minutes. Drink the tea hot or iced, and of course, you can sweeten it with a dollop of clover honey. For health, the recommended dosage is three cups a day.

Clover leaf tea is light with a delicate taste, and not astringent.