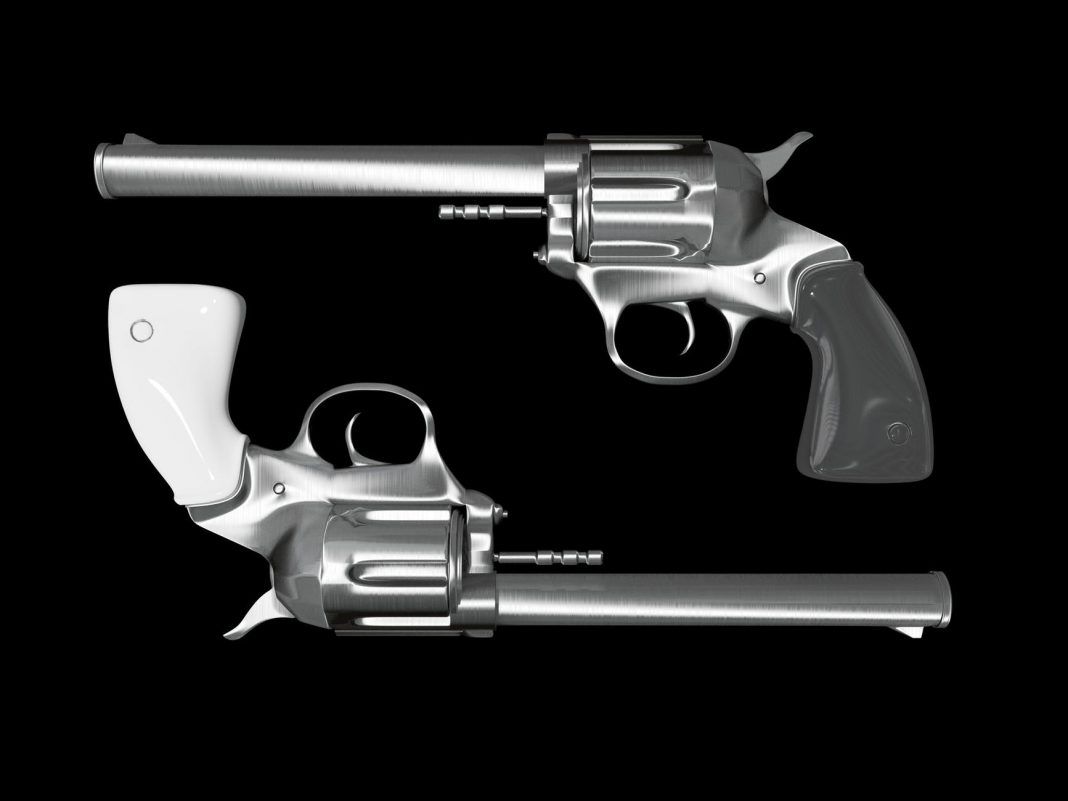 The showdown between the Federal government and the American people over gun rights may have tilted in favor of the people recently when the nation’s third most popular radio talk show host, Dr. Laura Schlessinger, told her audience she was taking shooting lessons and intended to arm herself with a handgun as a self-protection measure. Her declaration barely preceded Bill Clinton’s announcement that he wants to hire hundreds of more BATF agents to crack down on gun dealers he said were selling guns to criminals.

Schlessinger’s pronouncement is important not only because her millions of listeners trust her judgment, but because she is an acknowledged champion of the rights of children, who the Government claims are among the prime victims of accidental shootings. Her gun lessons coincide with those of a growing number of other Americans, especially American women, who are taking advantage of liberalized state concealed handgun permit laws and arming themselves in spite of new efforts by the Federal Government to pass more laws restricting the purchase and use of handguns. Not only is new federal gun legislation pending in Congress, but all Democratic and some Republican Presidential candidates say they will push for tighter federal gun control if elected.

Ironically, Schlessinger’s talk show originates in California, a state that, thanks to another high-profile woman, Senator Dianne Feinstein, has very restrictive gun laws and places tight restrictions on the ability of citizens to obtain concealed handgun permits. Like Schlessinger, however, Feinstein knows how to shoot and, in fact, has obtained one of the state’s hard-to-get concealed handgun permits for herself.

Many of Schlessinger’s listeners live in states that in recent years have made it comparatively easy for law abiding citizens to obtain concealed handgun permits, thanks largely to FBI statistics that show violent crime,
including murder, assault, and rape, drops significantly whenever such laws are enacted. Women have been applying for the concealed handgun permits at a high rate. According to John Lott, a University of Chicago economist whose book, More Guns, Less Crime , is the largest gun study ever undertaken, women constitute the greatest growth of gun ownership, with an increase of over 70 percent during the 18 years his study covers.

Although women are still outgunned by men two to one, Lott said “The National Crime Victimization Survey data show that providing a woman with a gun has a much greater effect on her ability to defend herself against a crime than providing a gun to a man.” “Rapists, ” Lott said, “are particularly deterred by handguns.”

To date, 31states have Right to Carry, also called “shall issue” concealed handgun laws, which means law enforcement officials must issue a concealed handgun permit to a citizen that has met certain criteria, such as being law abiding and having taken a gun safety class.

Nearly 80 million private citizens own more than 230 million guns in America. It works out to approximately one in every two households being armed. One third of the guns are handguns. Guns are used approximately 2,000,000 times a year to ward off a crime; in 98 percent of the cases, the mere act of brandishing the firearm is enough to stop the crime.

FBI statistics show that violent crime, including murder, rape, and assault, declined dramatically in the 31 states that had adopted the “shall issue” laws. According to Lott, had the counties in the remaining states adopted such laws for one year he studied, 1992, murders in the United States would have declined by 1,400, rapes by 4,200, robberies by 12,000, and aggravated assaults by 60,000.

Regarding accidental deaths due to handguns, which is a subject Dr. Schlessinger would be concerned about, in 1988, the last year for which complete data is available, total accidental gun deaths in the United States was 200,with 22 occurring in the “shall issue” states and 178 in the remaining states. In a typical year, about 30 people are accidentally shot and killed by citizens who mistake them for an intruder; by contrast, police accidentally kill 330 innocent people annually.

I’m sure Dr. Schlessinger is aware of all this data, and I assume it figured prominently in her decision to learn to shoot a handgun. Until last year she had not supported gun rights, and until she began taking shooting lessons, she had never even fired a gun. She told her listeners she was surprised at the “noise,” but that she enjoyed the experience and intended to become proficient in her ability to defend herself with a handgun.

And I’m sure President Clinton and Senator Feinstein are also aware of the data since most of it was compiled by the federal Government (Lott merely pulled it together as a scholastic study). But for some strange ideological reason, they cannot accept the data’s conclusions, put aside their former beliefs, and act in their own and their children’s best interest. As Dr. Schlessinger did.

Instead Clinton and Feinstein continue to press their attack against guns. Clinton’s latest efforts against gun sellers is an attempt, some say, to drive gun dealers out of business with over-regulation. Indeed, in the last six years, federal gun dealer licenses have declined from nearly 280,000 to less than 100,000, so he is having his way.

Senator Feinstein’s California has the fourth highest murder rate in the country. Unlike the senator, however, California residents have seen the light; despite restrictive gun laws and the absence of a “shall issue” law, they now lead the nation in gun ownership, with more than 10 million of them arming themselves.

On her radio program, Dr. Schlessinger comes off as honest, caring, and understanding. Her willingness to understand the statistics and act in her own and her children’s behalf shows she is all of those things.