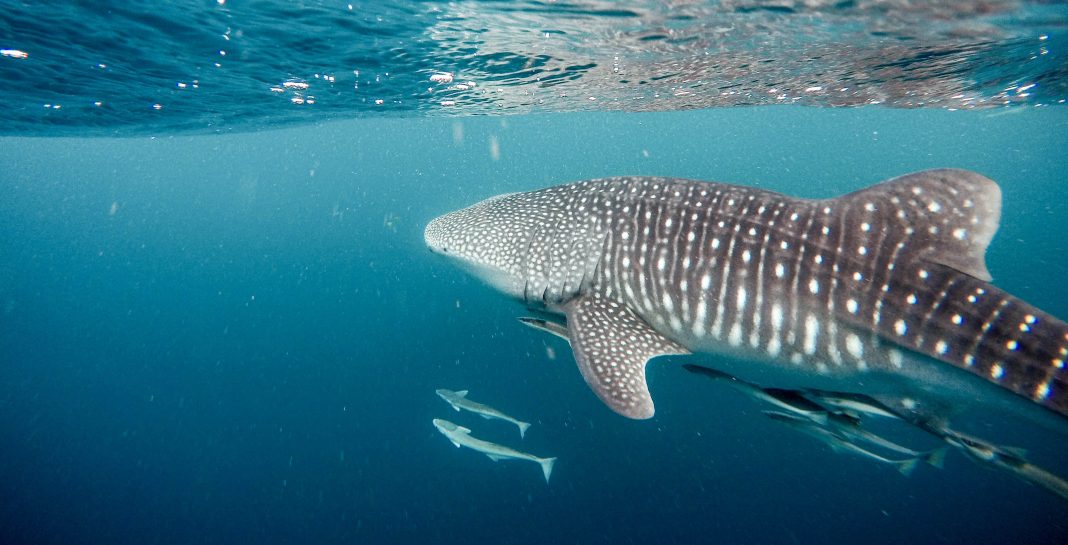 Fish were the very first vertebrates. That is, they were the first animals with backbones, the purpose of which is to sheathe and protect the nerves in the spinal column. It was a huge evolutionary advance.

There are about 28,000 species of what we call fish (not including shellfish, starfish, jellyfish, etc.). Of these, about 27,000 are species of bony fish and more than 1,000 others are non-bony fish such as sharks, rays, and lampreys. There are approximately 100 new fish discovered every year and there are already more known species of fish than there are of all other vertebrates — mammals, birds, reptiles, and amphibians — combined.

With so many different species, there are many interesting facts about them. Let’s start with two fish that can kill you without biting you. One can kill you if you step on it and the other when you eat it.

There’s the stonefish. It is the most poisonous fish known. Encounters usually involve swimmers or waders who step on them or handle them and have one of the fish’s spines penetrate their skin. The venom in the spines induces shock, paralysis, and often, death. The pain is said to be the worst a human can experience, and victims have pleaded to have afflicted appendages amputated (though I’ve found no documented instance of that happening).

To make matters worse, stonefish found in Australia can live up to 24 hours out of water and because they look like rocks and blend in with the beach, some people have fallen victim walking along the beaches barefoot.

The other fish is the pufferfish. In Japan, it’s called “fugu” and it’s eaten as a delicacy because only parts of it are poisonous. But, if you get a piece that’s even slightly tainted, where the preparer might mistakenly have touched toxic flesh then handled the piece you’re about to eat, it’ll poison you the way the banned chemical weapon, Sarin, a nerve agent, kills. The poison is called tetrodotoxin and ingest as little as 1/30,000 of an ounce of it and you may be saying sayonara. On your way out, you’ll become paralyzed but remain fully aware of what’s happening while you die of asphyxiation as your diaphragm ceases to function. Untreated, it takes an hour or less, but it’ll be the longest hour of your life. There’s no antidote, but there is a treatment: First they’ll induce vomiting and maybe pump your stomach. If you’re still sliding into the final abyss, they put you on life support and hope your body metabolizes the toxin. But that doesn’t always work, and people still die. However, if you can make it through the first 24 hours, odds are you’ll survive. Here’s a little-known fact: Fugu is the only food the Emperor of Japan is forbidden to eat. Really.

Incidentally, the toxin isn’t produced by the fish, it comes from a toxin-producing bacterium to which the fish has become immune. Fugu is now farmed in Japan and you can get fugu which is completely safe to eat — if the fish are kept away from the bacteria. But that kind of takes the fun out of eating it, doesn’t it?

Sharks hold a fascination for us that no other fish does. There are more than 350 species and there are a lot of interesting things about them (besides the fact that the largest living fish is a whale shark). For example, in at least 13 species of sharks, including the great white, the largest of the unborn cannibalize their siblings while they’re all still in the womb. In other words, before birth, they eat their brothers and sisters.

Another thing is that, though we think of sharks as being strictly saltwater fish, bull sharks have been found hundreds of miles up the Mississippi River. Bull sharks will attack people.

Of course, the shark we think of when we think “man-eater” is the great white. They are the largest of the “toothed” sharks, the biggest ones being about 20 feet long. They can swallow a man whole. But there was a prehistoric shark called megalodon, that went extinct “only” about 1.5 million years ago. It grew to more than 50 feet in length and some experts say they may have exceeded 80 feet. It was much bigger than today’s whale shark and may have weighed over 100 tons. Great whites may be today’s bad boys, but a megalodon could have swallowed a great white whole.

The largest fish today is the whale shark which can grow to more than 40 feet in length and can weigh close to 50,000 pounds. Other than actual whales, it is also the largest animal now alive. Like the largest whales, it’s a filter feeder that lives on plankton, though it occasionally feeds on schools of small fish and squid. But it doesn’t eat people.

The largest bony fish alive today is the mola mola or ocean sunfish. (Keep in mind, sharks are not bony fish. Their skeletons are made of cartilage.) Mature mola mola adults weigh more than a ton and it’s not unheard of for them to reach 2½ tons. But even the biggest are only about 11 feet long and 14 feet from top fin to bottom fin. There are longer fish and the longest bony fish alive is the giant oarfish. The longest one on record was about 36 feet long. However, it only weighed about 600 pounds because oarfish are so slender. There are unconfirmed reports of a giant oarfish that was 56 feet long, but even at that length it wouldn’t weigh as much as the mola mola, which is still the current heavyweight champ among bony fish.

The largest bony fish yet found in the fossil record is the leedsichthys, which lived 165 million years ago. Like most very large sea creatures, these beasts were also filter feeders. Because a complete skeleton has never been found, their real size is in dispute. Estimates run from 40 to 80 feet in length, though current guesses say about 55 feet, which would still make it larger than the whale shark.

There’s actually a smallest fish. It’s a type of carp called a Paedocypris progenetica. Only recently discovered by scientists, it lives in acidic swamps in Sumatra. At maturity, they are only .3 inches in length. They are also the world’s smallest known vertebrates.

The fastest living fish? The sailfish can swim at speeds of up to 68 mph. In comparison, the fastest submarine ever built was the Soviet/Russian K-162 which could travel at only 52 mph.

There are many types of fish that can generate electricity, but most can only generate low voltages they use for navigation and perhaps communication. However, some, such as electric eels (which are not actually eels, but a type of knifefish), electric catfish, and electric rays can, when they grow large, generate charges of up to 650 volts and 1 ampere which they can use to stun or kill prey and predators. These fish generate their electricity with modified muscles and nerves which have evolved to produce bioelectric fields that are vastly stronger than those that normal muscles and nerves can produce. Depending on how such a shock travels though the body, one of these fish could conceivably kill an adult human by interfering with heart function.

Most fish are ectothermic, or cold-blooded. (All birds and all but one mammal are endothermic, which means they produce their own heat and are thereby warm-blooded — the sole exception among mammals being the naked mole rat of Africa which is a thermoconformer, in that its body temperature is pretty much that of its surroundings.) However, some fish, like tuna, great white sharks, and mackerel sharks, have core temperatures that are higher than their surroundings. This makes them “sort of” warm-blooded. As with any other animal, as muscles consume food and oxygen, they generate heat and, in most fish, as venous blood returns to the heart it first passes through the gills, where CO2 is exchanged for oxygen and, in the process, the heat generated in the muscles is dissipated into the water. However, in tuna, great whites, and mackerel sharks, the veins returning to the gills run parallel with the arteries carrying oxygenated blood from the heart.

Heat still in the venous blood warms up the arterial blood that’s leaving the heart before the venous blood goes to the gills where it loses the rest of its heat. So, though tuna are still essentially cold-blooded, because of this heat transfer their internal temperatures can be as much as 20° F higher than the surrounding water, and this confers an advantage to these predatory fish because their warmed muscles work more efficiently and they can swim faster and further than their prey.