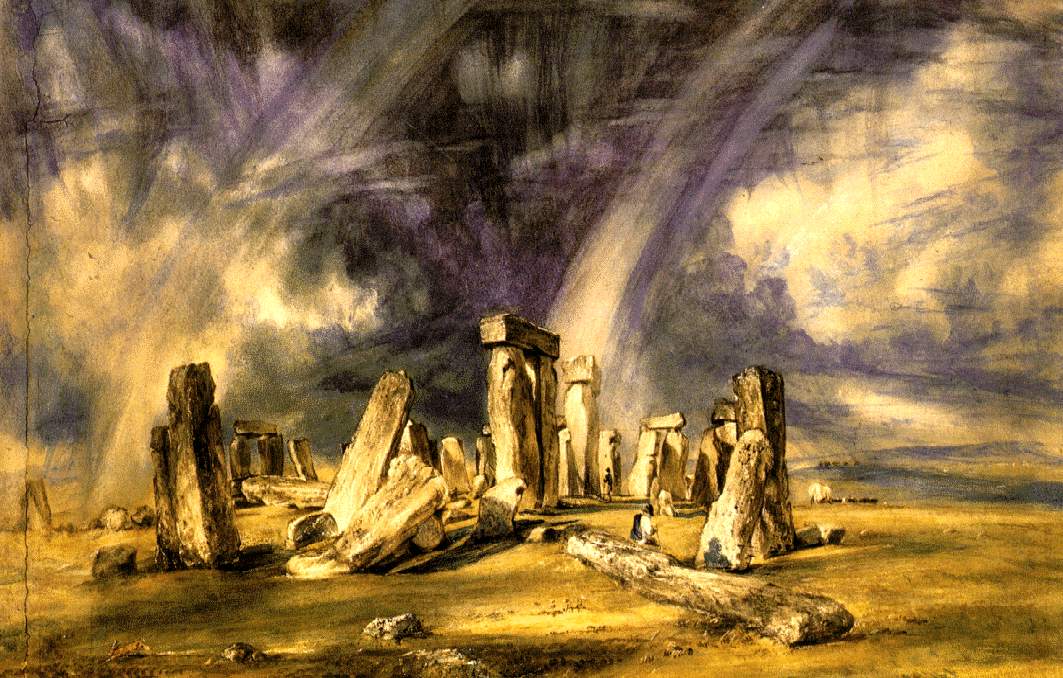 Time. We can’t see, feel, hear, smell, or taste it, but we can measure it and we break it up into smaller and smaller increments. We’ll probably never know when humans first started marking time’s passage but keeping track of it marked a milestone in the evolution of both humans and civilization that ranks right up there with the ability to control fire and the invention of the wheel.

Today we know that many of the ancient monuments that still survive, such as Stonehenge in England, were built to mark the passage of the seasons. But in the 1960s, it was discovered that the ancient, illiterate people who built it also used it to predict future solar and lunar eclipses. This came as a stunning discovery to scientists because knowledge like that doesn’t just appear full-blown from someone’s mind but would have had to have been accumulated over generations, passed by word of mouth from mentor to acolyte. So, it’s safe to say that eons before Stonehenge was built, humans were already tracking time accurately.

Today, we break the years into four seasons, and it appears the builders of Stonehenge did the same. In fact, the closer to the poles a culture is, the more apt it is to break the year into four seasons. But not everyone has done it that way. In some cultures, there were only two seasons: wet and dry. In ancient Egypt, there were three: when the Nile flooded, when it flowed normally, and when it was the dry season.

Next, ancient people learned to break the year into finer pieces — months. That would have involved calendars. We don’t know when calendars were invented, but we are fairly certain that it was done by agricultural societies because they needed to know when to plant. Few, if any, hunting and gathering societies bothered to use calendars.

We also know that at some point early people kept track of special days, within the year, to mark religious events like days of worship, various seasonal holidays, and thanksgivings. But breaking individual days into parts, such as the passage of hours, was only for the well-to-do and even they did it only rarely. Otherwise, days were marked by the rising and setting of the sun.

With the founding of cities, market days evolved and, as far as we can tell, it was market days that brought about the invention of the week. The length of a week varied from four in West African cultures to as many as ten days in ancient Egypt. Today, of course, much of the world has settled on seven days but the reason for seven is pretty much lost in the fog of history. It’s most likely because the Babylonians used a seven-day week and passed it on to other cultures.

Then, with the Industrial Revolution, millions fled the farms and poured into the cities with their factories. It was industrialization that brought on the need for the finer and finer splitting of days. People had to be on schedules. Today, all developed and developing cultures split days into hours, minutes, and seconds. Only a few centuries ago, this would have been inconceivable to the masses.

The Quest for Accurate Time

Along with this splitting of time into hours, minutes, and seconds has come the need for accuracy. Today’s timepieces are incredibly accurate. Even $10 digital watches keep better time than the most expensive watches of 100 years ago, and there are still many of us old enough to remember when we just accepted that clocks and watches gained or lost time and we simply readjusted them once a week, once a month, or whatever it took. The joke was that a man with one clock always knew what time it was, but a man with two clocks was never sure.

Today’s cell phones and the computers that are hooked to the Internet are very accurate because the time is constantly readjusted for errors. Young people with their cell phones cannot use the excuse of my generation: “Sorry I’m late, my watch was off.”

But what really started the need for accurate clocks was navigation. Mariners had little problem determining their latitude at sea. Latitude is how far you are north or south of the equator. Mariners did this by triangulation with various stars or the sun. For example, if they “shot” the North Star from Boston, Massachusetts, that star is about 42° 21.6′ above the horizon. (Actually, it’s not exactly above the North Pole, but a knowledgeable mariner knew how to correct for the error.) So 42° 21.6′ N corresponds to Boston’s latitude. The “N” means it’s north of the equator. If it’s followed by an “S,” it’s south of the Equator. At the North Pole, the North Star is 90° overhead. Hence the Pole’s latitude is 90° N. At the equator, the North Star is just about on the horizon and its inclination is 0° so the Equator is at 0° latitude. No “N” or “S” is required for the Equator.

But what mariners could not readily determine was their longitude. Longitude is how far east or west you are of … whatever, because there was no standard reference point. So, longitude was often estimated by “dead reckoning.” A navigator who could accurately estimate time, currents, and the speed of his ship was invaluable because, when out of sight of land, this educated guessing was the only way to know your east or west position on the open sea. But, as you can imagine, guessing often created problems and sometimes resulted in maritime disasters and even led to military defeats. Part of the failure of the Spanish Armada to conquer England in 1588 was because the fleets’ lead navigator was unfamiliar with the currents in the North Sea, leading him to misguess his longitude. The fleet was effectively “lost.”

Gemma Frisius, a Dutch polymath who was a physician, philosopher, mathematician, cartographer, and maker of “tools” such as globes and mathematical instruments, suggested that an accurate clock that could reliably keep the time of any one city in the world, could, if installed on a ship, be used along with a set of tables to determine how far east or west the ship was of the city whose time was kept. This was because if you knew exactly what time it was in that city, the set of tables would tell you what that city’s sky looked like at that moment. Aboard the ship, all you’d have to do is observe the objects in the sky where you are, measure how differently they’re positioned relative to the city, and you could calculate how far east or west of that city you are.

With Frisius’ suggestion in mind, the English Parliament offered a prize of up to £20,000 (equivalent to more than $4 million US today) for a maritime clock that could keep accurate time on a rolling ship, in harsh environments, for months on end, because an error of one minute on your clock meant an error of more than 17 miles at the equator. If your clock lost a minute a month, it was off by more than 86 miles at the equator, after just five months.

Various people made contributions to the invention of what were then the world’s most accurate clocks. The most famous was John Harrison, a self-educated carpenter and clock maker who, over several decades, collected £23,065 for his clocks and improvements, This amounted to more than $4.3 million US, today.

Greenwich, England, was made the 0° longitude meridian and all ships’ clocks were synchronized to Greenwich Time (now called Universal Time) so that no matter where they were in the world, using the clock and their tables, and looking at the sky, navigators could determine their current position with uncanny accuracy.

Accurate clocks were a large part of the reason Britain became a naval power and was able to establish an empire “on which the sun never set.”

Today, accurate timekeeping is more important than ever. Navigation, military targeting, and even the GPS (Global Positioning System) in your car all depend on accurate timekeeping aboard some 30 GPS satellites that circle the earth. This system splits time into billionths of a second and it literally needs Einstein to make it work. This is because one of the precepts of classical physics was that time was an absolute and ran at a constant rate throughout the universe. But Albert Einstein showed that not only was time not the same for all observers, but it slows down as one’s velocity increases, and it also runs slower in gravitational fields; i.e., the greater the gravity, the slower time moves. Without Einstein’s corrections, the entire worldwide GPS system would be useless within two minutes, and errors in your location would accumulate at the rate of more than six miles a day.