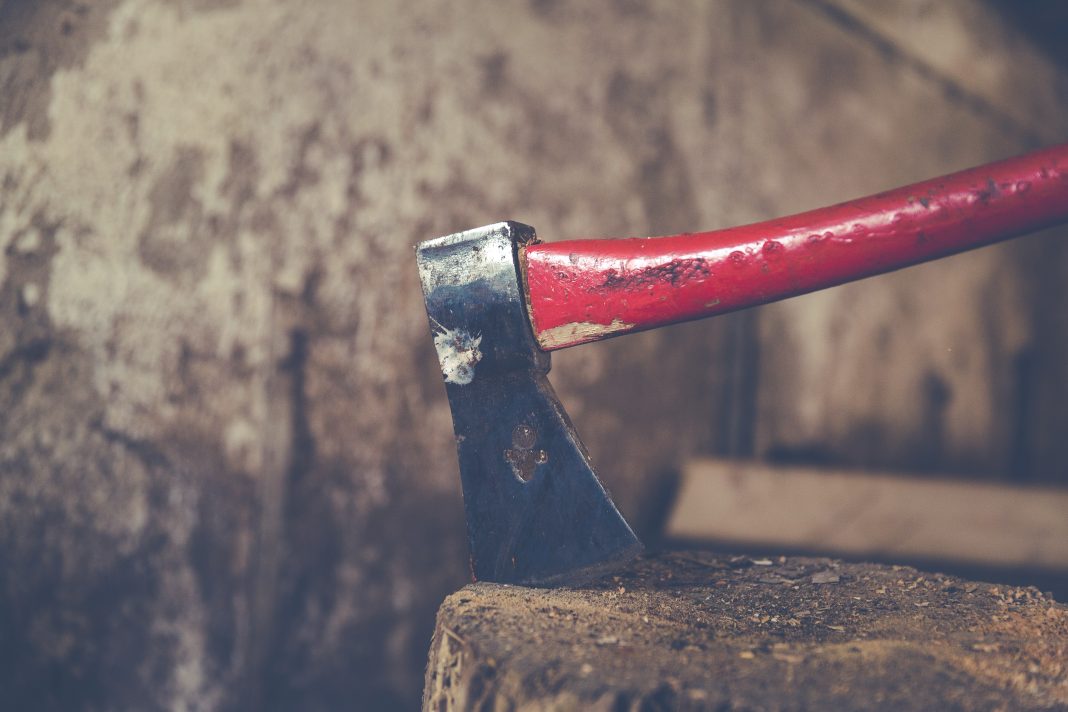 About six months ago the satellite dish for my family’s TV stopped working. Because we are too far from cable TV and an antenna does not bring in a signal, we’ve had no TV for all that time. My kids can still watch a video if they want, and I can get whatever news I want on the Internet.

We missed the Olympics, which my wife thought was a shame, and we missed the race for President, which I thought was great. My kids hardly complained at all; they learned to play chess, read a lot, and shot the bull with me and mom. It was great!

Now, I’m not one to advocate the return to a simpler life, as I’m a committed user of technology like computers and the Internet, but it sure is nice having the ubiquitous presence of the idiot box totally out of the family’s life. No idiot sitcoms, no idiot politicians talking to idiot news anchors, and no idiot movie stars talking about their sex lives.

I spend much of my newfound time reading, writing, and chopping wood, which are my three primary pursuits anyway. Even when I’m real tired at night, there is no opportunity to plunk myself down on the couch to catch Jay Leno’s monologue, so instead I’ll grab a book on astronomy or history and pretty soon I’m engrossed in a very satisfying explanation of something I had not known before. My wife loses herself in one of these huge novels she likes to read. I don’t even know what they’re about, but every now and then she’ll smile and exclaim, “Wow!”

I’ve even begun doing some writing, which was the primary reason I founded BHMso I could write for a living. What I’ve become, instead, is a busy magazine publisher who must organize hundreds of details and deal with dozens of people to get each issue out. Not that I mind that; in fact, I love publishing BHM and wrestling with and solving each issue’s considerable challenges. But now I’m finding time when magazine concerns are left behind, and I’ve begun writing something besides the occasional commentary, like this, that goes into each issue of BHM. It has become a wonderful adventure for me, as I begin to reexamine my potential and reexplore book ideas that I had put on the shelf. Sometimes I step out of myself and, with great satisfaction, watch my slow but steady progress.

The extra time has also allowed me to both exercise my body and relax my mind at my woodpile, which occupies, on average, about an hour of my time a day. I am sort of a fanatic at my woodpile because, at my core, I must be organized in everything I do. So with my woodpileor should I say woodpiles because I have four of themeverything is arranged for the most efficient use possible. White oak and madrone are the heavy woods here, so they are in one neatly stacked pile. Fir is the most available medium wood, so that is neatly stacked in a nearby pile. Since I have two wood stoves, at opposite ends of the house, I have two sets of perfectly stacked piles. My kindling is the same, divided into two classesregular and pitch-laden so that I can quickly grab a handful of each.

I approach woodpiles like other people approach their shrinks. Splitting wood and chopping kindling have become healthful mental exercises involving four axesa double-edged one, a fireman’s axe, and two lighter ones with long and short handles. Each, I have decided, is perfect for the intended piece of wood. Chopping wood is my version of transcendental meditation: the alertness and precision with which I bring down the axe is transformed into a release of stress, sort of like flexing and releasing your muscles in isometric exercises. An hour of chopping and I am physically and mentally energized.

My two wood stoves have become part of my mental ritual; they are ready to go, always. The fires must be struck with one match, so I build them carefully, layering with paper, pitch-laden kindling, ordinary kindling, and fir logs. I’m like a scientist preparing a laboratory experiment; nothing is left to chance. I am not an expert in wood, but I know my wood, and I control the fires’ temperatures fairly precisely with my intermixing of hard and soft logs.

All these useful thingsthe reading, the writing, and the choppingtake time, but it is time I have gained from the absence of the TV, which sits unused, except for the kid’s occasional video. I don’t envision using any of this newfound time to repair the satellite dish.