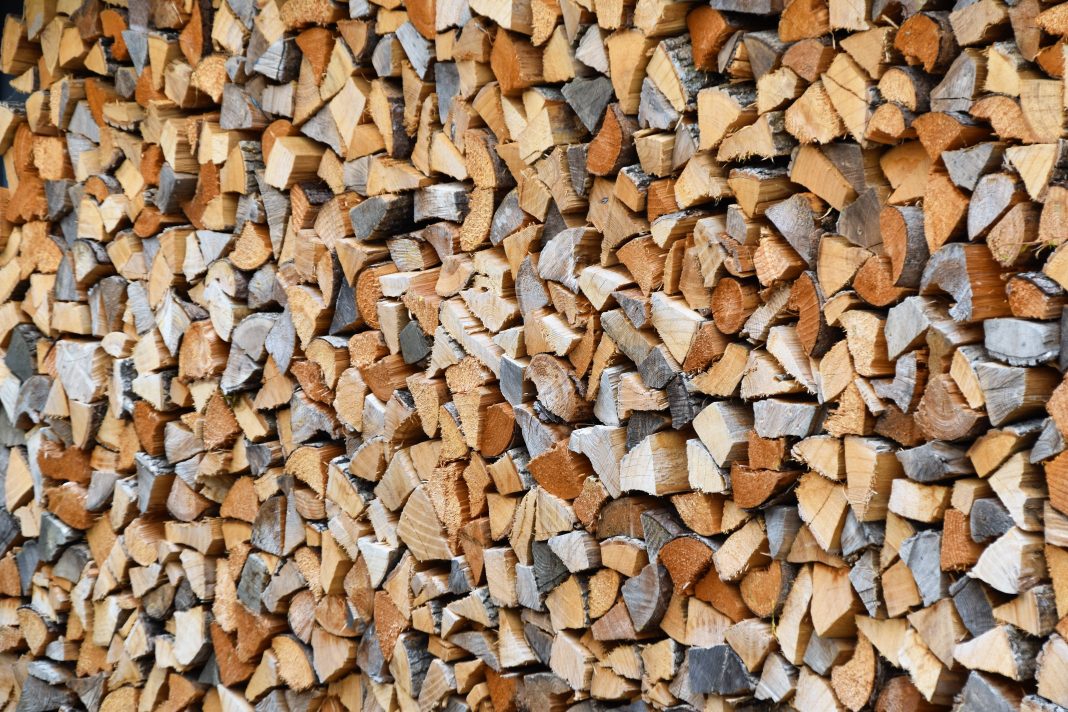 Since my shake article was published in Backwoods Home Magazine, Issue #88, I have learned that some of the more ambitious and better-looking readers have gone out and made some shakes. This is good. A few questions have arisen regarding certain aspects of shake splitting.

First, the splitting wedge length rumor. Mine is seven inches. With it I have had no resistance splitting some very wide shakes. I get a little ripple in the shake from time to time but that is not a bad thing when using the thatch pattern on your wall. The average shake in my last batch was 8 to 10 inches wide. When you get a good straight-grained bolt of almost any width, the seven-inch wedge splits it into shakes easily. At most, you may have to spin the bolt around and split it from both sides but I only do that for very special trophy shakes.

I learned that one reader finds using a wedge and hammer as easy as the hydraulic wood splitter. Unless I witness this personally I have to be a disbeliever. I know that perfect straight-grained softwood bolts split easily. We used to cut them by hand with a froe and mallet when we had good cedar. Hardwood species are rarely as accommodating. In any case I will not be challenging this guy (or gal) to an arm wrestling match.

When I split shakes I set the wedge to cut a one-inch shake, maybe less if it is a good straight-grained bolt. After that the splitter takes over and the shake tapers thinner or thicker as the wedge plunges through the bolt, giving an average thickness between one and two inches. The thatch pattern method of applying shakes uses anything that comes along that resembles a shake. It is artistically satisfying to find the “just right” shake when you need it and that requires a large selection to choose from. However, if you want to make those dainty, thin, uniform shakes you get lots more firewood from each cord. You decide.

There have been some comments on the thickness of the finished wall. It will vary according to your taste. I like a wall that starts with as many as four or five layers of shakes, making a 9 to 12-inch-thick wall, which gets thinner by using fewer layers as you proceed up the wall surface. When I build a round house this technique gives a tree trunk look to the home. I like that. I also have a pesky fear of a Buick crashing through one of my house walls sometime and multiple layers of securely attached shakes give me peace of mind. The point is you can do some astonishing things with shakes. Be creative; have a good time. Life is short.

Of course the sheathing on the wall you are covering must be securely attached to the studs and plates. I use screws when I frame and sheath a house. I use nails too, but sparingly. If you have doubts about the structural integrity of your wall add some screws, or spare nails.

When I attach shakes, where the opportunity arises, I try to nail through the shake, through the sheathing and into a stud. I use the longer nail sizes (16d to 20d) for this even though the shake might be a thin one. It gives additional strength to the wall and lets me worry even less about the Buick thing.

If you have been diligently clinching the nail tips where they protrude through the wall sheathing you are adding integrity to the wall. If you want even more integrity (and when is there ever enough of that?) you can drive screws through the wall sheathing from the inside of the building and into any shake you feel needs it. Ones that stick out too far or are too loose for my liking often get screwed.

Last is the horizontal versus vertical wood splitter controversy. I was meditating on this the last time I was comfortably seated on an upturned 5-gallon bucket in the warm sun dragging bolts up under the vertical splitter with my wood hook and flinging firewood to one pile and shakes to another as fast as I could go. In 80 minutes I was able to process ¾ of a cord of oak. I estimate that it would take two men and a strong girl to do that with a horizontal splitter in the same amount of time.

I roll or drag each bolt to the vertical machine, stand it up and keep splitting until I have processed the bolt into shakes and firewood. Aligning the wedge over the cut you want to make can be done one-handed while operating the machine with the other. If a piece falls over I tilt it back up instead of having to lift it up as required with a horizontal splitter. Some of the bolts I split weigh more than me and I would not survive lifting one onto a horizontal splitter.

Shakes often “snap” off with considerable force and can hurt someone. The vertical splitter sends them safely off to your right or left at a low altitude. You can imagine where an airborne kamikaze shake could strike you as it is propelled off a horizontal splitter at groin height.

And that reminds me, shrinkage is not a significant issue as shakes dry. Oak and other hardwood species do get harder with age and weathering but that is a good thing.

I hope this helps people who are already making shakes and encourages other readers to try it. If you discover more good tips please share them.