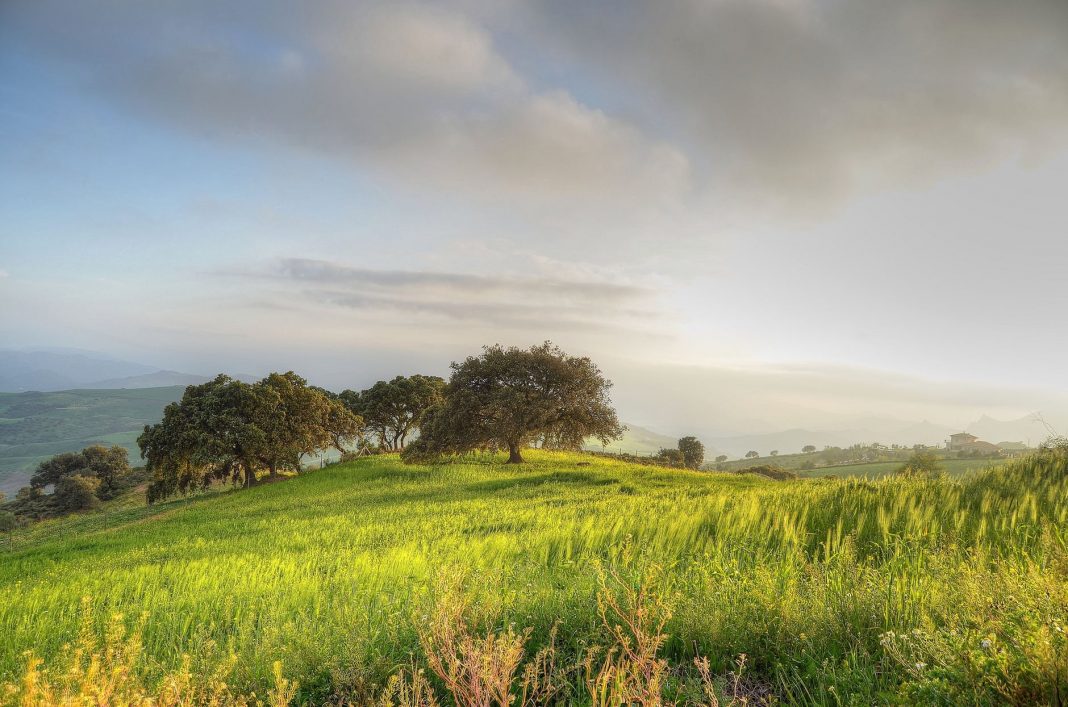 For years every spring I planted spinach in my garden. For those who have never tasted home grown spinach, there is a world of difference between its taste and that of store bought. However, although home grown tastes great, its downside is that it is not an easy crop to grow. A heavy feeder, it quickly bolts to seed as soon as the days begin to lengthen. I was getting very little in return for a lot of effort. I decided to look for a spinach substitute.

Of all of the crops I considered, Swiss chard stood out. From its first sowing I have never looked back. It was everything I wanted and more. It’s the only plant I know of that gives a continuous harvest starting in the cool spring, right through a hot summer, and far into cool late fall. What’s more, if covered with a shredded leaf mulch, it will overwinter, then can continue to be harvested in the following season up to summer when it will go to seed.

My garden is a modular form, three 4×8-foot framed raised beds. At sowing time, in the bed where the Swiss chard is to go, I prepare the soil by raking it smooth, then spreading a thin layer of fine compost over the area. Since rows are planted across the bed, I use a four-foot length of 1×2 furring strip as a “planting stick.” The stick is painted white with the face being marked off in increments of one inch.

You can make furrows by laying the stick across the bed and then tilting it to a 45° angle so that the edge in contact with the soil forms a “V” when worked back and forth. Then place the stick flat next to the furrow and using the markings on its face, sow a seed at every inch mark. Hold the seed in the palm of one hand and pick it up with the thumb and forefinger of the other. After the furrow is sown, curl the forefinger and, with that part between the first and second joints, press the seed into the soil.

Like beets, each seed ball contains more than one seed. When seedlings come up, thin any clumps so that only one seedling stands every one inch. When they are big enough to use, as needed, thin to two inches apart. Use thinnings in salads. As plants grow bigger, again thin as needed, this time to four inches. Once that phase is finished, finally thin the plants so they are spaced out to eight inches.

For these remaining plants, harvesting is done by plucking (not cutting) the outer leaves together with their stalks leaving the heart of the plant intact. New stalks and leaves will grow back rather quickly. Grasp the stalk at its base right at the ground level and either snap off with a twisting motion or by pulling downward with a sharp tug. Take a few leaves at a time from each plant so they will continue to produce.

At maturity the entire plant can be harvested leaving only the center heart. It will re-grow, in effect giving you a new plant. Swiss chard is one of the few vegetables that provides a continuous harvest without successive plantings.

Besides being extremely productive, it is also a beautiful plant and is often used as an ornamental. But it excels as a leaf crop. The leaves can be eaten raw in salads or cooked like spinach. Stalks can be chopped up and also eaten uncooked in salads or can be left intact and cooked like asparagus. As for food value, it is one of the best vegetables for vitamin A and is an excellent source of calcium and iron.

The plant comes in a variety of colored stalks; red, white, or shades of yellow. Take your pick or grow them all by buying a rainbow seed assortment. The most widely grown varieties are: Fordhook Giant, Lucullus, Rhubarb Chard, and Bright Lights.

I am a dyed in the wool Swiss chard fan. I heartily recommend reserving a place for it in your garden.