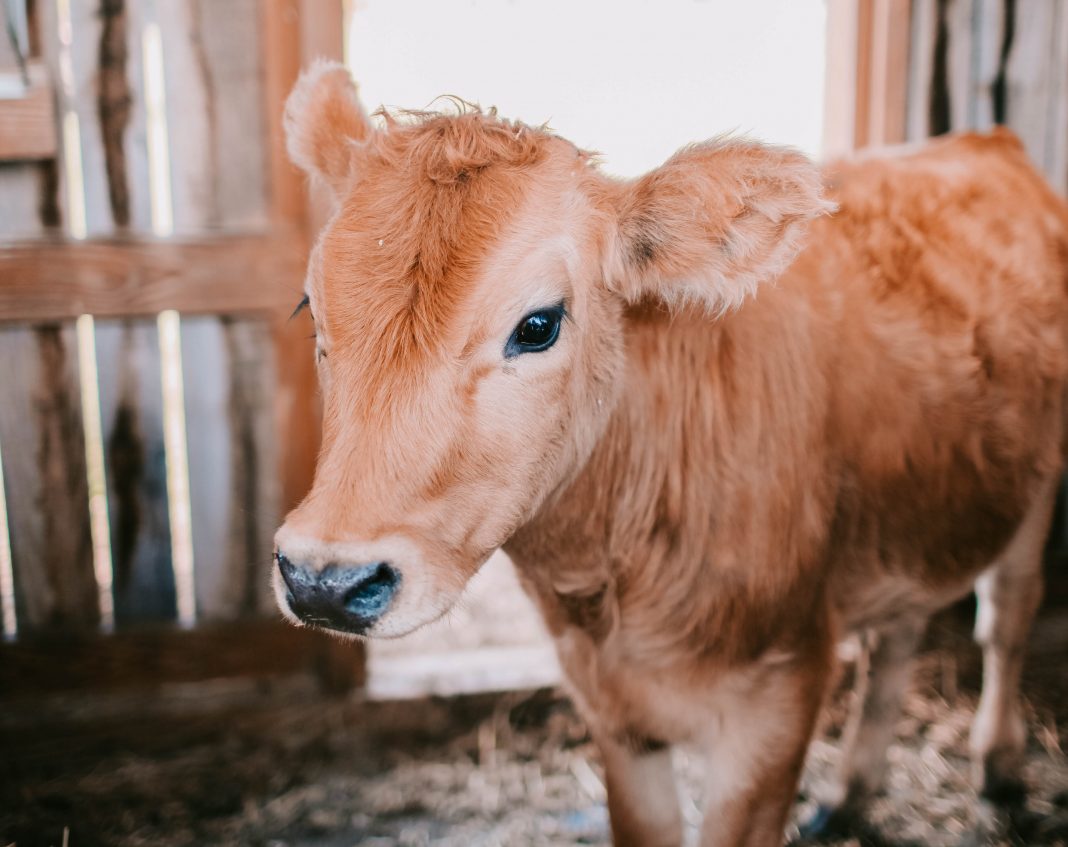 Winter won’t last forever. It won’t be long before spring will arrive and pastures will start to green up. This may be the year for you to consider raising a few head of beef cattle.

Traditionally, once Spring springs, cattle prices begin to do the same. As pastures green up, it seems like everyone is looking for calves and feeders to put on grass. A well-known authority on cattle feeding once gave the following recipe for profitable cattle feeding:

“Buy the cattle low.
Fatten them cheaply.
Sell them high.”

As you might expect, this is a great over-simplification, but you get the idea. In fact, my veterinarian once told me that for most folks with just a few head of cattle, “If your cattle can keep the pastures from growing up in brush, and earn you enough money to pay the property taxes, then you are doing well.”

It is October as I write this. We just sold a cow and a bull and were fortunate to hit a high cycle in the cattle prices. In fact, I think we might be able to pay those property taxes with what we made.

I’m going to pass on some tips that should help you in raising your cattle to selling or butchering size.

Once you decide that you want to raise a few head of cattle, you need to find a good source for the animals. I’d recommend buying a few weaned calves or feeders that are a bit older. You can peruse the local newspapers for advertisements selling cattle or calves or place an ad yourself offering to buy. A visit to the local feed mill or farm co-op can sometimes turn up some leads to farmers who have some stock for sale. Auction houses are another source for your livestock, but watch out for the proverbial “bum steer.” Some of these local auction rings are places to get rid of sick or ailing animals. If you don’t have the expertise to pick out sound, healthy animals, enlist the help of a friend to accompany you.

After you obtain your cattle, there are basically five important factors to consider when raising beef cattle: shelter, water, pasture, hay, and feed.

A lot of money is wasted in building expensive barns and sheds for cattle. The truth is, a windbreak will provide sufficient shelter for yearlings and older cattle. Thousands of cattle are raised each year in commercial lots with little or no housing. Many a beef cow spends most of its life in the open, using only what nature provides as shelter. And although calves should have some protection from wind and rain, even young calves are pretty hardy as long as they have ready and frequent access to momma’s udder.

An important consideration when providing shelter for cattle is to make it draft free, but not tight. Cattle give off a great amount of moisture in respiration and voiding of wastes. Structures that do not allow that moisture to escape can cause all sorts of health problems in the cattle. A good three-sided shed, with its back into the wind will provide plenty of shelter during the worst of weather.

During the summer, cattle will benefit from some shade. A few trees, preferably on high ground, or a shed or barn with opposite open sides will provide satisfactory shade. Our cattle normally head up to a shady spot on the ridge, where they can catch a breeze coming from any direction.

I’ll mention fences here too. Sturdy fences are a must when raising cattle. Cattle are big and heavy. They tear things up that aren’t sturdily built. Fences are expensive to build and maintain, and will deteriorate rapidly if your cattle are allowed to rub against them. A single ‘hot’ wire (one hooked into an electric fence charger) will keep them off the fence and help preserve it.

Cattle need a good supply of water. Typically, a cow will drink about 12 gallons of water per day. Use this amount as a rule of thumb when providing troughs or tubs as a water source. Tank heaters will pay off during the winter and will minimize the amount of ice chopping that you will have to do.

If you notice a green growth of algae or moss in your water tanks during the summer months, try this: fill a small cloth sack with copper sulfate and just swish it around in the water once or twice a week. For ponds, use a larger sack and pull it around behind a boat.

Probably the best all-around pasture for cattle here in the Midwest is an alfalfa-brome-timothy mixture. This blend will provide more grazing, for example, than straight bluegrass. A red-clover-timothy mixture is also very good and will produce about ¾ as much grazing as the alfalfa-brome. Timothy used in pasture mixes establishes itself quickly and is inexpensive.

In the north-central states, mixtures of Ladino and grass pastures will produce almost as much pasture as alfalfa-brome.

Annual lespedeza furnishes excellent pasture for beef cattle in the south states and in the southern part of the Corn Belt. Other plant types to consider are Bluegrass, Redtop, Sudan Grass, and Rye. Consult with your local County Extension Agent for his recommendations for your locality.

Don’t over-estimate the carrying capacity of your pastures. When eyeing the lush growth of grass in the spring, it’s easy to forget that in July and August pastures are much drier and shorter. It’s then that you can end up with too many cattle and not enough pasture. A Wyoming rancher once told me that it takes about 20 acres of eastern Wyoming range to pasture a single head of cattle. Here in the Midwest, you can pasture a feeder on an acre or two of good grass. Do your planning so that you end up with more grass than cattle and not the other way around.

Remember too that light yearling cattle and calves very seldom will lose money if most of their gain is put on with good pasture and roughage. It’s the grain feeding period that reduces any profits, due simply to the cost of the grain.

Hay, especially good legume hay, will produce good beef and usually a profit. You will likely use about ½ to ¾ ton of hay in fattening out a steer or heifer. When it comes to hay, alfalfa is tops for beef cattle. It is the standard by which all other hay is judged. It is also the most expensive hay to purchase if you are buying it. Under most conditions, it produces a greater yield than other plant types. It usually produces more total digestible feed per acre than any other common crop. Alfalfa produces more than twice as much digestible protein per acre as mixed clover-timothy hay, and over three times as much as corn. It is also richer in vitamins and minerals. It is best to seed in some timothy or other grass with alfalfa that is to be used for cattle hay. The grasses will reduce the danger of bloating and make a longer lasting meadow for you.

There are other good legume and legume-grass hays that nearly equal alfalfa. Here are a few:

It’s interesting to note that I most often see soybeans cut for hay when we’ve had a late, wet spring and beans get into the ground late. These are the ones most likely to be cut for hay, as they are not likely to mature before the first frosts of fall.

Fescue, once touted as a good hay and pasture plant, is not much desired these days. As one old-timer once told me about fescue hay, “It’s a little better than snowballs.” I shy away from it and try to maintain a good clover-grass mix in my pastures and hayfields.

For feeding, corn is king for fattening cattle. If you supplement your hay feeding with ground feed, as we do, you may consider the following feed formula:

Any feed mill or co-op can grind this formula for you. This amount of feed, ground and in feed sacks, fit nicely into the old chest freezer that I have converted into our vermin-proof feed bin.

Notice that we have salt added to our feed. All cattle require salt for the maintenance of health. It’s normal operating procedure to have a salt block or mineral block available at all times for the cattle. In addition, in the spring, when grass growth is lush and fast, we make available a “Hi-Mag” block. This supplement block has especially high amounts of magnesium and helps prevent “grass tetany.” The disease is a metabolic disorder characterized by low levels of magnesium in the blood serum of cattle.

Once you try your hand at raising cattle, I think you will be pleased at the results. Raising beef cattle on the small place is another enjoyable part of being as self-sufficient as possible. Even if you don’t have a desire to raise cattle to sell, you can still raise the best beef you ever tasted, right on your own place. Further, you will know exactly what went into it, or more importantly, what did not. I can almost guarantee that once you enjoy your own home raised beef, you’ll never want to go back to store-bought.

Charles Sanders is author of The Self-Reliant Homestead, available from BHM.