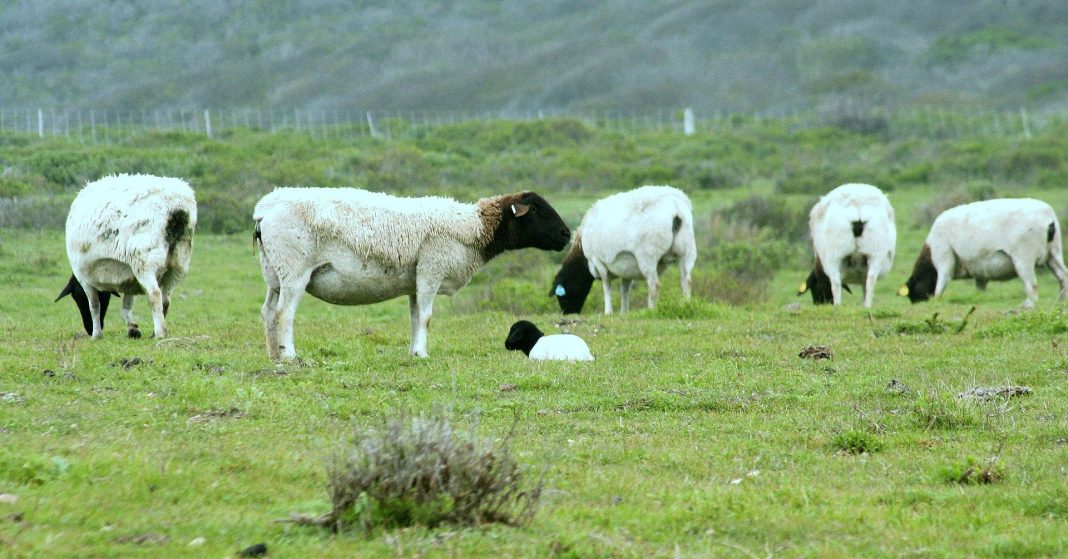 If Henry Soderberg’s predictions are right, Dorper sheep could revolutionize the meat sheep industry. A South African breed developed in the 1930’s from Dorset Horned and Blackheaded Persians, Dorper sheep are prized for their mild-flavored meat, their hardiness under extreme climate conditions, and above all, their capacity to gain weight quickly.

“Some of our Dorper lambs have gained a pound a day,” Soderberg says. “In fact, we had two lambs tested at the provincial Record of Production Centre and one had gained 32 pounds in 28 days.”

Until three years ago, Soderberg and his wife Ruby had been raising Katahdin sheep on their farm near Young, Saskatchewan. Katahdins are a meat sheep breed that has gained wide popularity for its mild-tasting meat.

“We agree the meat is excellent,” Soderberg observes, “but we found it was slower getting Katahdins up to market weight than we had first thought. Some animals were taking up to a year.”

When they heard about Dorper sheep and their characteristic of rapid weight gain, the Soderbergs began investigating how they could acquire some. It wasn’t easy. There are still fewer than 200 Dorpers in all of Canada. The Soderbergs were the first to introduce them to Saskatchewan.

“Only embryos are being imported from South Africa,” Henry explains, “and Alberta Genetics was the first to bring Dorper embryos into the country and implant them in surrogate mothers. We saw their ad and went to look at their Dorper rams. We had the idea of crossing a Dorper with their 60 Katahdin ewes. We figured the combination would be a meatier sheep.”

They bought the ram in 1996 and some ewes the following spring.

“We liked their look,” Ruby puts in. “Dorper sheep are barrel-shaped with a well-muscled back end. They are hornless, usually with black or white hair on the head.”

Dorpers are also a shedding sheep, which means they shed their winter coat naturally, thus eliminating the need for mechanical shearing. Their fleece is a short, loose covering of hair and wool, with wool predominantly on the forequarter. Because the underbelly stays clean, shearing and crutching for lambing are unnecessary, an important economic and time management consideration for the producer.

“Dorpers shed from the bottom up,” Henry points out. “In South Africa they retain a light coating of wool on top to protect them from sun. So far, they’ve tended to keep some wool on top here, too, but I believe when they get more acclimatized, they will probably shed out completely.

“With little or no wool production, the energy that would go into that is diverted to meat production,” he adds.

The South African breed has proven very hardy in the Canadian climate and does well in both very hot and very cold weather.

“Their food conversion is excellent,” Henry says. “They’re a non-selective grazer and do very well on pasture. We give them good alfalfa, and maybe a little grain before and after lambing. But we have to ration grain because it is converted into excessive fat. Under optimum feeding conditions, Dorpers have a very thin layer of fat that’s evenly distributed.”

Dorpers have a continuous breeding season, and the ewes are known for their high reproductive rates. Being non-seasonal breeders, they have the potential for lambing every eight months. Dorper ewes have calm dispositions, good maternal instincts, and are heavy milkers which adds up to high lamb survival rates and rapid lamb growth.

The Soderbergs are very pleased with the results of their Dorper-Katahdin crosses. “The animals have much better build,” Ruby says. “We have eaten the meat from half-crosses and it is comparable to Katahdin meat. Pure Dorper meat is excellent, too, and can be eaten cold… it has no fatty or mutton taste.”

The Soderbergs plan to shift their sheep production exclusively to Dorper. They currently have eight full-blood ewes, and a half-share in a full-blood Dorper ram.

Their ideal flock would be about 40 to 50 ewes, “but,” Ruby says, “the way the demand is going, we may never get there.

“A lot of people are interested in Dorpers,” she continues. “Prices are fairly high now because there are so few animals available, and the only way we can bring new blood into the country is through embryos which involves some risk, too, because transplants are not always successful. But the industry has tried to keep prices at an acceptable level so that people can get in and still make a profit.”

The Soderbergs say as numbers increase, prices will gradually come down. “But right now the market is so brisk lambs are sold before they hit the ground.”

“The industry is looking to meat market down the road,” Henry says. “Interest in lamb for meat is growing in Canada. I believe Katahdins had a lot to do with that. They paved way for bringing lamb to consumer awareness. Another reason people are looking at raising meat sheep is because it takes a lot less to feed them. You can feed 7 or 8 sheep on what one cow eats.

“We liked the Katahdins,” he says, “but we feel we’ve found an even better breed now.

“We can also see Dorpers making a terrific impact on wool sheep like Suffolk and Dorset. Wool is worth almost nothing now anyway, and introducing Dorper to the flock would produce animals with much better muscling and quicker weight gain. We don’t know yet, but some of the shedding characteristics might be transferred, as well.”

With characteristics like this, Dorpers may help breath new life into the meat industry for lamb. These animals will also start to catch the eye of those with small family farms who are looking for more efficient meat animals for the homestead.