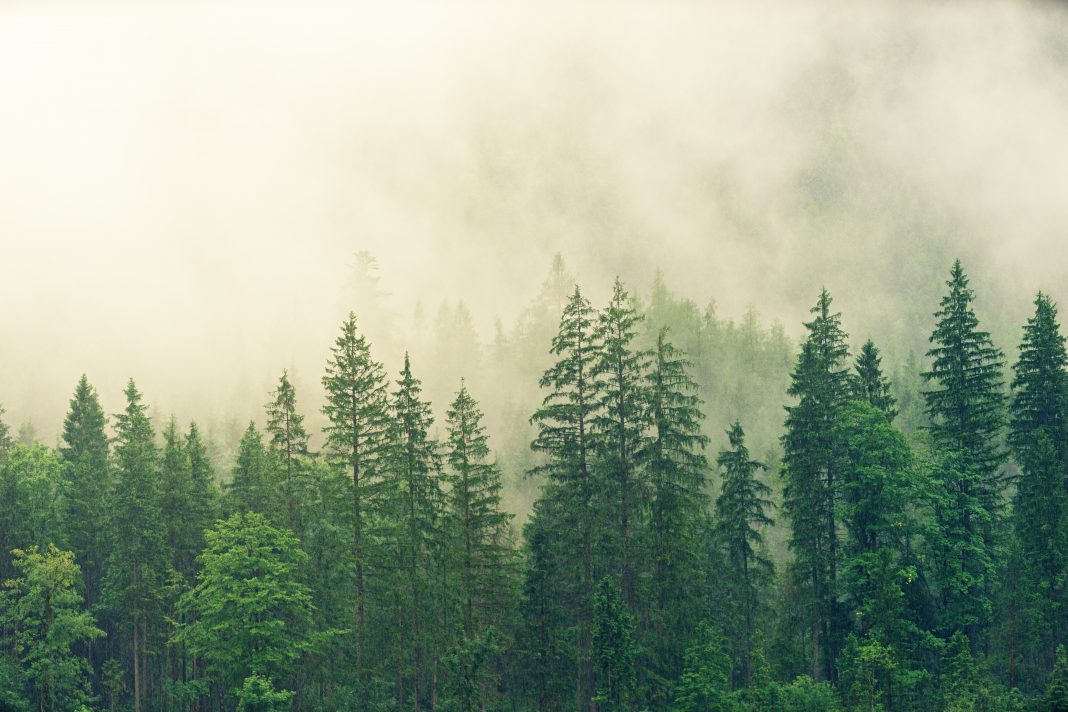 My fellow Backwoods Home writer Jackie Clay is a domestic wonder woman who can do anything from can kumquats to butcher an elk.

Not me. Unh uh. No way. Making blackberry jam once a year is the extent of my culinary heroism. My mainstay recipes often begin, “Take one can of Campbell’s Cream of Mushroom soup…”

My fellow Backwoods Home writer Dorothy Ainsworth is a super woman who can build an elaborate log home almost single-handedthen build it all over again when it burns down.

Me? Well, I’m real handy with drywall. And I can tile a floor. Or hammer together a deck or a footbridge. But don’t get me up there on that roof, hoisting a 250-pound beam over a 20-foot drop. Sorry. Not my job.

In fact, I tend to receive each issue of BHM with a mix of delight and abashed inadequacy. Wow! Lookit these cool ideas! And Geez, what am I doing among all these hearty pioneer types? I live in fear that my fellow backwoodsians will find out I’m a complete fraud, a refugee from the suburbs who brought way too many suburban assumptions with her when she took to the woods.

So what’s my role out here in the backwoods? I contemplate. I sit and stare out at the landscape and I do what writers do: think until my brains feel like they’re going to leak out my ears. It’s a lot easier to do that in rural silence than it is amid the noise of the city.

Even though there are plenty of demands on a person’s time here in the hills (when the wind blows a tree down on your shed or the blackberry brambles threaten to form an impenetrable wall across your driveway, you pay attention), somehow country tasks and country demands seem less demanding than such city chores as sitting in traffic or painting over the latest displays of gang graffiti. Out here, I can work with my hands and think at the same timea writer’s delight.

To work with wood or stone or earth is somehow healthier than to work with computers or plastics (even though I realize all those forms of work are necessaryand without my computer I wouldn’t be here talking with you about the virtues of wood, stone, and earth).

So even though I’m a wuss compared with Jackie or Dorothy, I’m still one more member of the big, quiet backwoods family.

I can’t remember a time when I didn’t want to get out of the city and into the woods. I always had the longing. But like millions of other people, my livelihood depended on the city. And my habits were with the city. It’s always so much easier to stay where you are than to change, even when you’re pretty sure the change would be for the better.

If I were to look back on the one moment that prompted me, finally, to get out, it would be the moment I looked down from the upstairs window of my town house to see members of the homeowners’ committee peeringonce againinto my postage-stamp sized backyard, tsk-tsking to each other and scrawling my latest infraction on their clipboards.

Whichever time it was, it was the time I’d had enough. Within a year or two, I’d found a way out. And ever since then, my neighbors have been more like real neighbors, even when they’ve been a mile away instead of near enough to measure my flowerpots.

I may never be a rural superwoman, but I know a good neighbor when I see one. And I like ’em even better when I don’t see ’em every time I step out my door.

Editor Dave Duffy made an observation when we first discussed this article. He said that while he believed most readers of BHM were women, more men than women had the big dream of moving to the backwoods.

It’s always risky to generalize, especially in these days of stereotype-busting, but I think it’s always been true: More men than women dream of picking up and wandering off to the unknown, of taking risks, of being self-sufficient, of living on their own, of marching to that different drummer that nobody else can hear.

In many ways, the migration to the American west was a man’s dream, on which women were pulled along, often reluctantly. And the same thing may be true for families who leave the city for hard, spare, rural lives today.

We glorify the resourceful pioneer mother and wife of yore, baby in one arm, rifle in the other hand, child clinging to her skirts as she saves a calf from marauding wolves. We try to forget the same woman, confined to an isolated homestead without friends or neighbors, depressed and homesick, going suicidally mad in the howling winds.

The rural life today is seldom ever so harsh. Yet it still appeals more to those who like to challenge themselves, to those who can patch it and fix it and do for themselves. It’s a dream for those who glory in the image of the rugged mountain man, trapper, or fully self-sufficient Jeffersonian farmer. And that dream still has more testosterone than estrogen.

Today, more and more women launch themselves into great adventures, glowing with competence and willingness to give the unknown their best shot. Yet millions of us remain “nesters” in our hearts, no matter how busy and active our lives. Our nest remains wherever home and family arewhich, these days, is usually in city or suburb.

Even today, if you wander down lonely tracks out in the desert, or wend your way into steep, wooded Kentucky “hollers,” wherever you find people living alone in primitive conditions, they’re more likely to be men than women.

At times I admit I’ve wondered what I’m doing out here. It’s taken me far longer to develop a real country attitude than it took me to get out into the country. In fact, I expect to be working on my country living skills until the day I diehelped along, but also at times intimidated by, the superhero backwoodspersons of BHM.

And you know, I have a sneaking suspicion there are a lot more people like me, out there in BHM land. I have friends, for instanceBHM subscriberswho recently moved 10 miles off-grid and plunged whole-hog into the self-powered life. But by golly, they’ll still make a 100-mile round-trip impulse trek when the Chinese-food munchies strike them. (A habit with which I can really identify.) And they have no interest in making do or doing without. Their country life runs on hard workbut done only with the newest and best supplies from a chain store.

It occurs to me that one reason women have traditionally been reluctant to leave the city for the backwoods or the prairies is that for many it’s simply been more of the samehousework, childcare, and cooking as usual. Only harder. (Or at least it appears harder to someone who’s always lived within five miles of a shopping mall.)

But there’s something interesting about my fellow sisters. No one else seems to remark upon it, but that I’ve noticed again and again. Once we decide to embark on an adventurous life or step out of secure territory to take a strong stand on something, we often go to the max.

For instance, I’m a libertarian and a gun-rights activist. Most libertarians and most gun-rights activists are men. Bless ’em all. (Or most of ’em, anyway.) We women here are fewer in number. But when I look around, I see male activists who cross the spectrum from mild-mannered compromisers to the most hard-core, no-nonsense, no-compromise positions. The women? Nearly all are on the, “Liberty or death” side of things. And I’m talking about, “Stay out of the way of my liberty or else.”

Your mileage may vary. But while suburbs are no doubt filled with women who don’t share their husbands’ dreams of getting away to the woods, the woods are also filled with hard-core Jackie Clays and Dorothy Ainsworths.

Today, when women’s lives are so much more than they once were, the backwoods also beckon as one more form of adventure and personal challenge.

We may still hesitate before making the leap. But once we get to the backwoods, we find everything here. New experiences. Challenges to body and mind. Neighbors who know how to tend their own businessbut still help us when needed. Chances to get closer to our families. Opportunities to socialize in ways that are more meaningful than chatting over lattes at Starbucks. The chance to taste a bit of the life of, and gain some insights into, the sister-mother women of the past.

Not to mention the sheer joy of looking out a window on a foggy morning like this one, gazing over a peaceful landscape, sipping a cup of tea, and simply enjoying being here. 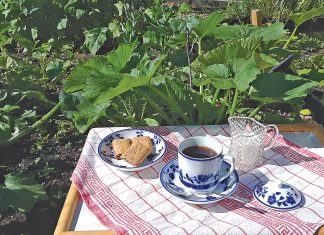