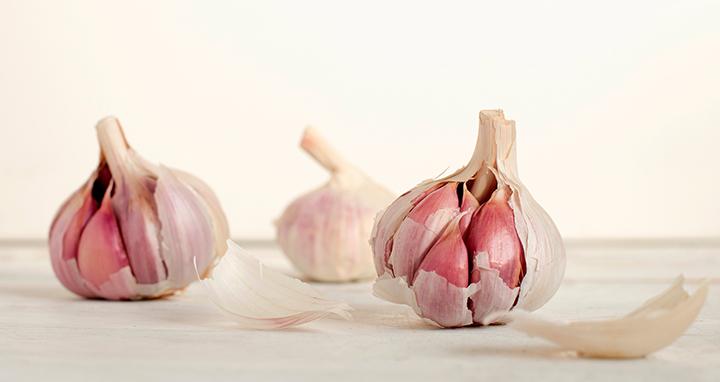 Garlic, used throughout the world for the taste it adds to foods, is also well known for its medicinal benefits. Known as Allium sativum in the botanical world, garlic is related to the onion. The oldest medical text ever found, the Codex Ebers, an Egyptian papyrus from 1550 BC that contains 800 therapeutic formulas, contains 22 garlic recipes to control such problems as heart disease, bites, parasites, and intestinal tumors. In 450 BC, Herodotus recommended the use of garlic to avoid epidemics of typhoid and cholera by the workers who built the pyramids during the reign of Cheops, Pharaoh of the Fourth Dynasty. The value of this medicine and condiment was so high that the value of a young and healthy slave was seven kilograms of garlic. Roman and Greek athletes and soldiers consumed garlic to enhance their strength and to treat wounds. In 77 AD, Pliny the Elder wrote the ten-volume encyclopedia Naturalis Historia, in which he listed 61 ailments that were amenable to treatment with garlic.

In the late 19th century, garlic began to be scientifically investigated. In 1858, Louis Pasteur demonstrated garlic’s antibacterial properties. In World War I garlic was used when bandaging wounds, and in World War II to prevent septic poisoning and gangrene. 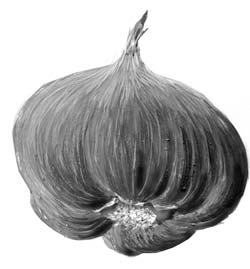 Garlic also has a long history of being used as an insect repellent. Diallyl disulfide and diallyl trisulfide, two substances in garlic oil, kill insects. Garlic has been proven to successfully destroy mosquito larvae and repel mosquitoes, black flies, and fleas. Some people even place garlic in drawers to repel moths. Garlic oil has been effective enough combating insects to be included in patented insect repellent for humans.

Today, the scientific focus is on the effect garlic has on cholesterol levels and preventing the formation of blood clotsboth of these properties have a direct effect on the heart. In one study done at the University of Oxford in England, patients taking 600 mg to 900 mg of garlic on a daily basis had a 12% reduction in total cholesterol compared to another group that was given a placebo (a non-pharmacologically active substance). In a German study, 261 patients were given either garlic powder tablets or a placebo; after a 12-week treatment period the average serum cholesterol levels dropped by 12% in the garlic treated group, while triglycerides dropped by 17% compared to the placebo group. Even the American Heart Association (AHA) supports the evidence that garlic can reduce the risk of atherosclerosis (cholesterol buildup in the arteries).

The Allium family includes onions, garlic, chives, leeks, and shallots. Alliin, the primary chemical ingredient in garlic, is similar in structure to cystine, an amino acid that contains sulfur and possesses no odor. After garlic is crushed, alliin is converted into alicin, the compound that gives garlic its strong smell and numerous health benefits. It is alliin that is suspected in preventing the formation of cholesterol. The mechanism in the prevention platelet aggregation which forms blood clots, is unknown, but may be due to the antioxidant effect of garlic.

Garlic seems to be a safe and effective method to lower cholesterol levels; however, you should always check with your health care provider before beginning garlic or any other supplement. If you plan to use garlic to lower your cholesterol, make sure you see your clinician to have regular blood tests done to make sure your cholesterol is dropping.

The main side effect of garlic is its odorthis is not only noticeable in the person’s breath, but can be detected also in their perspiration. Some garlic supplements have been “deodorized” but their effectiveness is reduced. Regular use of garlic supplements may cause nausea, diarrhea, bleeding disorders and allergic reactions. Garlic supplements should be discontinued two weeks prior to surgery.