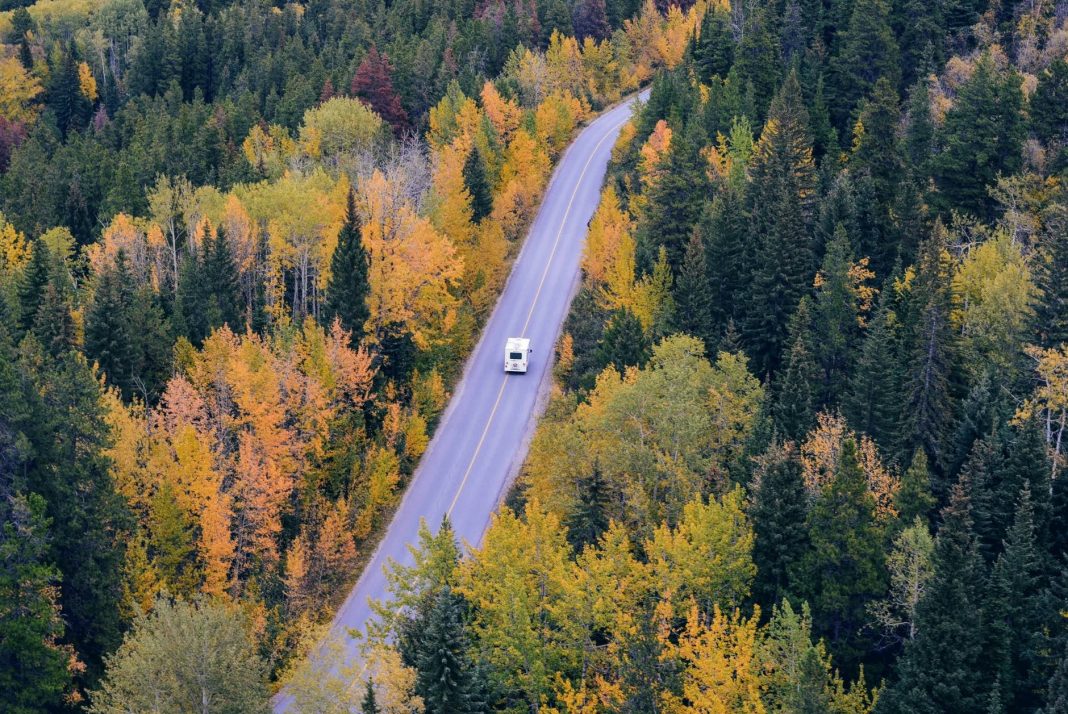 The recreational vehicle (RV) world is having a major comeback with the influx of baby-boomers. Today’s travel trailers, 5th wheels, and motor coaches now include everything from satellite television and central air conditioning to built-in electric fireplaces. However, these luxury land yachts have one major disadvantage over the RV world of earlier yearsthey require large amounts of electrical power to operate.

Most high-end RVs can power all of their lighting and a few DC-powered appliances without an external hookup, but their limited onboard battery capacity will quickly be depleted when powering larger loads like a gas furnace fan or color television. These large RVs require a generator to power their major appliance and air conditioning loads when not plugged in at an RV park.

Dry campers, or boondockers, do not move each day from one high-tech camp ground to the next. The motorized covered-wagon pioneers of today head for the backwoods or fishing hole in smaller, less energy intensive campers. Many convert old buses into RVs or build their own truck campers. Some of you may use an enclosed truck-bed cap to protect your camping gear, build a fire for cooking and keeping warm, and set up a tent for sleeping. If you fall into this low tech camping category, your power needs will not include central air conditioning or electric hot water heating. However, you still may want to at least power several 12-volt DC lights, a laptop computer, and a radio. Even these limited power requirements can still deplete a typical RV/marine battery after only a few days. This article describes how you can build your own solar powered charging system for your camping or fishing RV/marine battery, or add a solar charger to an existing truck camper battery system.

Unlike my previous solar articles, I am not going to describe how to calculate battery and solar array sizes. The battery of choice for most RVers is the 12-volt deep cycle RV/marine battery, and your truck camper will probably not have the space or weight capacity for more than one.

In addition, your smaller roof area will not be able to accommodate more than one or two solar modules in the 50 to 75-watt size range. Taking this design approach, there is no need to estimate how many days your battery will operate during cloudy weather. If this fully discharged point is reached, you either go to bed early or fire up a generator.

One of the first wiring issues to address is battery isolation. The RV/marine battery for your camper must be isolated from the starter battery in your truck, or you could have a very long walk after you discharge the truck starter battery from the camper.

Although we want the truck starter battery isolated from the loads being supplied from the camper’s battery, we still may want both batteries charged by the same alternator. This can be easily accomplished using a battery isolator, available from most auto supply stores.

Different models are available for different truck and alternator types, but they all work the same way. They function like a check valve in a plumbing system, allowing charging current to flow out to each battery from the charging source but block a very high reverse current flow from the fully charged battery back into a fully discharged battery. The positive (+) output from the truck’s alternator feeds the battery isolator, which then has a separate positive (+) connection for the truck battery, and one for the RV/marine battery.

We want to make sure we do not alter the existing dual-battery alternator charging system, and we also need to make sure the new solar wiring does not provide a path for large discharge current flows from one battery into the other. A second battery isolator can be added to divide the solar charging current between both batteries, while still keeping the batteries isolated from each other.

Since I wanted to keep this simple, I designed everything around off-the-shelf components. The bed cap of my truck was too small for two or more smaller solar modules, so I mounted a single Siemens 100-watt 12-volt DC module using aluminum brackets. I selected a high capacity 12-volt sealed RV/marine battery that can be found in most discount warehouse stores for under $75. These batteries will take repeated slow discharge/ recharge cycling, yet are still fairly inexpensive. If you need more battery capacity, consider using two 6-volt golf cart batteries wired in series.

Unlike a conventional alternator that is only charging when the vehicle motor is running, a solar charging system is able to provide many hours of charging current every summer afternoon that it is not overcast. Unless you have a very high quality solar charge controller and perfect charge voltage setpoints, it is very easy to overcharge these batteries with a solar charger and eventually boil them dry.

It is also possible that hydrogen gas will be generated during extended charging which is explosive in high concentrations. For this reason I like to place my batteries in a rugged liquid-proof battery box with vented lid. You will need to check the water level in your battery much more often than you normally do, as even “Maintenance Free” liquid electrolyte batteries with sealed gas recombiner caps will lose water during extended charging.

I found the perfect battery box at a local marine supply store for under $20. Since these are available in several sizes, be sure to measure your battery before purchasing. I also purchased two in-line 20-amp automotive type fuses and fuse holders, and a cigarette lighter auxiliary powered socket designed for bulkhead mounting. I mounted the auxiliary power socket on the side of the lid of the battery box, which makes it easy to plug in 12-volt DC radios, portable televisions, or laptop computer power adapters.

I purchased a 12-volt Morningstar 10-amp charge controller with built-in load control, which I mounted on the top of the battery box lid. I really like this controller, as it is very rugged and includes a temperature sensor that adjusts battery charging voltage based on ambient air temperature. I connected the “load” control terminals to my small portable 12-volt DC refrigerator.

Unlike the temporary electrical loads powered from the auxiliary socket, a refrigerator operating for extended hours can easily discharge a battery this size in less than 24 hours. The load control terminals on the charge controller will shut off power to the refrigerator if the battery voltage drops below safe limits. It will then reconnect the refrigerator after the battery is recharged.

I have included two different solar battery charger wiring diagrams that you can use, depending on which battery isolation method you need. Wiring Diagram #1 shows how to charge your RV/marine battery and the truck battery using a battery isolator or a manual switch.

Make sure your battery box lid is strapped down, and the battery box is properly anchored to avoid acid damage to your truck. I located my completed assembly near the front of the truck bed where it will be protected from the elements by the bed cap. There are many low cost 12-volt adapters and pocket-size inverters now available that can power almost anything that runs from a 12-volt DC battery power outlet. Although you may not need to power a wide screen television, it is still nice to take along some small 12-volt DC appliances and lights that you can operate at night without running a generator.

Keep on the look out, as we may pass each other on the camping trail one day.