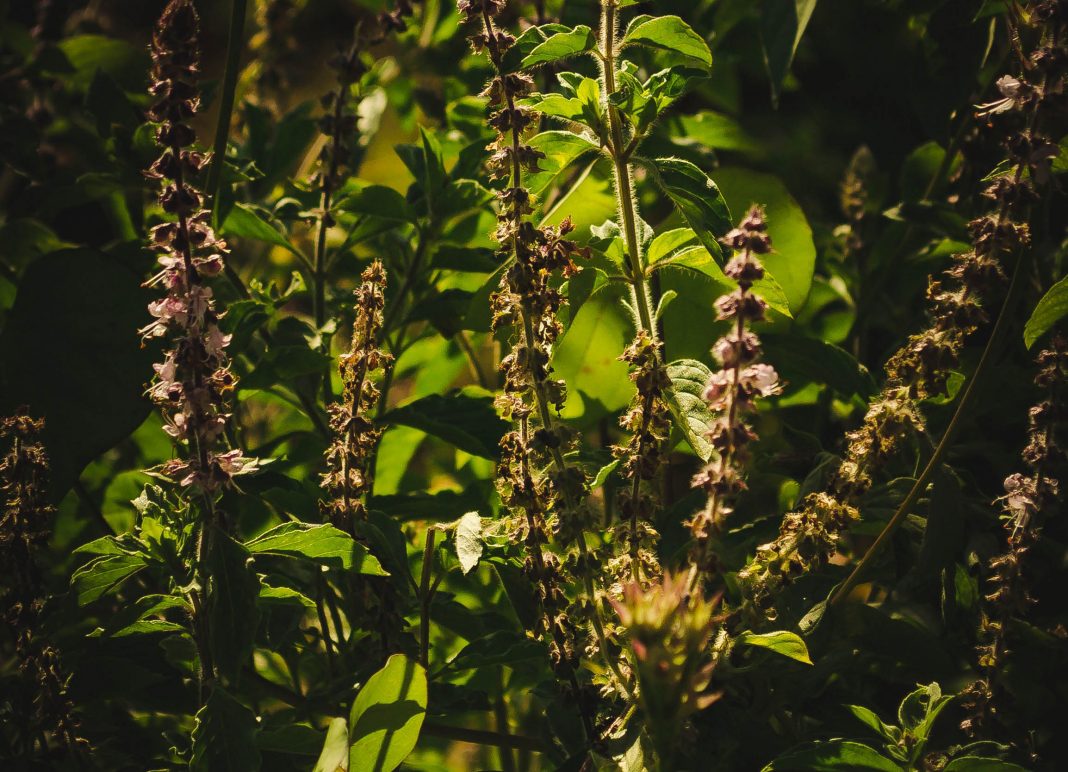 During a binge of spring cleaning, I ventured outside and began to renovate the exterior of my home, a 47-foot trailer in a mobile home park. While waiting for some good exterior painting weather, I decided to remove the existing, much weathered, six-foot-tall solid cedar-board fence and replace it with a fresh and friendlier four-foot-tall pine corral style fence. All this resulted in a very large stack of weathered, 6-foot long cedar boards. Some of the boards were too nice to just scrap, and most had large salvageable sections.

In the midst of removing boards, digging postholes, nailing together fence rails, and painting, we went to Bi-Mart in Coos Bay, OR. Outside their front entrance there were some small three-foot-long planter boxes made from 1 by 4-inch fence boards. I liked the idea and it rapidly evolved into a plan to recycle my 6-foot by 5-1/2-inch-wide cedar fence boards.

The hardest part of the project was culling the boards to find enough that were still in usable condition to be used for planters. Once I had selected the boards, I cut them into 5-foot lengths, measuring from the flat bottom edge up. (Plus two extra 3-foot-long sets for planters on either side of my new fence gate.) Each planter required three 5-foot boards. In addition, I cut the two end pieces 5 inches down from the angled tops of the cedar boards.

Assembly probably would have been easier if I had been doing it in a real workshop, but the tailgate of an ’82 pickup worked out okay. Using the two end pieces and a square Kleenex box for support, I attached the sides to the bottom of the planter, first using screws, and, when I ran out of screws, I used box nails hammered in at a slight angle. Then, I attached the end pieces to the sides and bottom. This gave the planter an interior dimension of 5-½ inches wide by 4 inches high, excluding the angled cut portion of the fence board. The next step was to drill over two dozen holes in the bottom boards using a 3/16-drill bit for drainage. The end result was six 5-foot long planters and two 3-foot long planters.

I purchased two sets of sawhorse brackets (four brackets in all) and four 2x4s, each measuring eight feet in length. Geometry not being my best subject, I cut four of the 2x4s into 40-inch lengths for the sawhorse legs. After assembling the legs, brackets and cross pieces, I could just hear all the carpenters laughing at my really tall saw horses, until I realized that I could cut the other legs into 20-inch lengths and place them under the 40-inch-tall sawhorse supports, thereby doubling my space without taking up anymore than five square feet of my very limited yard. The height of the sawhorses seems to have also, so far, discouraged slugs and other things that go slime in the night. The arrangement also minimizes the time spent watering as well as water consumption.

Since finishing the project, I have had great success growing cilantro, which was soon followed by basil, oregano and tarragon. After planting the basil, I found another excellent reason to have planters rather than planting directly into the soil. One of my basil planters had several plants that developed fusurium wilt. Being in a confined space, I was able to quarantine the fungus, and removed the plants and soil.

The only disadvantage I found was the height between the upper and lower planters. Due to the space restrictions, shorter plants need to be grown on the bottom tier. However, the boxes allow me to move the boxes as needed for height, or sunlight exposure or aesthetics.

Once the herbs have matured, the size and shape of the planters also will allow me to load them into the back of my pickup and take them to produce stands or farmers markets to sell, literally, “fresh cut herbs.”