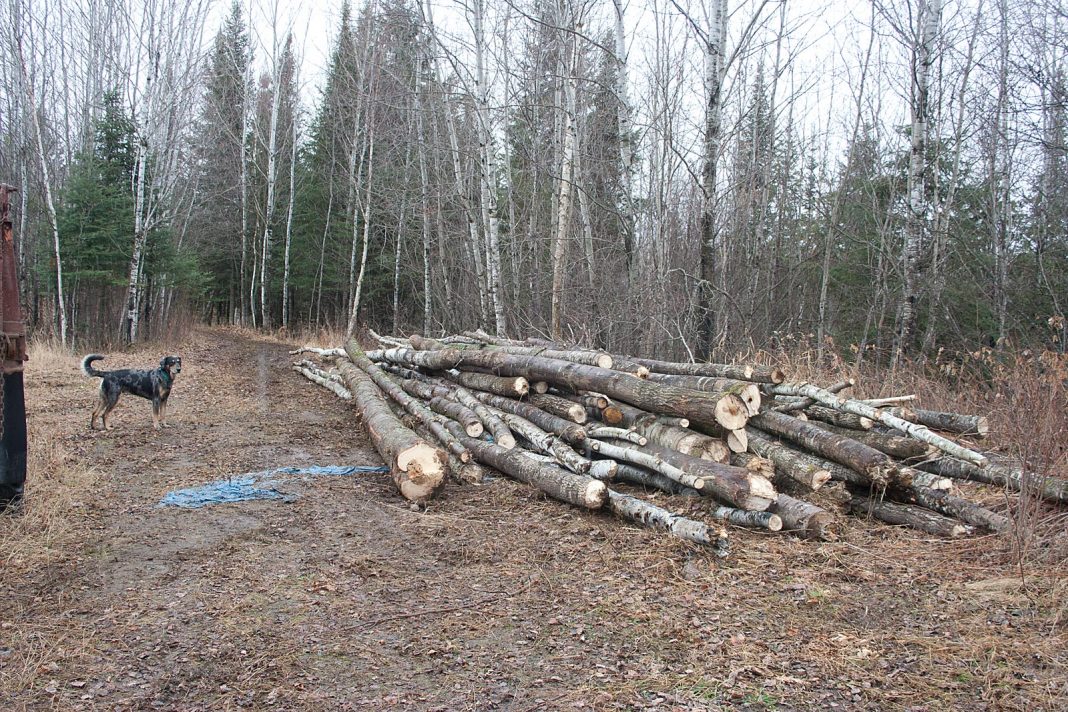 After a week of near normal temperatures (in the mid thirties and a bit lower) with no rain and just a touch of snow, Will’s been working like a dog cutting down and dragging the beaver-cut trees out of the woods down below the house. He is working next to the small beaver pond that the beavers are trying to make into a beaver lake. There were about a hundred trees laying like jack straws! Some had been cut down but had hung up in neighboring trees and the beavers simply moved on to the next one. Geez! But all that wood will make great firewood. According to the weather forecast for today and tonight, we have six to eight inches of wet snow coming. Will is barely able to get the tractor going on the trail, dragging the 50-foot logs out, and with snow, that isn’t going to be happening. It’s snowing heavily now and I’m still hearing the tractor pulling up to the pile where he is decking the logs up in a convenient spot to cut them up into firewood. He said he still has a few more to go so I’m crossing my fingers.

Yesterday I canned another big canner full of venison stew meat and this afternoon I’ll be putting another batch of jerky in the dehydrator. Last night Will and David tried some of the latest batch, a honey barbecue jerky, and both came back for more — pretty good! And I still have more to cut up. That was a big spike buck. Not much on antlers, but nice and heavy. That translates into plenty of good, tender meat. — Jackie