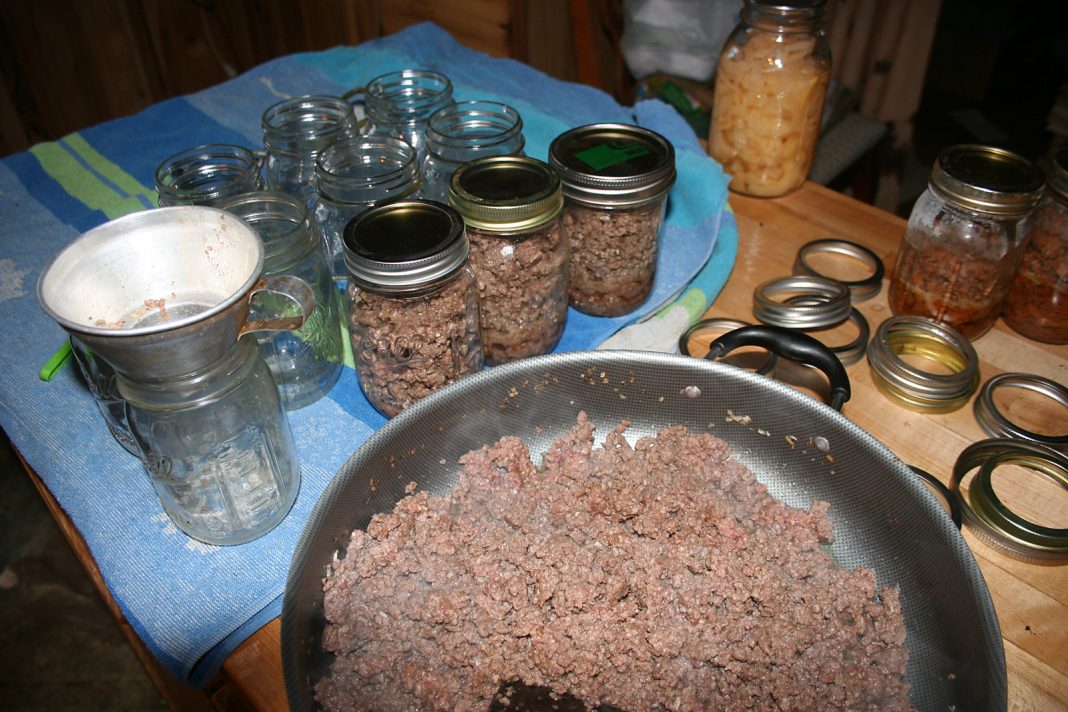 While some folks only can during — or shortly after — harvest season, I can year around. I still have some frozen venison from the buck our son Bill shot, so two days ago I set it out to thaw, joined by some bulk medium fat ground beef. Yesterday I cut up the nicest parts of the hind quarter into stewing-sized dices and tossed the rest of the cuts into the “scrap” bowl to grind. I’ve found that if I grind the totally lean ground venison with about 1/3 hamburger, it results in both a better tasting and juicy mix which I can, mostly in pints. I use this crumbled ground burger for everything from tacos to adding to soups, enchiladas, lasagna, and much more. It’s so handy to have this pre-cooked, crumbled burger available. The same with the stewing meat. I can put together a pot of stew in little more than 20 minutes instead of an hour or two. When you’re as busy as we are, that time saving is huge! 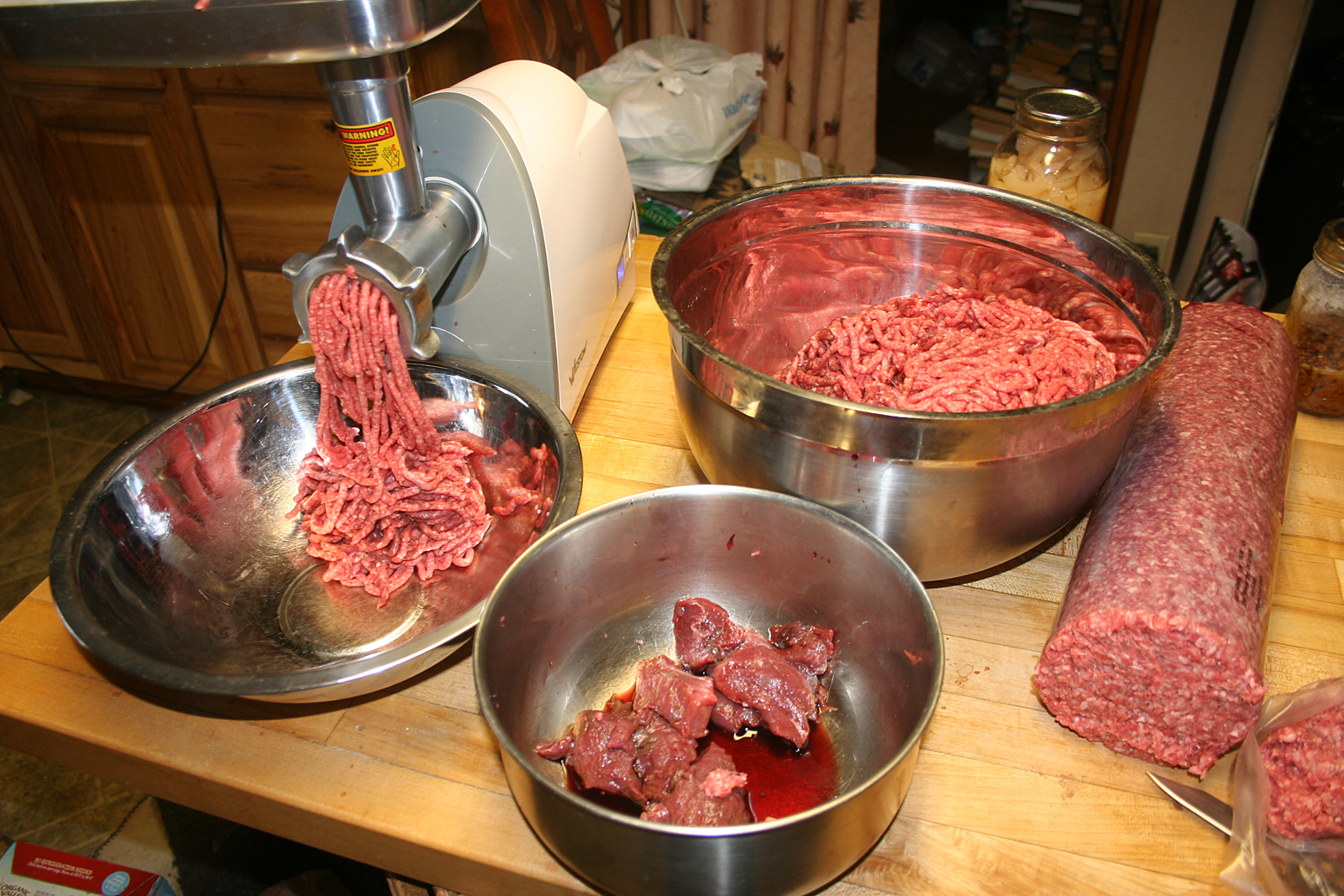 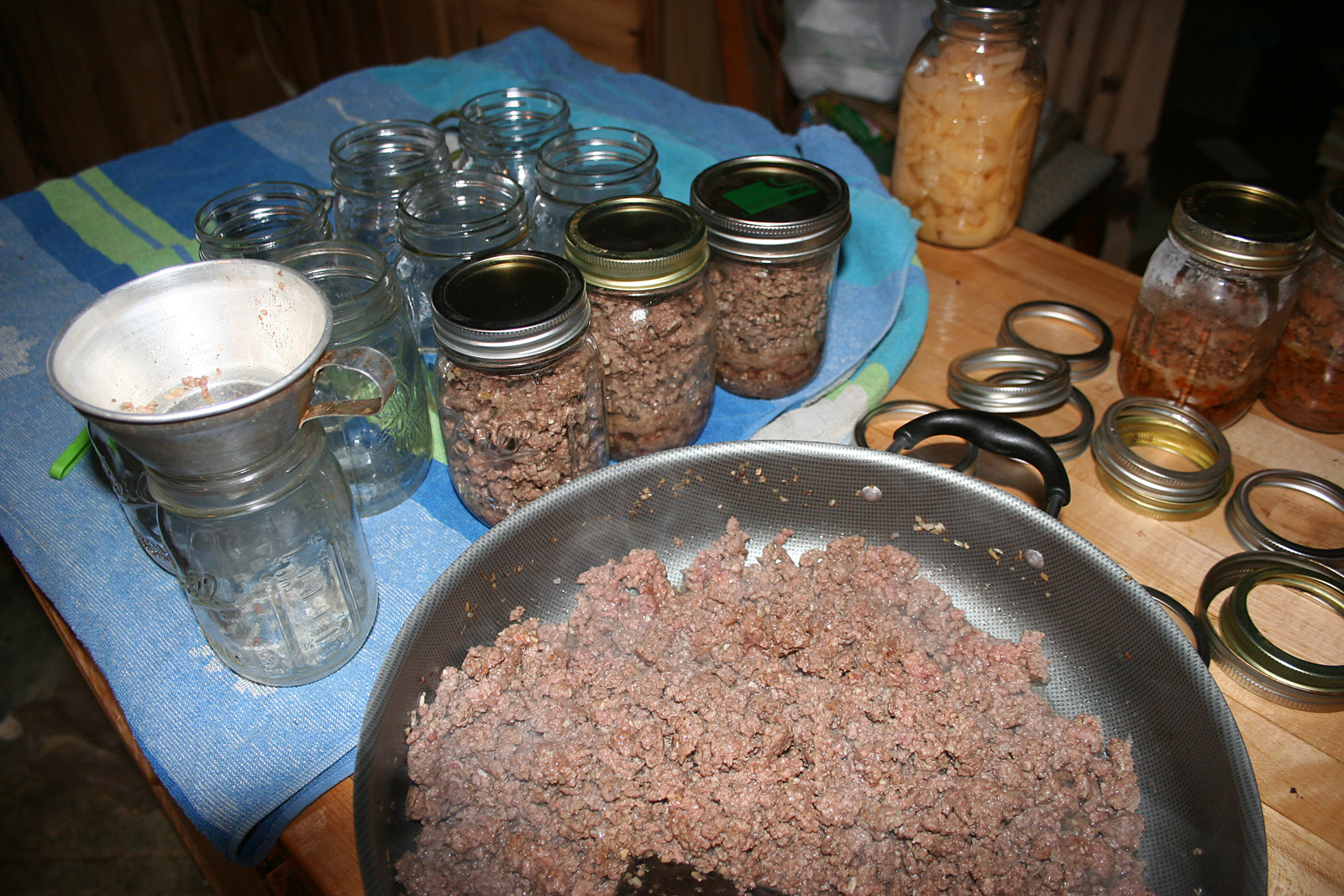 I had to laugh as when I was cutting up that quarter, I had spectators; Mittens, our cat, Spencer, our black Lab, and Hondo, the Catahoula, all sitting in a semi-circle around me, waiting patiently for a tossed scrap or two. (They don’t care if it’s a bit fatty or gristly. Gulp and it’s down! I do have to watch Mittens, though. I’ve caught her a time or two, helping herself … luckily to the leg end of the bone. Bad cat! The dogs just give her a dirty look as they continue sitting. They won’t steal! Good dogs!

When I get finished with the blog today I’m off to help Will split more firewood. He’s been cutting up a big pile of poles and is now into some bigger stuff. As the weather’s been relatively warm, in the twenties, and dry, we want to get as much cut and split dry, as possible before winter comes to call again. It’s such a good feeling to have more wood than we would ever need, right at hand! We gave a trailer load to Alisha, as she’s moved to her new homestead, right next to our friend, Dara’s, and we wanted to make sure she had plenty of good, dry, seasoned wood to keep warm in her new cabin. — Jackie