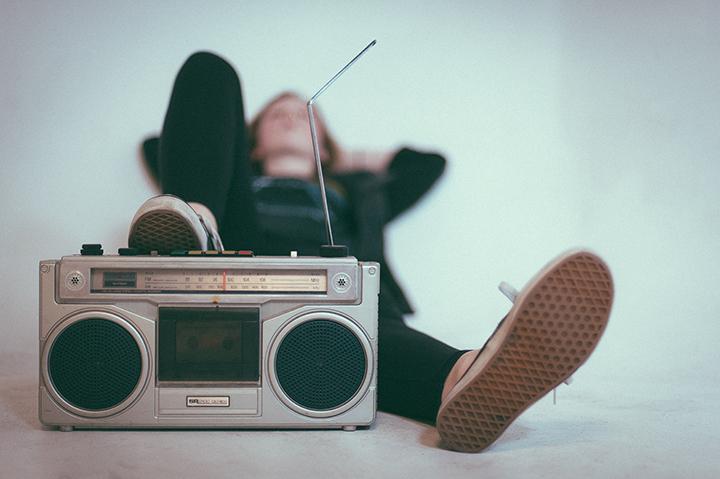 In our last issue I addressed how to select the best battery-powered lighting for your emergency needs. Recent examples of poor emergency response during the Katrina hurricane aftermath has reinforced our belief that everyone needs to be prepared to survive on their own for a week or more before relief arrives. When selecting electronic equipment for use during emergencies that can last several weeks without electrical power, there are features an emergency radio should have that may not be realized when electrical power is available from the nearest wall outlet.

Although it is possible to use a generator or alternative energy system to power the same appliances and electronic equipment that you use when utility power is available, it is also possible an emergency power system can fail during an extended power outage due to lack of fuel or equipment failure. You may also need to relocate to higher ground or a safer shelter, leaving behind your comfortable home either temporally or permanently. This means your survival may depend on what you can carry on your back, and not what you have back at the house.

What type of radio?

In this issue I am going to address the radio devices you will need to keep in contact with the outside world during emergency conditions and the features you should look for in each. Unless you are an afternoon talk radio listener, you may not even own a portable AM radio. However, an AM radio will be the primary source for all local news, weather, and relief instructions for your town and state during civil unrest, a fast moving fire, flood, hurricane, snow storm, power outage, tornado, earthquake, chemical spill, dam break, or other disaster which can strike anyone without warning. Since television, FM radio, and VHF and UHF transmissions are “line-of-sight” due to their very short wavelengths, these signals normally can reach only 50 to 75 miles from the transmitter in hilly or mountainous areas because of the earth’s curved surface.

However, AM radio transmission uses much longer low frequency wavelengths which are easily reflected from the earth’s upper ionosphere. Without the disrupting effects of solar energy on this field at night, it is possible for AM radio waves to travel around the world even from relatively low power transmitters. This makes the AM radio band ideal for providing emergency information to very large geographic areas using the fewest number of radio stations.

During the 70’s and 80’s, the AM band was becoming a wasteland as listeners headed for the higher-quality stereo music on the FM band which was not possible on the static-prone AM band. However, with the rise in popular afternoon talk-radio, manufacturers began making higher-quality AM radios with extended range antennas and much better static-reducing filters.

As for which frequency bands you will need, if you are planning to barricade yourself in a bunker and wait for the world to end, then by all means get a radio that includes the shortwave bands for listening to distant overseas broadcasts. Although this can be interesting listening, your main concern is being able to receive local and state news broadcasts, and a quality AM/FM band radio will do this just fine.

Since you may be without power and cannot operate your television, having a portable radio that can also receive the sound of non-cable television stations is also a plus, although you will need to be near these stations to receive their signals. During emergency conditions, you are primarily interested in local news and weather reports, so the sound of these local television broadcasts without the picture will do just fine.

In any city served by multiple radio stations, at least one AM station will be part of the government’s emergency broadcasting system. You may have occasionally heard the testing of this system by their very obnoxious signal tones, followed by an instructional recording telling you to switch to a specific emergency station. Being able to hear these emergency broadcasts is an absolute necessity for your emergency communication needs, and this means owning a high-quality AM radio that can operate long hours on battery power.

Actually, I prefer a radio with both. It’s nice having a small radio that includes a high quality speaker to allow others to listen at the same time. However, powering a speaker consumes more power than an earphone and can reduce battery life. It’s also nice to use an earphone when you are on the move, hiking between locations, or wanting to be less conspicuous in a crowd.

I like the small “ear buds” attached to separate wires, and not single-piece headphones. Since most of my radio listening is AM band news and talk shows, I do not need earplugs in both ears as required when listening to high quality stereo music. I usually disconnect or remove one of the two ear buds which allows me to listen in on the news while still being able to hear what is going on around me.

Being a talk radio junkie and living in a rural area, I have owned many different sizes and types of AM radios as I try to improve station reception and sound clarity.

One of my favorite AM radios is the $164 CCRadioPlus table-top model from the C. Crane Company which receives AM, FM, TV sound, shortwave, and emergency weather-alert bands. It also operates on both 120-volt AC and batteries, and has an optional solar charger when used with four rechargeable “D” size batteries. Being somewhat large, it includes a room-filling speaker and an accurate digital clock and tuner.

I listen to it several hours each day using the solar charger, and only need to plug it in after three days of very overcast weather conditions. The only downside I found with this model is the large size which makes it somewhat heavy and bulky if you are on the move. The C. Crane Company has just introduced a smaller “mini” model of this popular radio costing $149.00 which may be easier to handle when you need portability.

My personal favorite emergency radio is the Sangean #DT-210V shown in photo #2, although it is being replaced by a newer model #DT-300VW. This small cigarette-pack size radio easily fits in your shirt pocket, is lightweight, and includes both a quality speaker and ear buds. In addition to AM/FM bands and weather alerts, it also receives television sound, which is another good source of regional news during emergency conditions. Although a bit pricy for its small size at $79.00, it has a digital tuner not found in less expensive manual-dial radios which allows pre-programming your favorite stations for quick and accurate access. You can also find similar featured models from other manufacturers.

In my last article which addressed selecting the right emergency flashlight, I stressed the importance of staying with only one or two battery sizes which allows stocking more of each. The last thing you need to deal with during a major emergency is a battery-operated device needing a battery size you do not have. The LED flashlights I recommended use “AA” or “AAA” size batteries, depending on manufacturer. I look for models that use the same battery sizes when shopping for emergency radios.

I have not been a past fan of mechanical wind-up radios due to their short run times, large size, and poor quality construction, but I have been pleased with the new Sangean Model MMR-77 AM/FM manual crank radio. Since it operates on both Ni-MH batteries recharged by the hand crank, and two replaceable “AA” batteries, you can operate on either power source as needed.

Although I would have preferred a digital tuner instead of a manual dial, this small radio has excellent AM reception even from distant stations. Its hand crank dynamo is also very sturdy, and the radio includes a built-in emergency light, and both internal speaker and ear buds. Although too large to fit in a shirt pocket, it can still fit in a large coat pocket and will operate about fifteen minutes for each one minute (120 turns) of the crank when using the speaker instead of the small ear buds.

The specifications indicated 30-minutes of run time for each minute of cranking, but this may be for earphone only operation. This $49.00 radio is a great for emergencies when you want a radio that can be re-charged without electrical power.

After you have selected your basic emergency AM radio, you may want to consider owning several special use radios. For example, more and more large budget metropolitan police departments have switched to very high-frequency (VHF) and ultra high-frequency (UHF) digital communications which are usually encrypted and skip from channel to channel making monitoring very difficult.

However, it is still possible to monitor most non-digital fire, police, and rescue communications being used by more rural community agencies with smaller operating budgets by purchasing a low-cost battery-powered scanner. Although you may have better things to do than eavesdrop on these emergency communications during normal times, you will be the first to learn what fast changing conditions are occurring in your local area during major emergencies. I have found several high quality hand-held scanners at Radio Shack that can receive fire, police, rescue, marine, and aircraft communications for under $150.00.

Although most cellular phone towers have an emergency backup generator, they do not have an unlimited supply of fuel. During an extended power outage you could eventually loose cellular phone service, especially if weather conditions prohibit refueling these generators. In addition, without electricity, most people will not be able to recharge their cell phones without a solar charger and adaptor as addressed in prior issues.

During extended emergency conditions, most families try to stay together and work as a team. For example, during the recent Katrina hurricane aftermath, many families would have one member go out in search of food or water, and to check on security conditions in their local area. For these situations, a good pair of battery-powered walkie-talkies would be invaluable when cell phone service is not operating.

Although these devices are hard on batteries, you will not need them operating except during short scouting trips, and their four to eight mile range should be more than enough coverage for local recon trips on foot. I like the small industrial Motorola models which are priced in the $100 to $150.00 per pair price range, but similar models with less range and fewer channels are available for under $75.00 per pair.

I have not forgotten CB radios as an important communication tool during emergencies. However, most are either large base station models requiring lots of power which may not be available, or mobile units permanently mounted in a car or truck which still does not meet the need for a good quality battery-powered AM band radio in the home.

By the time you read this I hope you had a Merry Christmas and happy holidays, and hopefully found one of these radios in your stocking!