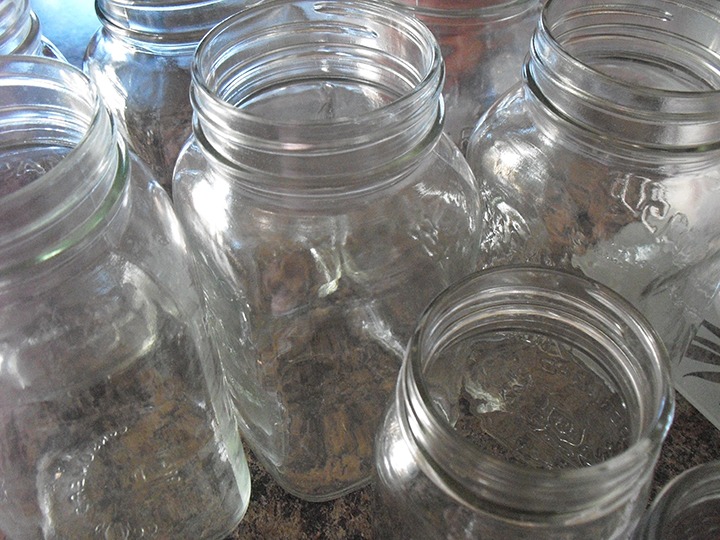 I have to admit, I am somewhat of an extreme canner. I love to can unusual thingscanned foods you just don’t find on everyone’s shelves. My latest canning adventures have included everything from canned cheese to canned butter to canned bacon.

When I was a young woman, my grandparents would occasionally pack up a huge box full of wonderful treasures and present it to me as a care package. It was so much fun to go through each item and wonder where they could have possibly found such a unique cache of canned delights such as Ethiopian chicken chunks or Hungarian canned bacon. The canned bacon was a special treat because I couldn’t afford such extravagances on my meager salary. I did, however, learn to rinse the bacon quite well, or it was completely inedible due to the outrageously high sodium content.

Years went by, and I forgot all about Hungarian canned bacon, until my husband came across a group buy of canned bacon on a website he frequents. Eager to see if canned bacon was as good as I remembered, we ordered a case.

Our bacon arrived, and it was everything we had hoped for. We loved the fact that it was shelf stable, because, being off the grid, we have very limited refrigerator and freezer space. It was incredibly convenient, as it took only minutes to fry up for breakfast. And, because it was pre-cooked and canned, it was perfect for our long-term food storage goals. There were a few drawbacks, however. First, it was expensive. One case of 12 cans was roughly $120. It was in no way affordable for our large family. Secondly, the bacon, although tasty, was very thin, therefore extreme care had to be taken when removing it from the can and laying it on the griddle to cook. More often than not, we ended up with bacon chunks versus bacon strips.

Armed with the knowledge that it was possible to can bacon and the desire to have a stock of canned bacon lining our shelves, I decided to delve into the process of canning bacon at home. After researching canned bacon through Internet sources and looking in every canning book I owned, to no avail, I decided to pioneer my own method.

Talking to numerous friends who had tried to can their own bacon, only to feed the horrible, greasy, wadded up mess to the dogs, I looked to the cans of bacon I had bought, and liked, to give me a clue how to home can bacon. The main difference between the home canned bacon and the commercially canned bacon seemed to be the paper used to package the bacon and the lack of water added to the can.

My first attempt to can bacon met with measurable success. I laid the raw bacon slices out on a large piece of brown paper, folded the bacon in half and rolled the bacon, paper and all, into a large roll that slid right into my wide-mouthed canning jar. I put a sterilized lid and ring on the jar, processed for 90 minutes in my pressure canner and out came beautiful jars of home-canned bacon. The real test came the next morning, when we opened a jar for breakfast.

The jar of bacon had about 1½ inches of juice at the bottom and another inch of grease that had collected on top of that. I opened the jar, tugged at the paper slightly, and the roll of bacon slid right out. It unrolled well, but when I attempted to unfold the paper, the bacon stuck to itself where it had been folded. We had thick half-strips of bacon rather than long, thinner strips of bacon. Although short, they cooked up wonderfully and tasted just like crisp, fresh cooked bacon. Other than the bacon sticking to itself, the experiment had been very successful. Now I knew why the commercially canned bacon had a layer of paper on the bottom of the bacon and another on the top. The top layer of paper keeps the bacon from cooking together while it is canning.

Originally, I had opened up a paper lunch sack and used that to lay the bacon on for canning. Knowing that would not be practical for canning large quantities of bacon, as you had to overlap two bags and then open another two to cover the bacon, my oldest daughter began looking for an alternative. She came up with 12-inch masking paper that you can buy in the hardware store. It comes in a large roll and costs less than $5. It is very convenient to roll out the amount you need. You can also use parchment paper, purchased at a large grocery or specialty store.

A sale on bacon at our local restaurant supply store was the incentive to give canning bacon another try. This time I was even more prepared with experience and the proper supplies.

I cut a piece of masking paper about 18 inches long and began laying raw bacon on it, side by side. I have found that thick cut bacon holds together much better during the canning and cooking process. After putting between 12 and 14 pieces of bacon on the paper (averaging 1.2 to 1.4 pounds of bacon) I cut another 18-inch piece of masking paper and laid it on the top of the bacon. I then folded the bacon in half and rolled it tightly into a large roll.

Once rolled, I slid the bacon into a jar, capped it off, and processed it for 90 minutes at 10 pounds of pressure in my pressure canner. Again, it came out beautifully, but the test would still be taking it out of the jar and cooking it up.

Breakfast again, and time for the great bacon test. This time, successit unfolded perfectly with no bacon sticking to itself. I then took the top layer of paper off the bacon. It peeled off nicely. As I began carefully lifting the bacon off the bottom layer of paper, I noticed that it wanted to tear where it had been folded, but most of the bacon stayed together quite nicely. Three minutes later, we had beautiful, crisp, tasty slices of bacon ready to eat.

We now have canned bacon lining our shelves. It is the epitome of a convenience foodready whenever we need a quick meal. No longer do I have to try to finagle freezer space every time bacon goes on sale or thaw it in time for an evening meal. I have it ready at my fingertips. Forget about that expensive canned baconroll your own!