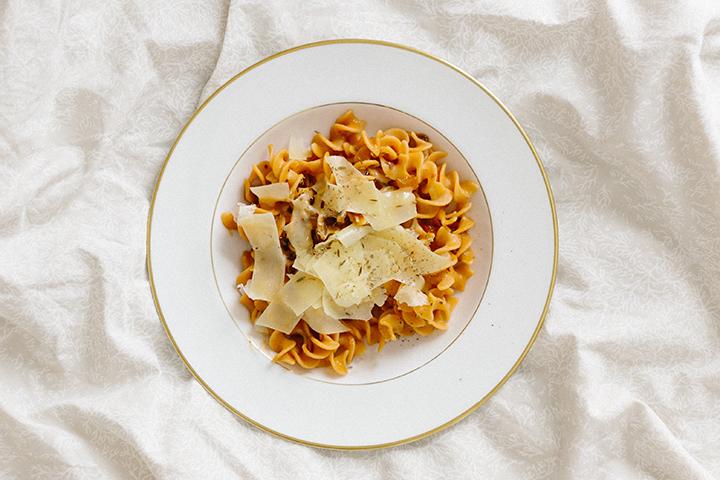 For two days we had been exploring the fantastic ruins of Petra, Jordan’s number-one tourist attraction. The last day, after walking around intrigued by this ancient Arab Nabataean city, I felt piercing pain in my big toe and soon I could hardly walk. I had no idea what had happened. For the next few days the pain increased, and redness as well as swelling of my right foot crept up past my ankles. Day and night my big toe seemed to be on fire. It became so tender that even the weight of a blanket at night was barely tolerable.

Back in Toronto, the first day upon my return, I hobbled into my doctor’s office. Glancing at my sore toe and the surrounding swelling, he quickly announced, “You have the ‘rich man’s disease.’ You have been eating too much meat and other rich foods.” It was my introduction to gout, a disease that has been around since the beginning of time.

First talked about by the ancient Egyptians some 5,000 years ago, gout, in later centuries, was known to the Greeks who called it “the un-walkable disease.” The famous Arab al-Razi, known in the West as Rhazes, one of the greatest physicians in the medieval world, suggested four types of dressing or plaster to treat the disease. One of the ingredients that he used in all the four methods was colchicum, still used today to relieve acute attacks of gout.

Known as the “Disease of Kings” because it is associated with persons of wealth, rich foods, and excessive alcoholic consumption, gout (a form of arthritis) is identified with a number of well-known names in history. From among these are: Kublai Khan, King Henry VIII, Nostrodamus, Isaac Newton, Thomas Jefferson, Lord Tennyson and Charles V, who ruled the largest empire that the world had ever known.

Gout results from consuming rich foods loaded with purine that leads to an excess of uric acid, which can build up in the joints and crystallize, causing attacks of gout. The needle-like crystals inflame the body joints and cause severe stiffness, swelling and pain, particularly in the big toe, ankles, and feet. In the past, treatment of gout included severe dietary restrictions. Today, a liberal interpretation of these restrictions plus modern medication has been able to control this age-old disease.

In controlling gout, high-protein foods increase the blood level of uric acid, and should be almost totally eliminated from the diet. Avoid purine-rich vegetables such as asparagus, cauliflower, dried beans, lentils, and peas; all game meat such as rabbit, venison, etc.; seafood such as anchovies, caviar, crab, herring, mackerel, sardines, shrimps, and trout; most varieties of mushrooms; foods containing excessive yeast; meat preservatives as well as gravies and many sauces; and especially organ meats, such as brain, kidney, liver, and sweetbreads.

Smaller amounts of purine are found in fish, meat, and poultry. However, the consumption of these should be limited to from four to six ounces per day. Yet, in spite of these restrictions, there are plenty of other foods a sufferer of gout can still enjoy. Low-fat cheeses and yogurt, eggs, milk, nuts, and regular yogurt are excellent substitutes for all types of meats. Also, all types of breads and cereals except whole grain; biscuits and cakes; pastas such as macaroni, noodles, and spaghetti; most kinds of fruit and vegetables; and polished rice and its products are some of the foods that can be on the everyday menu.

As for drinks, one should avoid alcoholic drinks completely during a gout attack, then drink only from one to two ounces daily. However, most other fluids can help remove uric acid from the body. One should drink plenty of fluids, other than alcohol, about 8 to 10 glasses per day.

One must be on guard not to become overweight; 30 pounds or more than one’s ideal weight increases a person’s risk. On the other hand, always avoid fasting or rapid-weight-loss diets.

Not all people who suffer from gout are affected in the same way by the various types of food. As a general rule, cherries are beneficial to all sufferers of gout. Some people may find that certain foods such as oranges, strawberries, tomatoes, and various types of nuts affect their gout even though these foods have a low-purine content. Therefore, sufferers must experiment to see what food should be on their menus.

As for myself, I have created the following dishes that seem not to trigger my gout. They are not scientifically proven but are tasty and wholesome and have worked for me.

Place all ingredients in a serving bowl and thoroughly combine. Chill, then serve. Serves 4 to 6.

Thoroughly combine potatoes, garlic, olive oil, yogurt, salt, and pepper then place on a platter. Decorate with olives and radishes; chill and serve.

Cook noodles according to directions on package, drain, then place in a serving bowl.

Thoroughly combine remaining ingredients, stir into the noodles, and serve while warm. Serves 4.

In a frying pan, melt butter then sauté vermicelli over medium/low heat, stirring often, until the pieces just begin to turn golden brown. Add rice; stir-fry for further 1 minute. Stir in remaining ingredients, except cinnamon, then bring to boil. Cover and cook over low heat for 12 minutes. Turn off heat; stir. Re-cover and allow to cook in own steam for 30 minutes. Place on a platter, lightly sprinkle with cinnamon and serve as a side dish with vegetable stew entrees. Serves 4.

Prepare dough for pies, if not using frozen, then set aside.

Make a filling by thoroughly combining all remaining ingredients, then set aside.

Form dough into 20 balls and place them on a tray lightly dusted with flour. Cover with a damp cloth; allow to stand in a warm place for 30 minutes, then roll balls into 5 to 6 inch rounds.

Divide filling into 20 equal parts. Place one part of the filling on each round then fold dough over the filling and close by firmly pinching edges together into half moon or triangle shape. (Prepare pies immediately after mixing fillingif left too long, the filling becomes somewhat watery.)

Place pies on well-greased baking trays, then bake in a 400° F preheated oven for 20 minutes or until pies turn golden brown. Remove from the oven, then brush with olive oil. Serve hot or cold. Eaten just out of the oven, these pies are very delicious.

In a salad bowl, combine tomatoes, macaroni, and basil; set aside.

Combine remaining ingredients then pour over tomato and macaroni mixture in salad bowl. Toss, chill, and serve. Serves about 6.

Melt butter in a frying pan, then sauté onion over medium heat for 12 minutes. Stir in remaining ingredients, except cheese, then transfer frying pan contents to a greased casserole. Top evenly with cheese and bake uncovered in a 350° F preheated oven for 40 minutes. Serve from the casserole while warm. Serves about 4.

Cut off stem ends of zucchini and reserve; core zucchini. (Corer can be purchased from Middle Eastern stores.) Set aside.

Combine remaining ingredients, except the tomato juice, to make stuffing.

Stuff zucchini, then close with inverted stem ends. Arrange tightly in a saucepan, then place inverted plate on top. Add tomato juice and enough water to cover plate; bring to boil. Cover saucepan, then cook over medium heat for 45 minutes or until stuffing is cooked. Serve hot. Serves 8.