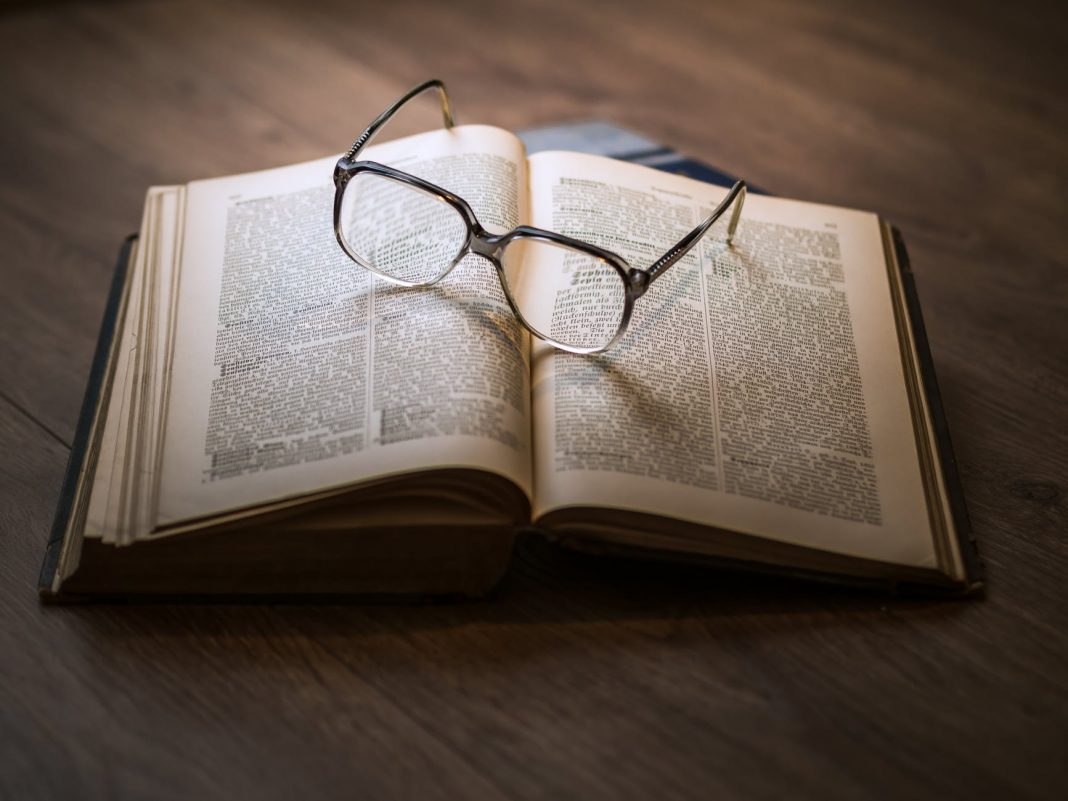 I can remember taking a trip as a child and seeing my first Burma Shave signs. Technically speaking, after 1963 all the 7,000 or so sets of signs were supposed to have been taken down. Still, my discovery may not have been unusual, since even today sightings abound (though they’re not as frequent as Elvis sightings). It could be possible that some of the thousands of signs that dotted the countryside were never taken down, or perhaps (and more likely) they are the work of some nostalgic farmers who recreated them.

Like many great success stories, Burma Shave started by happenstance. Burma Shave, a brushless shaving cream, was concocted by the Odell family. Its predecessor product, a liniment called Burma Vita, was not doing very well in sales, due to competition and to the fact that it could only be sold to people who were ill. It was suggested that it would be more profitable to market a product that could be used every day, such as Lloyd’s Euxesis from England. This was the original brushless shaving cream that was available world-wide. A chemist was hired (Burma-Vita was one of grandfather Odell’s homemade concoctions) and after about 300 mixtures were tried, Burma Shave was born.

However, inventing the product was not the key to success, and the product almost died several times because of poor marketing. One of the marketing schemes was called “Jars on Approval,” in which the Odell boys would enter a man’s office and give him a jar of Burma Shave on this basis: if he liked the product he would pay them 50¢ the next time they saw him. If he didn’t like Burma Shave they would take back the unused portion and “remain friends.”

Then one day, Alan Odell came up with a suggestion. He suggested roadside signs like the ones he had seen on road trips when he was out trying to sell Burma-Shave. However, his father would not hear of such an idea, and was sure that the boy was just homesick because of all the travelling he was doing. Alan continued to lobby for his idea and finally his father gave in and gave him $200 to try out his idea.

The year was 1925, and the automobile had people beginning to take to the roads of America. Second-hand boards were purchased, cut into 36-inch lengths, and painted. The original signs did not have a rhyme. Typically, four consecutive signs would read,

The signs were put up in a hurry before the ground froze solid on the two roads leading out of Minneapolis. There were about a dozen sets of signs put up on the two roads.

Not too long after that, the first repeat orders for Burma Shave were received from drugstores because the people who travelled the two roads where the signs had been installed were purchasing Burma Shave from area drugstores. At this time, the business was broke, so the company was incorporated and 49% of the stock was sold to raise capital. Within three weeks, the shares had been sold, and in early 1926 the first sign shop was set up.

The signs continued to bring success and became more and more humorous. The six consecutive signs, when placed 100 paces apart, created something unique in advertising. Of course, in later years as the roads got better and cars got faster, the size of the signs and the distance between them had to be increased.

The consecutive signs commanded the attention of those reading them longer than any single sign could ever hope to do. The entertaining signs helped make long journeys more entertaining, and people became addicted to reading them.

By having the rhymes build suspense until the fifth sign, Burma Shave forced those reading the signs to focus their attention on reading the full series of signs so that the message could be understood and savored like a good joke. For instance:

Eventually, the signs spread to every state, with a few exceptions. No “official” signs appeared in Arizona, New Mexico, or Nevada because of low traffic density. Massachusetts received no signs because winding roads and excessive foliage made it hard to find enough locations to justify placing them there.

The slogans were very powerful, so much so that the Burma Shave Company did not even feel the effects of the Depression. The rhymes aimed at motivating potential purchasers of Burma Shave were not just cute, but were probably some of the best advertising slogans ever written. Some of them suggested to men that they would do better with the women if they used Burma Shave:

Another good example is

Not overlooking the spending power of women, the company put up rhymes to lure them to purchase Burma Shave for the men in their lives:

Others slogans suggested that there was no better product or substitute for Burma-Shave:

Though the Burma Shave Company prospered, there were many challenges, too. Not only was there fierce competition, there was also the need to come up with a continuous supply of superior verses. This was solved with an annual contest that paid $100 for each verse used. There were thousands of entries sent in, resulting in many rhymes of high quality. Judging the entries eventually became difficult because in some years there would be more than 50,000 entries. This forced Burma Shave to hire some advertising copywriters to help in the selection process.

With the trend toward better automobiles and roads, the traffic accident rate began to climb. In response, the company created some slogans stressing traffic safety. In fact, some of the best Burma Shave rhymes were written with public service in mind:

IS HE LONESOME
OR JUST BLIND
THIS GUY WHO
DRIVES
SO CLOSE BEHIND?

Still other good examples include

There are some funny stories in the history of the Burma Shave Company. In Los Angeles, free sample jars were handed out to men as they entered a wrestling match. However, when one of the wrestlers angered the crowd, some of them started to throw their jars into the ring. Fortunately (and probably miraculously) no one was hurt . . . a close shave for the company, so to speak.

A similar occurrence happened at Ebbets Field in New York. Tubes of Burma Shave were handed out to fans entering the game, but when the umpire made a call unfavorable to the Dodgers, he was pelted with the tubes. The game had to be interrupted until the groundskeepers could remove the tubes.

Another problem that arose was that the Burma Shave signs had a tendency to disappear near college towns. To remedy this, special bolts were used, so that a special tool was necessary to unbolt the signs, and the posts had crosspieces attached to the bottoms to act as anchors.

Another problem in rural areas was the tendency for hunters to use the signs for target practice. Some destruction was also caused by small animals that took to chewing on the signs. However, much more damage was attributed to horses that found them to be an ideal height for back scratching. A horse would maneuver itself beneath the bottom edge of a sign and then begin to scratch the itch. This would often result in a broken sign. This problem was solved when many of the signs were raised from nine feet to ten.

Still another problem occurred when the Burma Shave Company tried to mock the rising trend of coupon advertising with the following rhyme:

FREE OFFER! FREE OFFER!
RIP A FENDER
OFF YOUR CAR
MAIL IT IN FOR
A HALF-POUND JAR
BURMA-SHAVE

Fenders began to arrive in the mail and by express, and local people scavenged the Minnesota junkyards and brought in fenders. Some fenders from toy cars also came in, and without exception, everyone who brought or sent in a fender received a free half-pound jar of Burma Shave. Of course, the publicity from the bumper offer was priceless and further helped to establish the company as part of America’s roadside culture.

Perhaps the company went too far with the following rhyme spoofing science fiction and curiosity about outer space:

The manager of a supermarket in Appleton, Wisconsin, took up the challenge and wrote to the company asking where he should send the 900 jars for his free trip. The company sent back the following reply: “If a trip to Mars you’d earn, remember, friend, there’s no return.”

In reply, the enterprising supermarket manager accepted. He turned the project into a fantastic promotion for Burma Shave that had children and adults swarming the supermarket. The promotion included no less than a rocket plane on display and little green men on the roof firing toy rocket gliders into the parking lot.

It was decided by the Burma Shave company to send the manager and his family to Mars. The real destination was to be Mars, Germany. (Even though it is spelled Moers, it is pronounced Mars.) Again, the publicity was enormous, especially when the manager showed up wearing a silvery space suit and a bubble on his head. The company, of course, provided him with extra jars of Burma Shave so that he could barter with the Martians.

Another reason the ad campaign was so successful is that the company would not put up any signs that offended anyone. Some of the signs showed a measure of humility:

It is said that all good things must come to an end, and this was the case with Burma Shave. There were a number of factors that led to the decline of the product. After World War II, increasing costs and decreasing sales began to be felt by the company. People were travelling faster on the highways and times were changing. The signs just weren’t working anymore, and the company started to advertise with other media.

The real end to the roadside rhymes came in 1963, when the company was sold to Phillip Morris to become an operating division of American Safety Razor Products. The decision was made to remove all the signs as soon as possible, especially since any remaining signs would mean that rent money would still be owed to farmers. The end of the signs was popular fodder for the news media, and many stories were written about the demise of this American institution. A set of signs was donated to the Smithsonian Institution to preserve this part of Americana. Below are a few more of the 600 rhymes that were used on roadways throughout the country.

PEDRO
WALKED
BACK HOME, BY GOLLY
HIS BRISTLY CHIN
WAS HOT-TO-MOLLY
BURMA SHAVE

“NO, NO,”
SHE SAID
TO HER BRISTLY BEAU
“I’D RATHER
EAT THE MISTLETOE”
BURMA SHAVE