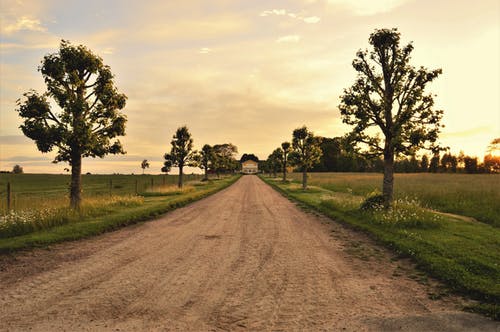 The other day I walked into my local Ace Hardware store and cancelled this magazine’s longstanding account.

“How come?” Dan, the owner asked surprised. I had shopped there ever since the company moved to Gold Beach, Oregon three years ago and knew everyone firsthand.

“But we’re apolitical,” he said. “We have nothing to do with that.”

“You have the Ace Hardware sign on your door,” I said, “which means you benefit from their advertising.”

“But we’re a family-owned business, Dave, you know that,” he protested.

I felt very bad at that moment. His business was similar to mine: just a few employees, family members working hard to keep things going. They relied on every account in this small town. But I knew I had to make a statement at the local level in defense of the Second Amendment, which guarantees individuals like me the right to have a gun.

Rosie O’Donnell’s statement when she was a spokesperson for K-Mart in 1999 was foremost in my mind: “I don’t care if you think it’s your right,” she said, “I say: Sorry, it’s 1999. We have had enough as a nation. You are not allowed to own a gun, and if you do own a gun I think you should go to prison.”

I and tens of thousands of other gun ownersjust a fraction of the 80 million Americans who own guns boycotted K-Mart, and the company subsequently dumped Rosie as a spokesperson. Now Rosie’s photo was displayed prominently on Ace Hardware’s Internet website under the headline: “Paint Your House ‘Rosie’ with Ace Paint.”

Outraged e-mail suggested a boycott of Ace for their support of someone who wanted to put us gun owners in prison, and I agreed. But the boycott was more personal this time. There had been no K-Mart in Gold Beach, but my neighbor, Dan, owned the local Ace Hardware.

“It’s going to be costly for me too,” I told Dan. “You’re the only good hardware store in town. But there comes a time when a person has to take a step in the direction of freedom. Rosie O’Donnell wants to put me in jail, and Ace Hardware supports her. I have no choice but to fight back in the only tangible way I canby boycotting Ace Hardware and anything connected with Ace and Rosie O’Donnell.”

The owner, not understanding, waved his hand at me angrily and walked away in a huff.

Less than two days later, alarmed by the thousands of people like me who had taken similar action, Ace distanced itself from Rosie O’Donnell, closing the offending page on its website and sending out e-mails and letters to angry customers like me stating: “Ace Hardware has not and does not employ Rosie O’Donnell as a spokesperson, nor do we have any official relationship or affiliation with her.”

The boycott had taken two days, and I reopened my Ace Hardware account. “It was all a mistake,” said the grateful Dan. “Rosie wasn’t really acting as an Ace spokeswoman.”

I relate this incident because it illustrates a critical lesson for all of us who support the U.S. Constitution and its Amendments, including and especially the Second Amendment. The power of economic boycott is a big weapon at our disposal. We no longer have to roll over and play dead every time some misguided but influential gun grabber like Rosie O’Donnell tries to take away our rights. In the face of the mass media eagerly reporting her every word while portraying gun owners as villains, we can fight back, quietly but with tremendous effect, by means of the economic boycott.

And let’s not forget Smith and Wesson, the gun maker brought to its knees by the economic boycott of gun owners after S&W made a sell-out deal with the federal government to protect its hide from lawsuits. So outraged were gun owners with S&W that they have been slow to forgive, and S&W will likely not recover from the loss of financial revenue.

People like Rosie O’Donnell have been given a free ride when they try to strip us of our rights. That is a recipe for disaster for gun owners. It’s not enough that we contribute money to organizations like the NRA and GOA so that they can fight the Congressional battles for us. We must take to the streets ourselves in forms like the economic boycott to make Rosie and the companies that support her pay. If it means crippling them like we have done to S&W, so be it. Remember, she wants to put us in prison because we exercise a Constitutional right.

Rosie O’Donnell just launched a national magazine called Rosie. In it she is unapologetic about her stance to imprison gun owners like you and me. In her page 2 “from rosie” column she even frets about the difficulty of getting big advertisers to support the magazine. The big advertisers who do support her in the August issue of the magazine include Ford, Chevy, Kellogg, Clorox, Johnson-Johnson, Doubleday Book Club, and Target. I’ll boycott them all, and write their main offices and tell them why.

This isn’t about Rosie, it’s about freedom and rights. There are 80 million of us she wants to imprison. If we don’t act now, while we still have the chance, she may someday get her wish.