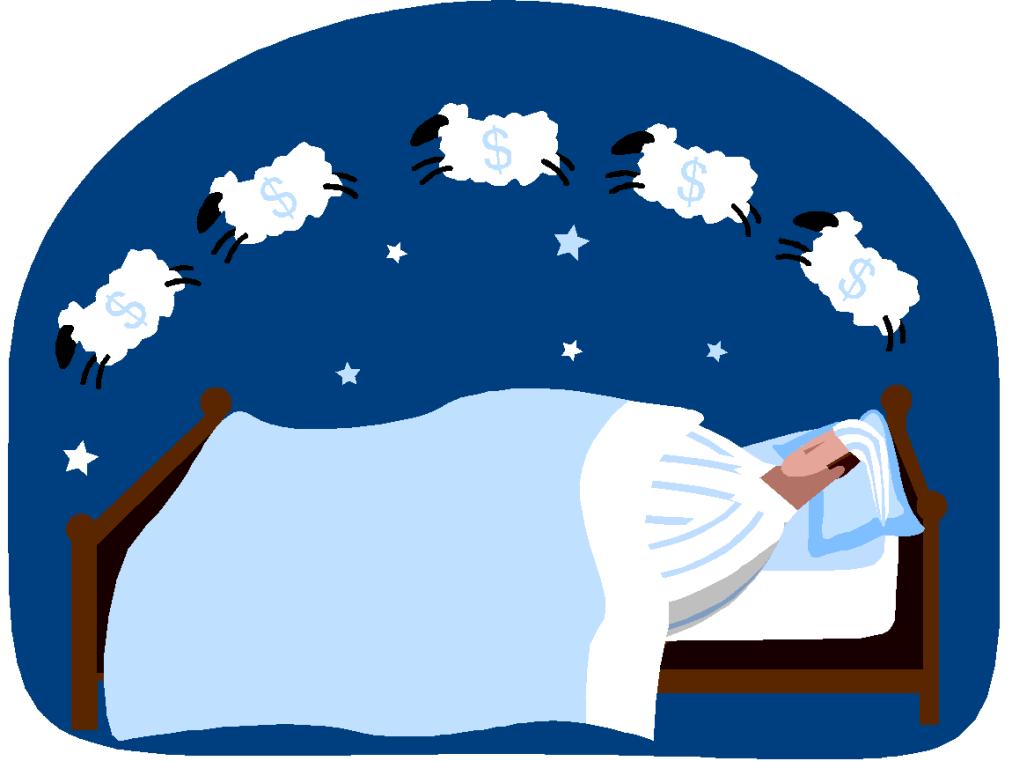 For thousands of years, sleep has been one of life’s great mysteries. As humans, we spend about one-third of our lives sleeping, though as babies we spent about 16 hours a day in sleep. If you live to be 75, you’re going to spend about 25 years asleep. It’s no wonder that people like Thomas Edison and Nikola Tesla thought sleep was a waste of time. In their cases, they each slept only a few hours a night.

It’s only been recently that sleep has been studied by scientists. But after more than a half century of laboratory studies, researchers still are not sure why we need sleep or why different species of animals need different amounts of it. Among mammals, the all-time sleep champion is the koala. It sleeps about 22 hours a day. Squirrels and tigers sleep about 16 hours a day. Cat lovers know domestic cats will sleep from 16 to 20 hours a day. Pythons, opossums, giant armadillos, lions, chipmunks, and numerous other animals also spend more than half their lives in sleep.

At the other end of the spectrum, elephants in the wild sleep about four hours a day because they spend up to 18 of their waking hours, every day, feeding. The other two hours? Apparently, they’re either looking for a place to sleep or for something to eat. Giraffes get by on less than two hours a day. More amazing is that alpine swifts fly for seven straight months, feed on nothing but airborne insects, and sleep while in flight. Dolphins, whales, and porpoises let half their brain sleep while the other half remains alert and watches for predators. They literally sleep with one eye closed and the other open.

But here’s an animal both Edison and Tesla would have envied: the bullfrog. Bullfrogs apparently never sleep.

Do plants sleep? It seems many plants require periods of both sunlight and darkness to develop and thrive. But, since they lack a central nervous system, botanists do not regard that period during darkness, when photosynthesis ceases, as being “sleep.”

So, what is sleep? The short answer is: We don’t know. But scientists are gradually unraveling its secrets — what it is and why we need it. Sleep was once thought to be a passive act, but researchers have discovered it is an enormously complicated activity and that whether we’re awake or asleep depends on a host of neurotransmitting chemicals that our bodies make and release on a 24-hour cycle. These chemicals tell us when to go to sleep and when to wake up. For example, in the evening, our bodies’ production of melatonin increases, making us drowsy, but it decreases by morning letting us wake up. Another chemical, adenosine, builds up in our brains while we’re awake and when it reaches a certain level, we need to sleep, and sleep seems to break the adenosine down. Other chemicals, such as cortisol, appear to help us wake up, while serotonin and norepinephrine are what keep some parts of the brain active while we are awake. Sleep is not as simple as it looks. It’s one of the most complicated activities in our lives.

You don’t just “sleep through the night.” There are five stages to you getting a good night’s sleep, and you have to cycle through those five stages four or five times, in a single night, to feel rested.

Stage 1. You’re just drifting off. Your eyes move slowly and there may be body twitches, and you can be awakened easily.

Stage 3. This is the first stage of “deep sleep.” Deep sleep is the “restorative sleep” that is the most important to your health. Stage 3 is a mixture of fast and slow brain waves. It is the stage in which people sleepwalk, talk in their sleep, and even wet the bed.

Stage 4 This is more of the deep, restorative sleep, but it’s distinguished from Stage 3 by different brain waves. It is the stage in which you’re going to be most disoriented if you’re awakened.

In Stages 3 and 4 human growth hormone is released, the immune system seems to repair itself, and the brain seems to get its best rest. But as we age, we spend less time in Stages 3 and 4, therefore we get less restorative sleep. It’s one of the problems we have as we get older.

Stage 5. This is the Rapid Eye Movement (REM) stage. It’s when you dream most vividly. Stage 5 brain waves are similar to what they are when you’re awake, but you experience muscle paralysis. Researchers believe this paralysis is to keep you from acting out when you’re dreaming. If you’re awakened during REM sleep, you’re apt to recall what you were dreaming about.

The first period of REM sleep lasts about 10 minutes. But as the night progresses, each time you go through it, it lasts longer (while Stages 3 and 4 get shorter) and the last time, just before you wake up, you may dream for as long as an hour. By the way, babies and old people spend more time in REM sleep.

Some 85 percent of all mammals are polyphasic sleepers. It means that whether or not they have long periods of sleep, like humans do, they also take lots of “naps.” Cats are the polyphasic sleepers we’re most familiar with. Dogs are, too. Humans are considered monophasic sleepers; i.e., we have two distinct periods in a day: sleep and being awake. But wait, children and older people take naps during the day, just like cats and dogs, and some researchers think we should all take naps, but that the demands of society prevent us from doing so.

I recently told a doctor I can’t get through the day without a nap or two. He said, “Naps are good! Sleep is the best drug there is.” So, as far as I’m concerned, I now have a doctor’s prescription to take naps. I’ve since found out that a NASA study, conducted with pilots and astronauts, showed that a 40-minute nap improved their performances by a third and their alertness by 100 percent. Perhaps those living south of the border, who have made a tradition of the siesta, are on to something.

Many of history’s most famous people were big on naps, including Einstein, da Vinci (who slept for 15 minutes every four hours), Napoleon, and Edison. For those on the left or right of the political spectrum, both Bill Clinton and George W. Bush are nap takers. The father of surrealism, Salvador Dali, took naps in a chair while holding a metal key in his hand. When he started to slip into sleep, his fingers would release the key and it would drop into a metal plate and wake him up. He said inspiration for some of his most famous works came from the images he saw just as he nodded off to sleep.

Short naps, which only take you through the first two stages of sleep, can be quite refreshing. Some people call it power-napping. Naps like this shouldn’t interfere with you going to sleep at night. But if you nap into the 3rd and 4th stages of sleep, expect more difficulty falling asleep that night.

As you age, the amount of melatonin your body produces to bring on drowsiness decreases and falling to sleep becomes more difficult. You also spend less time in Stages 3 and 4 (the deep, restorative sleep stages). Older bodies also have more problems absorbing nutrients including many of the vitamins and minerals that researchers have linked to promoting good sleep.

Many things can prevent you from getting a good night’s sleep. Alcohol, caffeinated drinks, and a host of both prescription drugs and illegal drugs can degrade the quality of your sleep by interfering with one or more stages of the sleep cycle. For instance, alcohol can make you drowsy and make falling asleep easier, but it also interferes with the deep sleep stages.

Your diet can also affect your sleep. But the good news is that you may be able to reduce some sleep problems by paying attention to what you eat or even by taking supplements. Certain dietary deficiencies that have been linked to poor sleep include deficiencies of vitamin D, iron, calcium, magnesium, vitamin E, and several of the B vitamins: B3 (niacin), B5 (pantothenic acid), B6, B9 (folic acid), and B12.

As I grew older, my (already poor) sleep continued to get worse, so I had blood tests performed and discovered I was deficient on several vitamins and minerals. To offset these deficiencies, I began taking vitamin and mineral supplements, along with melatonin, all of which are over-the-counter, no prescription needed. Through another blood test I discovered I have a genetic defect, called a MTHFR mutation, which makes it difficult for me to process folic acid, so I began taking a processed form of folic acid. The result of taking all of these supplements is that, at 73, I’m now sleeping as well as I did in my 40s and 50s. How do I know the supplements work? If for one reason or another I can’t take them, I’m in for a night of hell.

If you’re curious about what supplements seem to work for me, you can read “Supplements – it’s a murky science, but here’s what I take, and here’s why” in The Thirteenth Year Anthology. I wouldn’t advise following my route without first consulting  a doctor. And if you do, remember the old saying, “Your mileage may vary.”