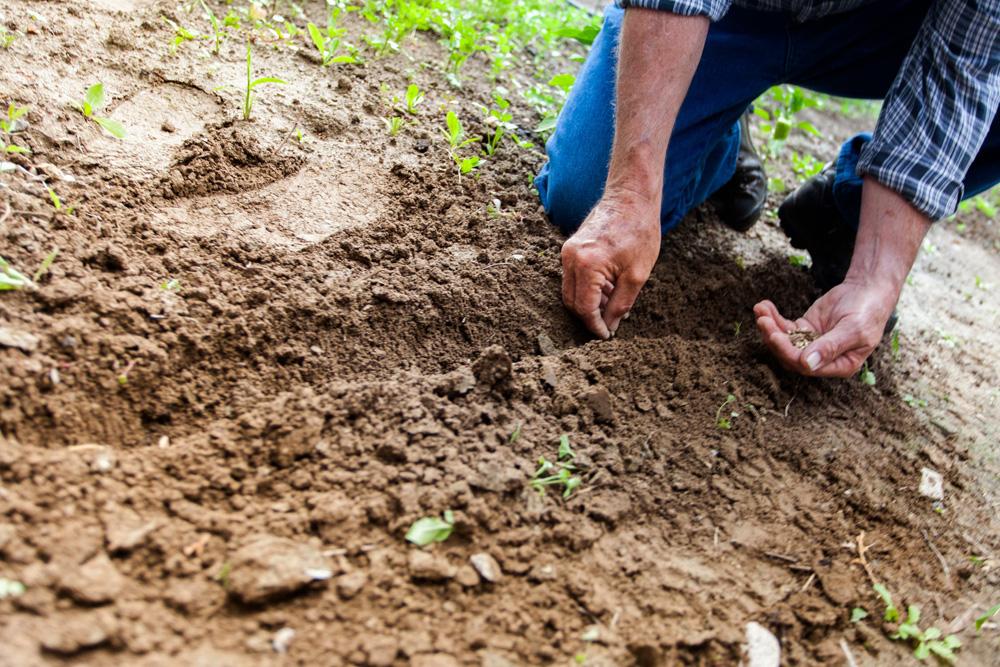 Having the best vegetable garden in the village might put food on the table and make some money at the market, but it also can cause some problems. Or so it was with my grandfather, the mayor of a small village in Hungary, then a part of the Austrian-Hungarian Empire.

My father told me Grandfather grew some of the best potatoes, cabbage, and carrots in the area. But one summer he ran into problems. Someone was stealing his produce. Not just stealing it, but also digging some of the plants up and leaving them to spoil.

Besides his huge vegetable garden, my grandfather had the duties of mayor, taking care of local disputes and such. He also had some cows, horses, and hay fields to care for. My grandmother helped and so did some of the children who were older, but for the most part the work fell on my grandfather and he was none too pleased to see his hard work being ruined by thieves and vandals.

One of the people taking vegetables was an old man who lived in a little shack and no means of support, other than odd jobs. What little money he made, he spent on drink. My father did not begrudge him the few vegetables he took, but he felt bad that the old man was spending the money he made from the vegetable garden on liquor.

He also knew that the old man was not a vandal. He took whatever vegetables he got out of the garden to either eat or sell. Someone else was tearing up the garden.

He got an idea. One day he told my grandmother, “I think I’ll hire the old man who’s taking my vegetables as a night watchman for our garden. I’m too busy to stay up watching it.”

My grandmother shook her head, “But can we afford it?”

“I won’t pay him too much. And what we save from his keeping our vegetables from being taken or ruined will more than make up for what I pay him.”

My grandmother agreed. “And maybe a job will change him.”

My grandfather smiled, “That’s what I was thinking. In fact I think this will work out very well.”

When he first approached the old man about a job watching the vegetable garden, his eyes got big and he looked frightened. No doubt he was afraid my grandfather knew he was taking some of the vegetables. But he agreed to the job.

The very first night on the job the old man caught the ones who were ripping up the garden. They were two young boys whose father had died in war and were being raised by their widowed mother. They were an unruly lot and not much older than my father. My grandfather felt sorry for them but knew that he must do something. Not only were they wrecking his garden but, since he was mayor, he must also mete out some sort of justice.

“I’ll tell you what,” he told the two wild brothers, “I will show you how hard it is to grow a nice, big garden, but I will also show you how enjoyable it can be.”

At first the boys were angry and spiteful. But they changed their minds when grandfather also paid them a small amount for their labors. Then he let them take fruit and vegetables home to their widowed mother. Soon the boys were anxious to come to work. They felt proud of what they were learning and my grandfather took his mules over to their mother’s small plot of land and helped them plant their own garden.

Meanwhile, the old man my grandfather had hired to watch over the garden was still on the job. Now that he had to “work” at night, he did not care to drink so much during the day. And, as with the two boys, my grandfather gave the old man produce to take home each day for his own use. And a change came over him. He started to feel proud that he had a job and he started to take care of himself. In fact, he took some of the money my grandfather paid him and bought himself a new white shirt. The next Sunday he showed up in church, clean-shaven, with his new shirt proudly buttoned up, and he was sober.

With the boys helping him in the garden, my grandfather made the garden even bigger, thereby having more vegetables to sell and therefore having more money from the sale of the produce. With this he helped the boys buy seed and fruit trees for their own lot. Before long they were doing very well in their own garden and selling produce to help their widowed mother.

With the extra money my grandfather decided to fix up a nice clean room in one of his outbuildings where the old man could live safely and comfortably. He still paid him to work for him, but by now he didn’t need a night watchman for the garden. Instead he paid him for odd jobs so that he could always have some of his own money.

He began eating his meals with my grandfather and grandmother and their family. In fact he stayed with them until he passed away. He also gave up drinking for good.

So with just a few extra cents, my grandfather helped the two boys and the old man help themselves, and he changed the lives of a lot of people including my grandfather’s and my father’s, who told the story to me.