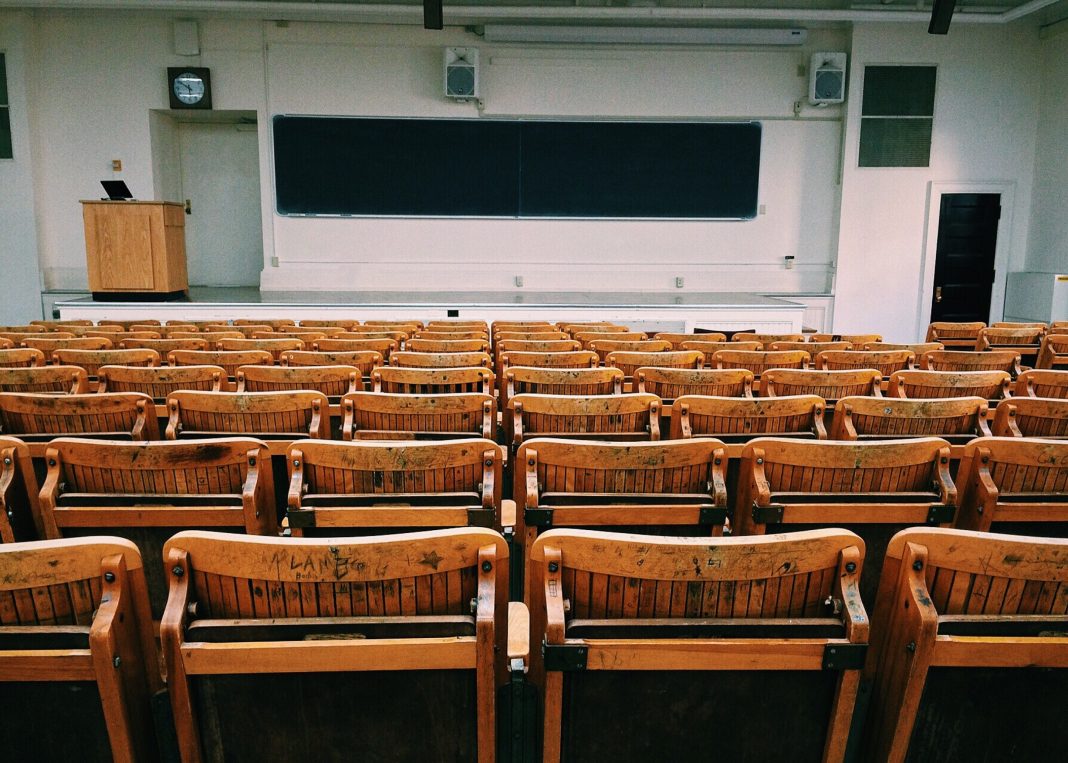 If so, you may have come to the same conclusion I havethat college these days is a very iffy proposition. Not because it’s expensive, but because, for most of the degrees it confers, it has little to do with education but much to do with instilling “politically correct” thinking into the minds of its students.

Except for the sciences and some business courses, college is pretty much a waste of time today for people who want to be truly educated. Most higher education, and virtually all primary public education, has become the tool of choice for liberals desperate to maintain and expand their power in America by capturing the minds of our youth. Sound far fetched? Let me give you an historical example of what I’m talking about.

At the dawn of the 17th century, the Roman Catholic Church had a near monopoly on the university system in the Western World, just as the liberal political establishment does today. In the 17th century the Church taught that important knowledge was handed down by the Church, with the Pope as the final arbiter of what was true and what was false. Inquiry was pursued within the framework of Aristotelian cause and effect argument, but the Church’s precepts were not to be questioned. Among those precepts was that the Earth stood at the center of the universe. Galileo, the greatest scientist of his age, was imprisoned for supporting the Copernican assertion that the Earth really orbited the sun. To the church and educational leadership of the day, truth was less important than dogma.

Developments in astronomy and technology, which included the invention of the telescope, which was invented outside of the university system, proved Galileo right, of course, while other discoveries showed the university system to be wrong about many things. But it took a mighty intellectual struggle that lasted into the18th century to wrest control of the universities, and hence the intellectual development of the bulk of mankind, away from the ecclesiastics. Many of the discoveries and inventions that ushered in our modern age took place outside the university system in private societies and clubs that formed as an alternative for people who wanted intellectual freedom. The fruits of these clubs included the scientific method and the discoveries of magnetism, electricity, and the laws of the cosmos. As 17th century universities contemplated the number of angels that could sit on the head of a pin, the societies and clubs discovered the nature of the world. They not only invented our modern world, but their passion for seeking the truth in all things, including political systems, led directly to the greatest political achievement of all time, the U.S. Constitution and its Bill of Rights.

Now we seem to find ourselves back at square one. The liberal establishment with its politically correct ideas of wealth redistribution, the evils of capitalism, and the sanctity of causes like global warming, animal rights, and all sorts of other nonsense founded on nothing more than their “feel good” ideology, now controls the universities and is teaching their phony philosophy to our children. It’s not much different than the 17th century Church teaching false precepts to their students.

The pressure to attend college these days is tremendous. If you can ingest the politically correct liberal line for four years, you get your ticket to employment, your diploma. That piece of paper is good for a job in our government’s giant bureaucracy, the military’s officer ranks, and a variety of big corporations. Even police agencies now require a degree to become a cop.

Most parents believe their children must go to college “to succeed.” That was true as well when the ecclesiastics held power in the 17th century universities. And if, by success, we mean getting a good job then I guess it is true, but is that really all we want for ourselves and our children? Do we really want our children to settle for a life of mindless adherence to corporate and government decrees?

If so, today’s colleges and universities are doing a great job. Our children will be experts on egalitarianism and why Heather has two mommies; just do not expect them to be able to read or write, or to have any original thoughts.

I get submissions in my office all the time from wannabe writers whose resumes listing their degrees are longer and more impressive than their articles. With rare exceptions, the people I find with knowledge and the ability to transmit that knowledge to others are not degreed but self-educated.

I think it’s time we did what 17th and 18th century intellectuals did and find an alternative to the university system. My daughter graduated from high school two years ago, and she succumbed briefly to society’s pressure to attend a university, then chucked the idea as a waste of time. I did the same thing in my youth, as even then it was apparent that colleges weren’t doing much educating. I could learn far more from reading books.

History is a great teacher. It tells us what has worked and not worked in the past, so we can better understand what will likely work in the present and future. Sadly, today’s university system ignores the lessons of the past and works primarily as a way for the ruling liberal class to maintain its power and spread its political ideology. It does a great job of everything except truly educating our youth. v