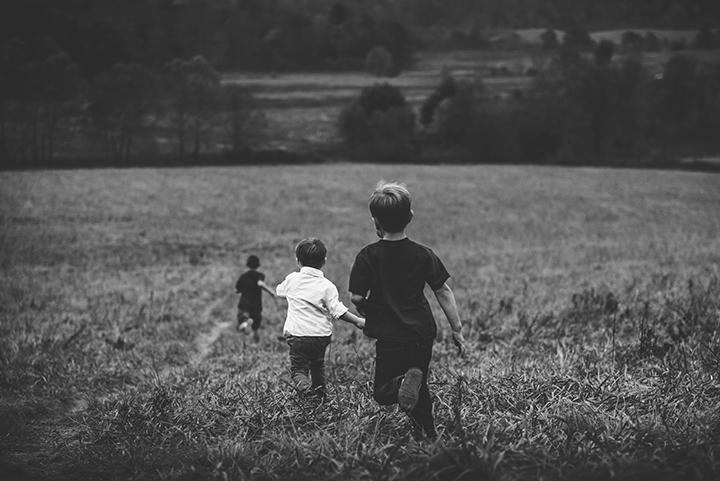 In the almost two years since the Columbine tragedy, American police have coined the term “active shooter.” It means, in essence, a crazed gunman who is at the scene now, murdering people or trying to. As a cop for 27 years by the time you will read this, I find that terminology poignantly sad. For most of my life, “active shooter” meant a decent person who actively pursued a certain healthy hobby.

Like many of you reading this, I grew up with guns. Also like many of you, I had kids and guns in the same house when it was my turn to be the parent. This is true of almost every cop I ever worked with. The officer who leaves his only gun, the issued service weapon, at his locker when he leaves work and doesn’t have a firearm at home is a rara avis indeed, and probably a young and unseasoned one, or one who has spent his career safely behind a desk. The cops in the street learn quickly the reality of violence, and after they’ve seen enough victims they say to themselves, “Not me and not mine.”

This is also why most cops leave a gun at home for their significant other when they are at work. They know best of all that police work is necessarily reactive rather than proactive. Anyone who says “the police will protect you” hasn’t been a cop. Those of us who have been, know that we can only respond to calls for our service. This means, basically, that you have to survive long enough to call us, and then you have to wait for us to get there.

There is now great emphasis on passing legislation that will criminalize parents who make loaded guns accessible to their children. Hey, send me up. One day, off duty with my kid in a jurisdiction other than my own, we passed a cop who was struggling on the ground with a violent suspect at the side of the road. As I pulled over, I handed my loaded 2″ .38 Special backup gun to my 11 year old daughter before I got out of the car and ran back to assist the officer. All ended well, with no bloodshed. I would do it again tomorrow. The kid was already trained to an adult standard. It was an emergency. In what the law calls “the balance of competing harms,” it was simply the right thing to do. If that suspect had overpowered and killed the officer and then killed me, he wasn’t going to leave my kid alive as a witness. She stayed locked in the car, her finger clear of the trigger of the loaded gun, similar to one with which she had recently qualified to a police standard. She did the right thing, too.

Each family has to make their own decision, and it has to be made specifically for each child, with a ruthlessly honest appraisal of the child’s emotional stability, maturity, and ability. My father, and his father before him, were gunfight survivors before I was born. I grew up with firearms. By the age of nine, I had a .22 rifle, a shotgun, and a Winchester 94 deer rifle hanging on a rack in my bedroom. At the age of 12, I had a loaded Colt .45 automatic in the desk drawer in that same bedroom.

My own children are now 16, and almost 24. Both learned guns early, helping me clean them at age 5 and shooting at age 6. The elder has been licensed to carry loaded and concealed since age 18, and it has already saved her in one incident, with no shots fired. Her attackers fled when they saw her S&W 9mm.

Elder Brat chose not to have a loaded gun in her own room until she was 18. She has had one there ever since, except when she was living on a “gun-free” university campus. Younger Brat at 16 also prefers not to keep a loaded weapon of her own in her room, but if home alone, knows where the immediately accessible loaded defense guns are.

I respect their choices. These young women often entertained their female friends in their rooms, and didn’t want loaded guns accessible to the untrained. When I was a teenage boy, if my buddies came over we stayed in the living room or the yard, and if the guys wanted to see my guns, we had my dad clear it with their dad and all could go to an appropriate range together. My daughters did the same: many of their friends found guns fascinating, and Dad always cleared it with the parents before the trip to the gun club. It all worked out.

Access to loaded weapons requires training, skill, and already-demonstrated adult levels of responsibility. My kids fit the latter. What struck me most was that each of them became the ones their peers came to for advice when they were in trouble. Skills? My first-born, Cat, won her first pistol match against adult men at age 11, and at 19 earned High Woman honors at the National Tactical Invitational. My second daughter, Justine, was 13 when she won the National Junior Handgun Championship Parent/Child Team with only a little help from her dad.

Kids and defense guns? In 2000, a maniac with a pitchfork broke into a home occupied by a bunch of kids guarded by a young teenage girl. She tried to reach her parents’ gun for defense, but it was locked and inaccessible. She jumped out a window and ran to a neighbor’s house, telling him what happened and begging him for a gun. Aghast, he kept her there as he called the police. When the cops cameand finally killed the homicidal maniacit was too late to save the little ones.

I remember the little boy who killed the man who otherwise would have beaten his mother to death, using the mom’s little pistol that he snatched from her desk drawer. I remember the youth who used a .22 rifle to kill the pit bull that was trying to bite his little sister to death. And I remember the 12-year-old whose father trusted him to have his own .22 revolver in his bedroom. It saved the boy’s life when the estranged lover of the father’s new girlfriend broke into the house and killed the older son and the girlfriend and shot the father and left him for dead. When the mass murderer came to the 12-year-old’s room, the boy’s gunfire killed the murderous home invader, saving the kid’s life.

We who own firearms have to live up to the responsibility of keeping them out of the hands of the irresponsible. That is patently obvious … but, once it is said, there are times when responsible young people will face life-threatening crisis and have to act like adults to save innocent lives. That can only happen if the child who has lived up to adult standards of responsibility and prudence has access to an adult level of power to stop the harm.

It is not an easy question, and it never will be. I will never suggest that all children have access to deadly weapons. That would be madness. But, once they had been specifically trained in the responsibility attendant to themnot just gun safety per se, but the ability to make what cops call “the deadly force decision”I did entrust my own responsible children with that power.

And those responsible children never gave me cause to regret it. Fate, however, gave me reason to be glad I had done so.

I will stand by the decision I made … as you will have to stand by yours.