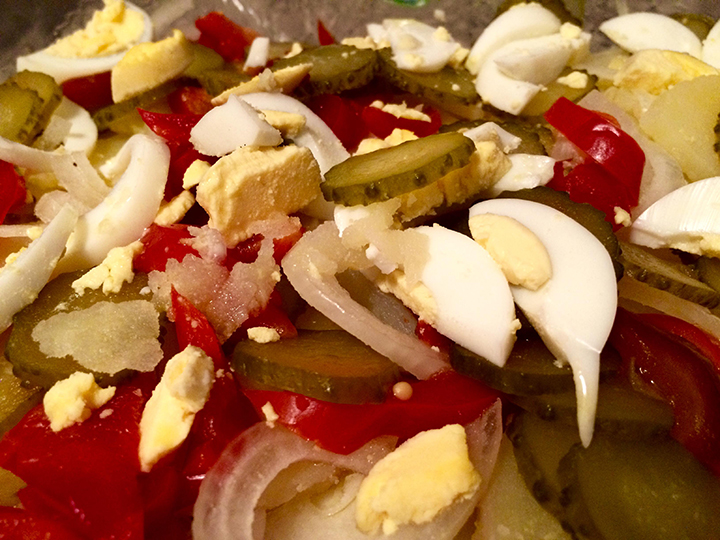 Popularity of the movie Fried Green Tomatoes has sparked new interest the last few years in those ubiquitous green tomatoes that many gardeners have in plenty near the end of the growing season.

My grandmother, respected as both gardener and cook, welcomed those end-of-season hard, green fruits as more than a bonus. To her, they were jewels of the season.

Beyond frying them in batter for supper treats, each year she turned a peck of them into a large batch of piccalilli, one of our favorite relishes. By late August, jars of emerald piccalilli stood ready in her pantry not only to serve at family meals but also to be given as much welcomed gifts to friends at Christmas.

Grandma has been gone for nearly 50 years, but her special recipes continue to please. Written in her Victorian style handwriting, in faded pencil and in ink long browned by age, they fill a notebook that is one of my treasures. The piccalilli “receipts” are scribbled on a sheet of brittle paper, a bridge over time.

The results are as tasty today as they were when the tomatoes came from Grandma’s own garden.

Put the tomatoes, peppers, onions, and cabbage through a food chopper or chop coarsely in a food processor. Mix the vegetables thoroughly.

In a large container of crockery or glass, spread the vegetable mix in layers, sprinkling each layer with some of the salt until it is all used.

Let the mixture stand overnight. Drain it the next day.

Tie the spices and mustard seed into a cheesecloth “bag.” Place this with the drained vegetables into a large canning kettle. Cover with vinegar. Cook slowly over low heat for two hours, stirring frequently to prevent burning and sticking.

Fill sterilized canning jars with the mixture and seal according to the jar manufacturer’s directions.

If she had enough green tomatoes, Grandma might also make a version without the cabbage.

Slice the green tomatoes, discarding the stem ends. Slice onions. Mix together with the salt in a large pickling crock. Let stand overnight. Drain. In a large canning kettle, place the tomatoes and onions. Add two quarts of vinegar and two quarts of water. Bring to boil and simmer for 15 minutes. Drain again. In the same kettle, place one quart of vinegar and add the cinnamon, cloves, and light brown sugar and simmer for 20 minutes, stirring frequently. Add the tomato and onion mixture and bring to a boil. When this is thoroughly scalded, remove from heat.

Place the mixture in scalded quart canning jars and seal according to manufacturer’s instructions.

In the cold of winter, a taste of tomato relish brings back the smells and color of the last days of summer, and memories of Grandma cherishing late August’s bounty.

Teaching the joy of reading