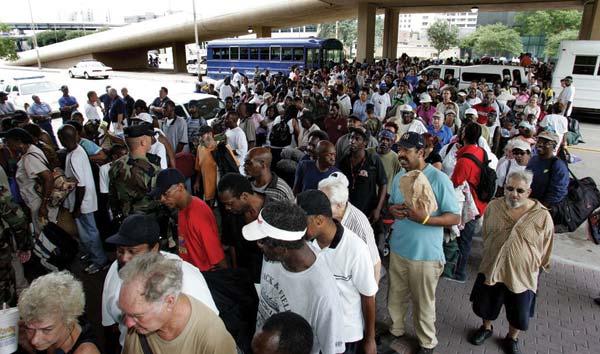 The interesting thing about being a “prepper” is most preppers don’t want anybody to know they are one! No doubt many fear they will be ostracized by friends and neighbors, whose only knowledge of preppers is based on “hit-piece” documentaries spotlighting only the extreme fringe elements of the preparedness movement. This beltway journalism spotlights those few who really do think this country is going to crash at any moment, as they are photographed in their camo outfits with an AK-47 slung over their back. Although there are estimated to be more than 4 million preppers in the United States, the actual number may actually be far higher, as the general public is becoming less and less confident that our government can feed, shelter, and protect them during a real emergency.

I think another reason we may be surrounded by preppers and don’t know it is their fear that if it’s known they have a basement full of emergency supplies, their house will be the first place everyone heads when a disaster does strike. Remember the story about the ant and grasshopper, or Noah’s neighbors when it finally started to rain? Ever see photos of a well-stocked grocery store in a heavily populated area just days after a major power outage? When bad people want what you have, or when normally law-abiding citizens suddenly have young kids to feed and disaster strikes, things can get ugly fast for those without basic food and water. Do you live in the rural country and think these things only happen in a crowded city? Theft of expensive farm equipment is already so common that there are now national serial-number tracing centers just for stolen farm equipment. There are plenty of bad guys to go around, and disasters just bring them out in force no matter where you live.

Over the years I have provided solar power systems for the true survivalists and I really do admire their dedication to living a self-sufficient lifestyle. Although these people may be near the more extreme end of the prepper movement, as they say  just because you are paranoid, doesn’t mean someone is not following you!

The majority of the preppers I have worked with are very family centered, many have served in the military, and most are very patriotic, polite, and well educated. Yet, the general public thinks they are all nuts, and cannot understand why anyone would want to spend all their time and money to prepare for something that most likely will never actually happen. However, in reality all preppers know there is no way our government could possibly take care of a large number of survivors if a major catastrophe really did occur, regardless of what we have been told by a news media that hasn’t a clue if it’s not written on a teleprompter.

Ask the citizens of New Orleans what happened just days after Hurricane Katrina caused major destruction to their city in 2005. Did food trucks arrive? No, but one of the first things their local government did was to go house to house and confiscate all of the legally-registered handguns, leaving flood-stranded homeowners helpless to protect their homes and belongings from roving thugs while police were nowhere to be found. Then after a week of very limited action  but lots of finger pointing between the mayor, the governor, and a president working through FEMA whose director had limited emergency-management experience  the help that did finally arrive required standing in line for hours each day just to receive some limited military food rations and bottled water.

Thousands of displaced residents were herded into the Superdome that clearly did not have the sanitation facilities, food supplies, security, or medical equipment to care for this many people crowded into one place for so long. The Red Cross, Salvation Army, and many other private and religious-affiliated groups did far more early on to help the displaced, yet these volunteer groups also had limited resources to deal with a disaster of this magnitude. Hundreds of new school buses that could have been used to evacuate everyone to more distant locations remained parked for the rising floodwaters to destroy, so for thousands of inner-city residents it was either walk miles to the Superdome with the few belongings they could carry or drown. 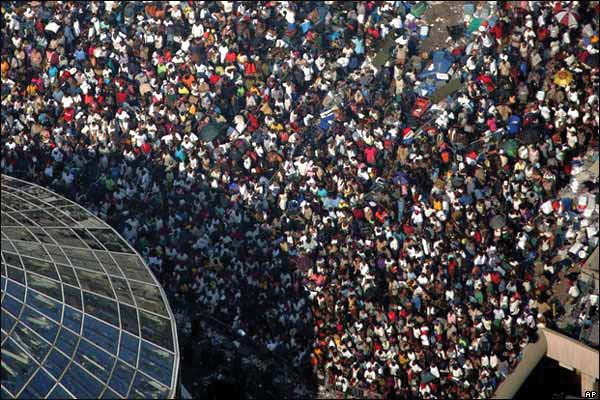 Thousands of displaced and unprepared residents waited outside the Superdome where they hoped to take shelter from Hurricane Katrina as it approached New Orleans in 2005.

There are news stories every day where entire towns and cities have been completely destroyed by floods, hurricanes, or tornadoes, causing thousands to lose their homes. Widespread power outages and snowstorms can make it impossible for stranded families to leave their homes for weeks. Rarely a month goes by that we do not hear about an entire population being forced to evacuate with no advance preparation or place to go just minutes ahead of a fast-moving hazardous chemical cloud, forest fire, nuclear plant leak, or tidal wave.

Granted it’s not likely most of us will ever personally experience wide-spread civil unrest, an airplane flying into our office building, our subway sabotaged, our place of work truck-bombed, being on a bridge when it collapses, or in a burning nightclub with all the exits locked, but these things really have happened here and have killed hundreds, if not thousands of our citizens, and disrupted normal life for millions more. Many of our cities have experienced fuel or food shortages, rolling blackouts, ruptured pipelines, failed credit-card computer systems, and month-long utility outages. Unfortunately, these things are occurring far more often than we would like to acknowledge, and I am sure all those affected were convinced this could never happen to them  so why worry.

For a reality check, are you honestly prepared to stay even just 24 hours confined to your home or apartment without being able to obtain water, food, heat, or electrical power, while waiting for things to return to normal? If just one of the above disaster scenarios ever did occur in your life, will you and your family be standing in line like everyone else?

That’s the difference. Preppers do think about these things and do not want to be just another person standing in line or rushing to the grocery store every time a storm is forecast and finding everything they needed had already sold out. They are prepared for those times when help will not arrive after dialing 9-1-1. All preppers will have a well-stocked food pantry, extra bottled water, medical supplies, a portable AM radio, and LED flashlights that actually work.

Preppers do not just meekly follow whatever emergency instructions they hear, which in many past emergencies have been totally wrong. Remember our government telling everyone to rush out and buy duct tape, yet nobody actually knew what to do with it once they got it home. Several families actually suffocated and died after using duct tape to seal up their doors and windows as they waited for a gas attack that never came. Office workers in the second trade tower were told repeatedly over the public address system to stay where they were as they watched the adjoining tower burn. They should have headed down immediately while their tower was still standing.

Government agencies instruct us to have extra food for emergencies, but most people will purchase foods they will have no way to refrigerate, wash, prepare, or cook after the power is out. Most of the general population just do not see any need to make any advance preparations, as they have been conditioned to believe the government will always be there in any emergency to take care of them, at least that is what they are told. 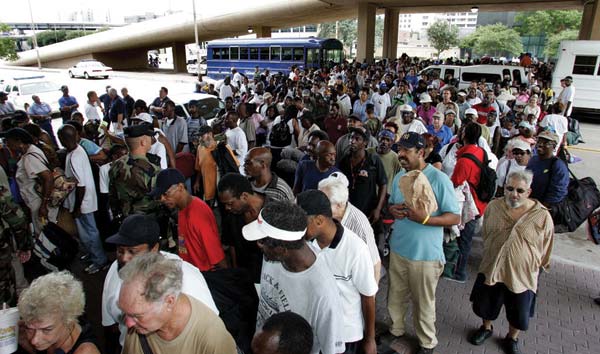 Even when help did finally arrive after Hurricane Katrina, people waited in line for hours to receive food and water.

The next step for both the just starting and advanced prepper is to realize how much we depend on the utility grid and make some basic preparations for emergency power. We depend on our cell phones to call friends, family, confirm schedules, and talk to clients or co-workers. Most of us need our laptop computers, televisions, and satellite or internet systems to function, yet these will be totally useless as soon as the power goes off or the battery dies.

The obvious answer is a generator. A high-quality whole-house generator with automatic start controls will allow you to remain in your home while the neighbors are packing up and heading for a distant relative. However, a generator may not be the answer if we are talking about a long-term loss of utility power. Even large industrial emergency generators for hospitals and government agencies do not have an unlimited fuel source. I have worked with many mission-critical facilities that require a large tanker-truck delivery of diesel fuel multiple times per week to keep their generators operating during an extended outage. I have also known homeowners who had whole-house propane-fueled generators that drained their 500-gallon propane tank during a week-long power outage.

Others hope that $300 generator they bought on sale last fall will save them during the next storm, but in most cases that next big storm may be a year away. By then their generator will have a dead battery, the tank of gas has gone bad, and it will not start when they do finally need it because they did not perform any maintenance or exercise it on a regular basis. Even if they were finally able to get it started after lots of scraped knuckles and a strained back, most likely they will run out of gas in less than a day while all gas stations within range are dark and closed.

Another concern is most lower-cost generators have light-duty engines and operate at high speed which reduces engine life. These generators are not designed for the longer operating hours of an off-grid home or a month-long power outage. Some manufacturers will void the warranty if the specified yearly operating hours are exceeded.

I have found other ways to power your laptop computer, satellite receiver, task lighting, keep foods frozen, and recharge your cell phones and electronic devices long after your generator ran out of fuel or failed. Part 2 of this article will review a simple back-up power system you can assemble in almost any size from easily available components. I will also discuss what types of appliances and electrical devices you should, and should not count on during a long-term power outage.