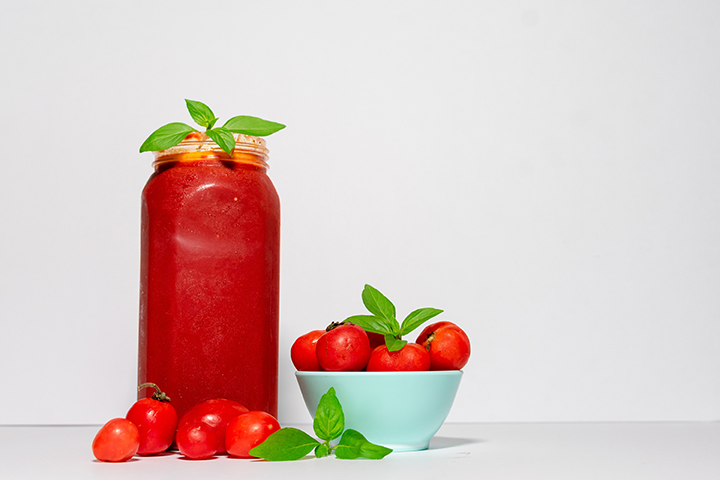 One of my earliest and fondest childhood memories is of my mother and me walking nearly a mile down the road from our house, in the rain, to deliver a fresh baked batch of Hamentaschen (pronounced hamen-tashin) cookies. We were taking them to a Jamaican family that had just moved into our neighborhood. It was in the early spring, and the gastronomically festive Jewish holiday of Purim (pronounced poor-EEM) was being celebrated in many of our neighbors’ homes. It happened that another one of my mother’s close friends had just given her the recipe for Hamentaschen and my mom could not wait to make a batch. A new family moving into the neighborhood was a perfect reason for sharing her new recipe. Despite never having eaten a pastry like Hamentaschen before, the gift was well received by our new neighbors and enjoyed especially by me and their two kids.

Hamentaschen is only one of many delicious desserts associated with Purim, the festival that celebrates the deliverance of the Jews from a massacre in the Persian Empire. The dessert is named for Haman, the malicious chief minister to the King of Persia, who devised the failed plot to kill all of the Jews. He wore a three pointed hat, hence the symbolic three pointed cookie. Unfortunately, this is a holiday that is little noticed by many today. But in the neighborhood where I grew up it was a big deal, and it’s carnival spirit affected everyone regardless of faith. For my mother, Purim, like Christmas and Easter, was a prime opportunity to jump into the kitchen and work with a host of new foods that were shared with her by her many friends in our neighborhood.

This recipe contains a formula for making the traditional poppy seed filling, from scratch. If you find yourself short of time, a 12-ounce can of Solo brand poppy seed filling, or prune filling, are good substitutes. For the best results, both the dough and the filling should rest in the refrigerator overnight before preparing the cookies for baking.

My mom used pickled chili peppers as a basic flavor enhancing ingredient in countless recipes. In Boston during the ’50s and ’60s chili peppers were considered ethnic foods and were not as widely available in supermarkets as they are today. To an enterprising opportunist like my mother, this never seemed to pose any problem. She knew a great deal about chili peppers and knew how, when, and where to find the peppers she needed to prepare her assorted chili pepper dishes.

In New England, late August is prime season for home gardeners to harvest their chili pepper crops. Amy and John Wheatly, our Jamaican neighbors, maintained a huge garden, in which they grew three varieties of chili peppers: jalapeno, cherry, and a small blistering hot variety similar to the chiltepin of Mexico and the West Indian datil. Every August, my mother was invited into the Wheatly’s garden. She would pick several pounds of collard greens, bring them home, and cook them in her own special way. She would then exchange the whole batch of greens with Mrs. Wheatly for two gallons of freshly picked red chili peppers, mostly jalapeno and hot cherry. Then she would pickle the peppers and use them throughout the year to make her favorite chili pepper dishes.

In the old recipe file she kept I found recipes for several homemade table sauces made with chili peppers. My mom used these to add zip to just about every food she ate. Some of the sauces were aromatic and mild. Others were so fiery hot they were shared only with friends who shared my mom’s love of hot and spicy foods. “I’m afraid if I serve this stuff to anyone else, they’d probably end up walking around the room backwards,” was her usual comment after preparing a fresh bottle of her favorite hot sauce. Try the following pickled pepper recipe. But if hot peppers are not to your liking, substitute sweet cherry, pepperoncini, tomato, or any other ripe sweet pepper. The result will be a pickled sweet pepper with much of its natural flavor preserved in a gentile tasting sauce that is unlike most other acidy pickling solutions.

This recipe makes 8 to 12 pints, depending on the size of the peppers and how tightly you pack them. I use a mixture of jalapenos that are about 3-inches long and 1½-inches wide, along with cherry peppers that are about 1-inch long and 1½-inches wide and I don’t try to jam the peppers tightly into the jars. For me, this process yields 12 pints. You can count on getting at least eight.

This is one of the many hot table sauces my mother made using her store of pickled peppers. It’s good on greens, eggs, and practically everything else. When I was a kid, at any given time one could find at least three different homemade hot sauces in our refrigerator. The uneducated palate would usually be hard pressed to distinguish one from the other but this sauce was the only exception, simply because it was always labeled as “sauce for greens.” In years when the late summer was hot and yielded little or no rain in Boston, chili peppers of all varieties would come off the bush as hot and flavorful as it was possible for each variety to get. Sauce for greens was made exclusively from these peppers, and was seldom offered to anyone outside my mothers small conclave of chili pepper lovers. Of course it is not necessary to use fire breathing chili peppers to assemble this recipe. The mixture of ripe jalapeno and cherry peppers that I suggested in the pickled pepper recipe will almost always give this sauce the right balance of heat and flavor. Unlike my mother, I don’t limit the use of this sauce to cooked greens. I use it as an all purpose sauce to add zip to any food, including my over easy eggs at breakfast.

I will be honest here and admit that I don’t know where my mother got this recipe. I have included it in this collection because she uses a measured amount of her pickled peppers, as a flavor enhancer. For her to limit a measured amount of any enhancer in a recipe meant that she was creating a formula for some special purpose. I can only guess that she found a basic fresh salsa recipe that she liked and customized it to suit her own taste.

I first served this sauce to some close friends at a surprise birthday party for Tricia, my wife. The adults gobbled the first batch so fast that I had to make a second batch for the kids and myself. This sauce is easy to make and can be prepared year round because it uses canned plum tomatoes. Unlike salsas made from fresh tomatoes, it will keep in the refrigerator for a couple of days without loosing its zip.

Why canned tomatoes? My mother was a cook who understood that the so called fresh tomatoes sold in New England during the winter were immature fruits that were picked green in some unknown part of the world then shipped to our area, placed in gas chambers, and treated with ethylene gas to turn them red. The science of using this simple hydrocarbon gas to ripen immature fruit has been around since the 4th century B.C. But the result is lower nutrient value, bland taste, and a rubbery texture that is characteristic to all fruits treated in this manner. This unfortunate condition, however, is not a result of the ethylene treatment. Picking the fruit before it has a chance to mature naturally is the problem. Ethylene is produced naturally by fruit bearing plants well in advance of ripening and it initiates the ripening process in an organized and efficient way.

The good news is that most canned tomatoes are allowed to ripen on the plant, as nature intended, and the canning process does minimal damage to their taste and nutritional value. This makes them a much better choice for cooking during the off season. When fresh tomatoes are in season, simply substitute three cups of peeled, seeded and diced, very ripe fresh tomatoes for the canned tomatoes.

Try this salsa on eggs, hamburgers, hot dogs, or even as a dip for oysters and clams. I think that you will discover, as I have, that salsa can be enjoyed with more than corn chips.

My mother was never a great ketchup lover but she frequently made table sauces that she called “flavored ketchup.” These sauces were usually prepared during Thanksgiving and Christmas holidays, packed into an assortment of fancy bottles, then given to friends and neighbors as gifts. She made these ketchup-like sauces from a variety of fruits combined with fresh or canned tomato sauce and spices. I chose this recipe because it is easy to prepare and my children love it. My in-house food committee, chaired by daughter Sarah with my two sons Jason and Michael holding the other two seats, gave this recipe a unanimous thumbs up. I have reduced my mother’s recipe from a 12-pint yield to about a pint because the larger quantity requires processing. Also, the fruits that are used to make these flavored ketchups are available all year long in fresh or frozen state and the finished sauce lasts for weeks in the refrigerator. My daughter Sarah says, “Tell everyone to try this ketchup with chicken, it’s great.”

If you are using fresh raspberries, carefully pick them over and use only firm unblemished berries. If you are using the home pickled chili peppers, remove the seeds and the stems.

That’s it for this issue. I hope you enjoy the recipes and I know my mom would love the idea of sharing all of this good food with so many good people.