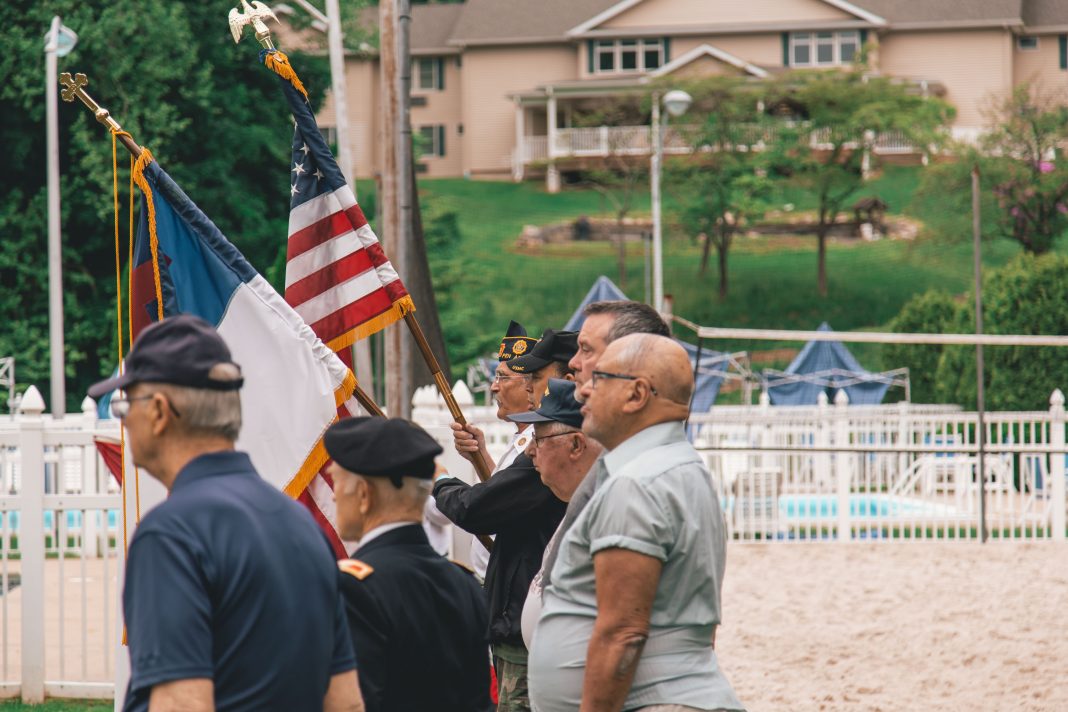 My brother, Jim, died between issues. It was an expected death, as Jim suffered from lung cancer. My oldest brother, Bill, had called with the news in the middle of the night. He asked me to do Jim’s eulogy at the wake.

Jim was a Marine Corps veteran who served two tours of duty in Vietnam. He was an American hero in my eyes who had endured four decades of combat-induced mental turmoil. We would honor him with a Marine Corps color guard and flag-draped coffin, and taps would be blown at his internment at the Veterans National Cemetery of Massachusetts in Bourne.

In the eulogy I told the story of a young man who had fought bravely in battle for his country, suffered greatly in civilian life in the aftermath, yet who had retained his sense of humor through it all. Jim talked little about combat, but he liked to tell one story in particular that took place at night near Khe Sang during a ferocious battle marines fought against a surrounding force of Viet Cong and North Vietnamese Regulars.

As Jim relates it: “I was a bit nervous. We knew the VC were all around us. I had a funny feeling, like something was near me. Then all of a sudden the bushes moved, and I just opened up and sprayed everything.” He laughed every time he told the punch line: “The next morning I discovered I had killed the CO’s dog; they had to hide me for three days because he wanted to kill me.”

After the war Jim never found his footing in civilian life. Like so many other vets, he drifted from job to job, found solace in alcohol and isolation, and never quite recovered. He died after years in half-way houses and finally in a nursing home. By the end, at the age of 63a mere 23 months older than mehe was a wreck of a man, both mentally and physically.

After the phone call came from Bill, I slumped into a chair, almost relieved that Jim’s ordeal was finally over. But the image that filled my mind was not that of an exhausted, defeated man, but that of Jim as a high school football hero. It was at Franklin Field in Dorchester, Mass. Jim and I were playing for Cathedral High, he as the big defensive end and I as a utility quarterback waiting on the sidelines. Mission High was marching toward our endzone with the help of a short pass off both our ends. The coach called a time-out.

“We’ve got to stop that pass,” coach said. Then he looked straight at my big brother: “Jim, try to get a jump on that pass and see if you can pick it off!” Coach had confidence in Jim’s ability. We all did; he was good.

A few plays later, at our 10-yard-line, Jim leaped to his left as soon as the ball was snapped. Sure enough, Mission’s quarterback had called that short pass again, but he saw Jim too late as he released the ball toward his own tight end at our goal line. Jim picked it off at the 5-yard-line to avert the touchdown.

I was elated. We lost the game, but it didn’t matter. My brother, Jim, was a hero. Even his response to my congratulations after the game was typical of Jim: ” Yeah, so they beat us by only 33 points this time instead of their usual 40.”

It was only a few years after that that Jim found himself surrounded by the Viet Cong near Khe Sang, and I think that was the beginning of the end for him. The tall, handsome end with the quick, self-effacing wit might as well have died on the battlefield, thus averting four decades of wandering, confusion, and misery.

During his final years, his brothers, Bill, Hugh, and I, made many trips to Boston to visit with him at the Don Orione Nursing Home in East Boston. Often the talk centered on our youth growing up. We were ordinary kids from Boston’s Irish ghetto, Southie, and we had wonderful youthful memories of fun and daring exploits.

I look at my own three sons now and I see my brothers and me years ago. Carefree youths. All playing one sport or another at school. Our adult lives and dreams and girlfriends all still in the future. My oldest son, Jake, is about to enter high school. He’s becoming a big tall, handsome boy, just like my brother, Jim. He even has some of Jim’s youthful mannerisms: the tossing of his head to the side, the quiet disposition, the well-timed self-effacing one-liner. What’s to become of him? Will he too go off to war after high school?

Jim’s service at the national cemetery was wonderful. The taps, held long by the bugler, drifted over the beautiful cemetery. On one knee a Marine presented the flag to Bill, the oldest brother: “Sir, the President of the United States, the Commandant of the Marine Corps, and the American people present this flag to you in honor of your loved one’s faithful and honorable service to God and country.”

The tears flowed. It was a proper goodbye to an ordinary hero.