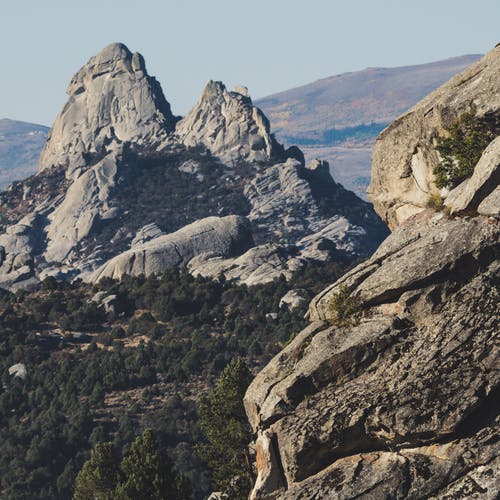 The recent riots in L.A. and other communities following the acquittal of four white L.A. police officers accused of beating black motorist Rodney King are yet another symptom of a serious disease in American society. No, the disease is not racism, although I’m sure the political opportunists will try and further their power bases by exploiting the racism issue. The disease is the same one we have editorialized against in the past  “Too much power in this country is now vested in our government, too little in the citizens!”

The acquittal of the four L.A. police officers is an aberrant carrying out of American justice, but it is one of many mistakes a justice system is bound to make. We have to live with it under our laws, and it does not justify the resulting riots, looting, and especially the random attacks on innocent motorists who just happened to be in the neighborhood.

Nevertheless I sympathize with some of the rioters. Not the lawless bands of thugs who take advantage of such a situation to loot stores and burn down their own neighborhoods, but with the majority of blacks who are locked into inner city poverty without any seeming hope of ever getting out.

But let’s look at the underlying causes and see how excessive government power is at the root of black poverty, powerlessness, and frustration, and how such rioting serves well the giant white bureaucracies that depend on black people’s hopelessness for their existence. Start with the police. A police force is the club by which a government keeps its citizens in line. The more control a government has over its populace, the bigger the domestic police force must be, and the harsher they must respond to “lawless” behavior in communities where powerlessness has become extreme. Powerless has become extreme in L.A. and other urban black city neighborhoods. (L.A. will seem like a firecracker when New York City goes off.)

But the city of L.A. is a good example to study. There, “do gooder” social engineers have created third and fourth generation welfare recipients by offering black mothers more money than their jobless husbands could provide. The result: 80% of L.A. black children grow up without a father figure in the home. They are forced to learn the ways of the world largely on the street, and if their fathers come home the cops are waiting to arrest them for failure to pay their child support payments.

It wasn’t always like that. Visit a middle class black home (and there are plenty) and you’ll discover that they are much the same as a white home. Different culture, different jokes, but the same values. The problem with black families in L.A., and in most urban cities, is that “do gooder” welfare bureaucrats have taken over. They’ve hooked blaaaacks on welfare, promising them ever-increasing benefits if only they’ll vote for politicians that keep the bureaucrats who service the welfare system fat and happy.

Having lived 60 miles above Los Angeles for nearly 20 years and having had several run-ins with L.A. cops during trips to that city, I am well aware just how much power L.A. police have over the general populace. More than in any otehr city I have ever been in.

Thank goodness I’m out of the Los Angeles area. As many of you know, Backwoods Home Magazine operated out of Ventura County, which shares the northern border Los Angeles County, for about two years. Simi Valley, where the trial of the policemen accused of beating Rodney King took place, is one of the communities in Ventura County. The problem in America is not too much crime; it’s too much authority vested in government, and the police are the strong arm of that government.

Anarchy and blind rage are symptomatic of a society that feels it has no control over its government.