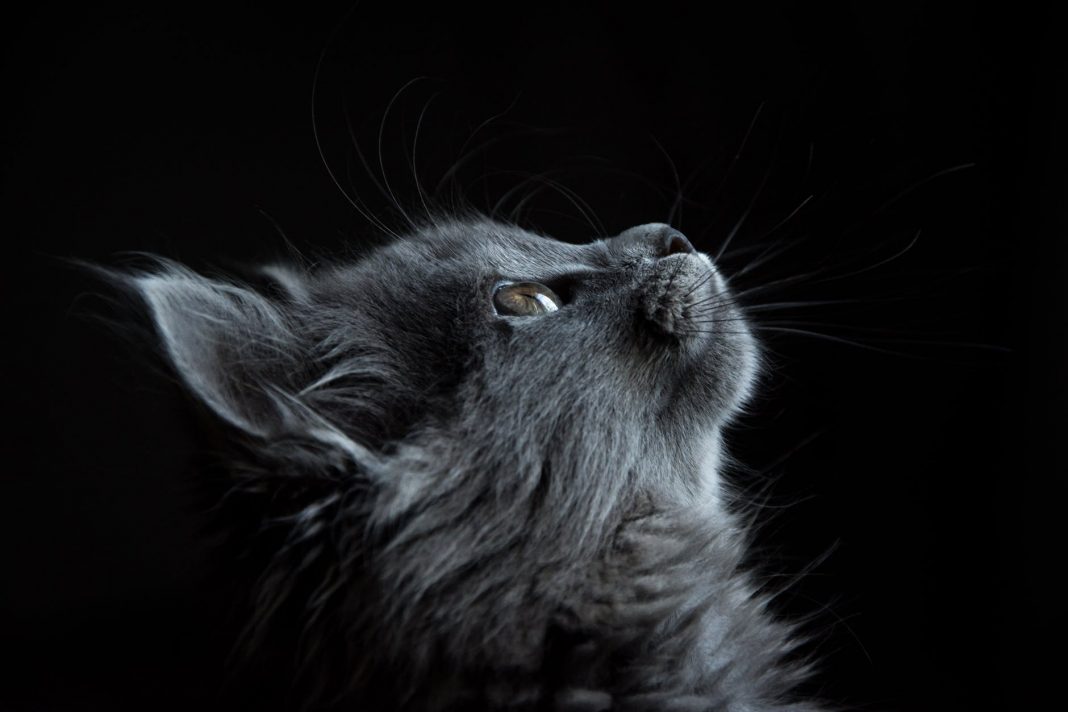 A recent Gallup poll showed that cat ownership is pretty much evenly distributed between men and women, and that roughly 34 percent of all U.S. homes have at least one cat. All cats, from house cats to lions, are obligate carnivores, meaning their diet in the wild is almost exclusively meat. They cannot digest vegetative material and only ingest it as an emetic (to puke). Hence your cat is eating grass so it can throw up hairballs. Many other carnivores, such as dogs and bears, can digest plant material.

How many cats are there?

Nobody knows how many domesticated cats there actually are in the world, but there may be as few as 220 million and as many as 600 million, including as many as 160 million which are feral. A disproportionate number of cats are apparently in the United States where there are about 96 million kept as pets and as many as another 70 million that are feral.

It used to be thought cats were first domesticated in Egypt about 3,600 years ago. It would make sense, since the Egyptians treated them as sacred and even had a goddess, Bastet, who had the body of a woman and the head of a cat. The killing of a cat, even accidentally, could get you the death penalty. But recent archaeological discoveries suggest domestication happened much earlier and it didn’t happen along the Nile. Furthermore, new DNA studies indicate that the domesticated cat’s wild ancestor is descended from a Middle Eastern wildcat, Felis Sylvestris, and that domestication began as much as 10,000 years ago, and it was only thousands of years later that cats were introduced to the Egyptians.

Who domesticated the cat?

We domesticate animals to suit our needs. These animals include dogs, cattle, sheep, chickens, horses, goats, and others. Because we directed their evolution, the animals domesticated became genetically different, and are said to have more “domesticated genes” than their wild ancestors. The gene changes have made them more docile and better adapted to living with us, as well as producing other more desirable traits. For example, the red jungle fowl, from which we got the modern domesticated chicken, lays only 10 to 15 eggs a year, all in the spring. But some modern laying hens can lay more than 300 a year and lay them year-round. Changes like this can be distinguished in the genes and the altered genes are passed on from chicken to egg to chicken to egg, etc.

Domesticated animals also wind up with smaller brains. For example, a dog’s brain is only about 80 percent the size the brain of a comparably sized wolf, making it less likely a dog could survive a return to the wild. It’s another attribute that is passed on to succeeding generations of dogs.

So, here’s the big surprise: scientists examining the DNA of cats have concluded that humans probably didn’t domesticate cats; cats domesticated themselves.

DNA analyses also show that cats were “domesticated” at about the same time as the rise of agriculture when the storage of grain and other agricultural products began to attract rats and mice. The rodents attracted wild cats, specifically Felis Sylvestris, from which cats are descended, and they began to hang around human habitations. It was a mutually beneficial relationship. The cats that tolerated us the most hung around the most and pretty soon were directing their own evolution and voila — the domesticated cat evolved.

How “wild” are cats?

How much of their wildness have they retained? Unlike most domesticated animals, cats don’t need us in order to survive in the wild. As hunters, both domesticated cats and feral cats are one of the major predators of birds. Even well-fed cats will kill birds for sport. In a 2013 article in the peer-reviewed journal Nature Communications, the authors estimated that cats annually kill 1.3 to 4.0 billion birds in the United States, along with 6.3 to 22.3 billion small mammals such as rabbits, squirrels, chipmunks, and mice.

In some parts of the world, the arrival of housecats brought about the extinction of whole species of birds, including at least five species in New Zealand and another 28 bird, mammal, and reptile extinctions in other parts of the world. Not surprisingly, where there are predators that will prey on cats (e.g., coyotes, wolves, eagles, hawks, owls, and large predatory snakes), cat predation on wildlife goes down.

How do our house cats view us?

Cats have a special relationship with humans. They’ll meow at us, whereas they do not meow at any other animals except, as kittens, when they meow at their mothers. Not only do they meow at humans, but once they become adult, they rub up against us while holding their tails up high — a sign of friendliness. They even rub up against dogs they like. But they will not rub up against “inferior” cats. 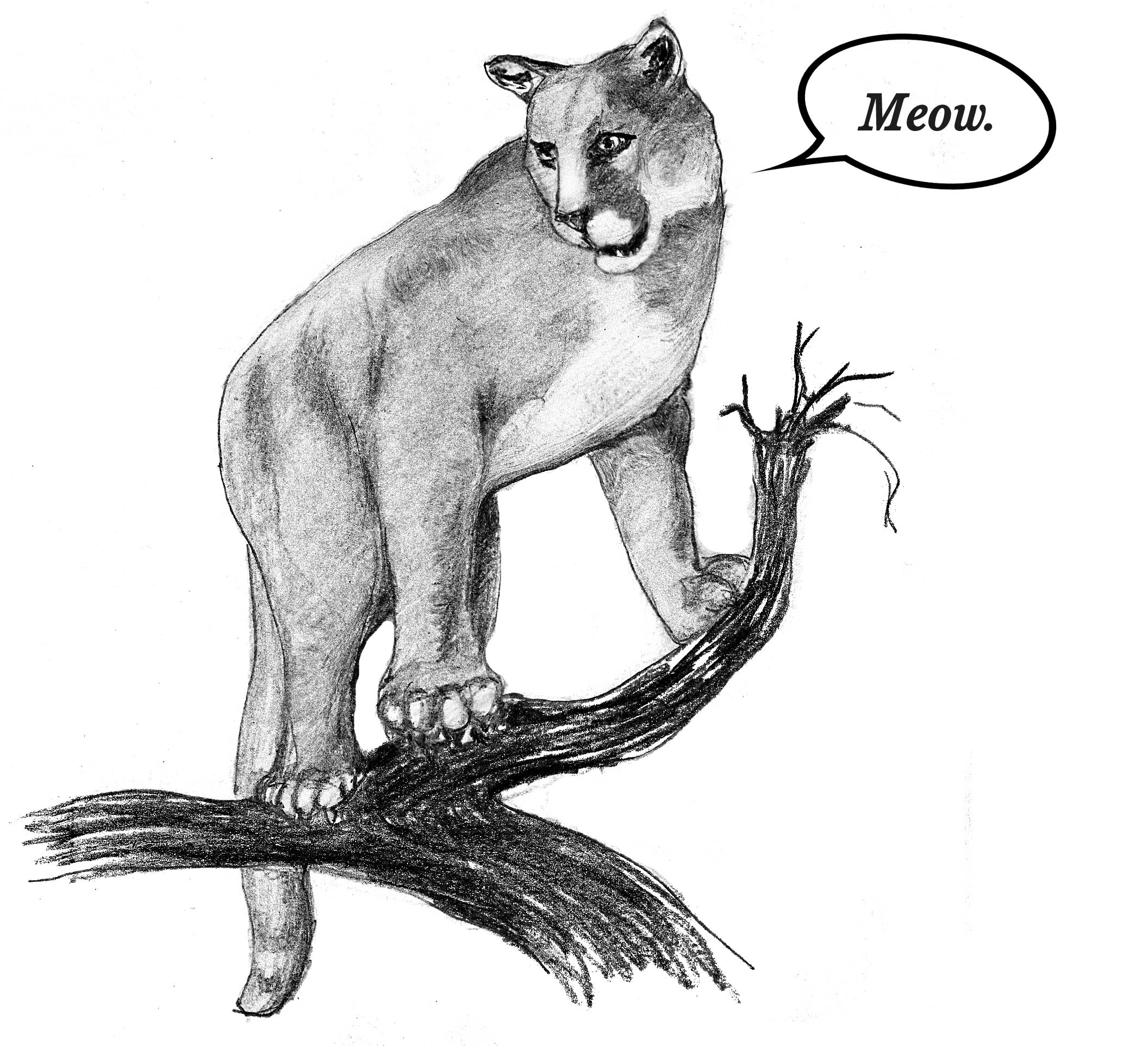 How cats spread around the world

Once they were domesticated, people took cats wherever they went. This includes the Europeans that came to settle the New World. (The Native Americans had no domestic cats.) But there were also “ship cats.” Ship cats came about because rats and mice have been the unwelcome passengers on ships ever since humans first took to the sea. These rodents gnawed on ropes and wood, ate the sailors’ food, and spread their filth when they urinated and defecated in the ship’s stores. So sailors began taking cats aboard with them to control the rodents. Subsequently, cats (and rats and mice) went everywhere we went. House cats now exist on every continent except Antarctica.

How we view cats

Throughout history, house cats had pretty good lives in most of the world. They were revered in Egypt, admired by the Romans, valued by the Chinese for their ratting instincts, adored by Muslims (including Mohammed himself) for their cleanliness. On the other hand, from about the Middle Ages until the Age of Enlightenment in the 1600s, they had a rough time in Europe. In 1233, Pope Gregory IX issued a decree, Vox in Rama, that not only began the Inquisition, but demonized black cats. In 1484, Pope Innocent VIII decreed that all cats were demonic. For the coronation of Queen Elizabeth I, a Protestant, in 1653, an effigy of Pope Pius IV was stuffed with live cats, then burned as part of the celebration. For some 400 years in Europe, we saw the ruthless hunting and killing of cats which, ironically, led to a burgeoning population of rats and mice which were vectors in the spread of plague and other diseases. The word “karma” had not yet entered the English language.

How many breeds of cats?

The number of breeds of domesticated cats depends on whom you’re asking. One organization recognizes 73, another 43, and there are others in between. But what’s important to remember is that all breeds of domestic cats are the same species — Felis catus. Unless…

There are two extant subfamilies of cats: the Panthera which includes “big” cats such as lions, tigers, jaguars, and several kinds of leopards, and there’s Felinae which includes about three dozen species of “small” cats including house cats, bobcats, lynxes, Asian leopard cats, cheetahs, and mountain lions. Yes, mountain lions, though bigger than some leopards, are part of the family of “small” cats.

Cats within a subfamily may be able to interbreed. E.g., lions and tigers, both members of the subfamily Panthera, may interbreed to produce either “ligers” (male lion mated with a female tiger) or tigrons (male tiger mated with a female lion). So, too, can some of the species of “small” cats interbreed and this has resulted in a market for exotic crosses of house cats and other members of the subfamily felinae, such as a Bengal (cross between a house cat and an Asian leopard cat) or a Savannah (cross between a house cat and an African serval).

You know what I want? I want someone to cross a house cat with a mountain lion.