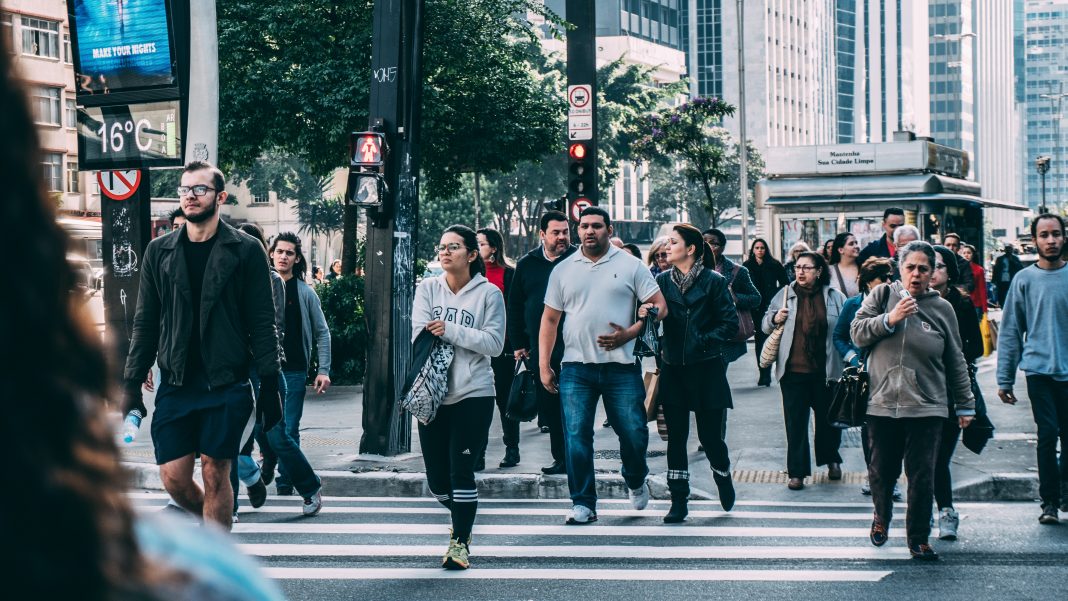 How do you take the temperature of a society, that is, how do you tell if a society is healthy or sick?

Several years after the Soviet Union dissolved in 1991 under the accumulated weight of 70 plus years of oppression and debt, various public opinion survey groups complained that they couldn’t rely on the answers of the former Soviet peoples because their answers reflected what they thought you wanted to hear, not what was on their mind. Pundits of the day said it was because the former Soviet societies were sick, having been controlled and mentally intimidated by their Communist masters for seven decades. They had been conditioned to give answers that would not get them in trouble with “The State.” 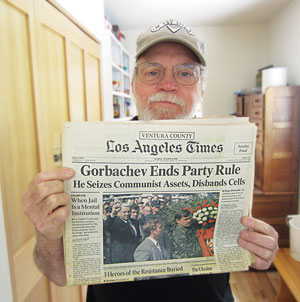 I saved copies of the LA Times for about a three-week period in 1991 as the Soviet Union dissolved under the accumulated weight of 70 years of oppression and debt.

So let’s fast-forward to American society. How do you tell if we are healthy or sick? Are we as afraid of Government Authorities (The State) as the Soviet peoples were? Of course not, but there certainly is a “Government intimidation factor” at play in American society, enough to give it a temperature that indicates our society is not experiencing optimum health. Ask just about anyone for their personal stories about confronting Government.

Since my wife and I own a business (this magazine) we confront Government on a regular basis — through government forms we must fill out to comply with Government regulations, all of which come with the threat of legal action, fines, or imprisonment. My wife, Ilene, does most of this. Here’s her opinion: “The bottom of the bottom of things I have to do is sending states their various sales tax forms with a check after we attend an Expo or Fair. Here we are, willing guests in their state, freely spending money on planes, hotels, and restaurants, helping their economy by taking part in an Expo that provides jobs and knowledge for their residents, then the State comes after us for their cut.”

Texas is the worst, she says. Every fiscal quarter she must file a tax form with the state of Texas to let them know we have not had a physical presence in Texas to conduct business there so don’t owe them any sales tax. If we fail to send them that form, they automatically fine us $50 for the quarter. Noncompliance would also mean Texas would ban us from attending the annual Self Reliance Expo near Dallas, which is not that bad an alternative since the Expo is a net financial loss for us.

Now the federal Government wants to make it even easier for states to collect sales taxes, especially those generated on the internet, so it is on the verge of passing the Marketplace Fairness Act, so named because the Government did not want to call it a new tax. This new tax is not a new tax at all, according to politicians who support it, but merely an attempt to collect taxes due the states. The Senate has already passed the tax with broad bipartisan support, and the House, after a few more weeks of Doublespeak to confuse their constituents, is expected to do the same.

This new Government effort to impose yet another tax on the American people comes while the news is full of admissions by the IRS that for years it has been targeting and auditing people who talk about freedom issues, especially if they criticize Government or use words like “Patriot” or “tea party.” The IRS has apologized for what it termed its “absolutely inappropriate action,” an interim IRS commissioner has resigned, and President Obama vowed that those responsible would be held “fully accountable.”

But most of us know nothing will change. IRS intimidation has been a tool of both political parties for many years, and chances are some Government official is watching both you and me right now because we are talking openly about Government intimidation. Next year the IRS will become even more powerful as it assumes the lead role in collecting personal health insurance information to ensure we comply with new Obamacare mandates.

But our Government’s heavy-handed attempt to collect taxes is only the tip of the iceberg. The last time I attended the big Midwest Renewable Energy Fair in Wisconsin, it was the Government goons at the Central Wisconsin Airport in Wausau that caused me and my daughter, Annie, the managing editor of BHM, stress. We were subjected to a random drug search of our luggage. When I tried to take a photo of what was going on, a Government agent curtly told me to put my camera away. I was intimidated into doing so, even though the Supreme Court has ruled again and again that it is legal to photograph police in the performance of their duties. It is surprisingly easy to be intimidated when you are suddenly confronted with a threatening situation.

Our Government’s ubiquitous presence in its ongoing War on Drugs has touched many families. Many of us know someone — usually a young person pressing the limits of youthful exploration — who has been in jail due to a minor drug offense. The War on Drugs has mainly given America the highest prison incarceration rate of any country in history, dwarfing the old Soviet Union’s dreaded Gulags. It is enforced by the same bureaucracy that once enforced Prohibition, that former 1920-33 full-employment scheme for Government bureaucrats, and it is gradually expanding into a War Against Prescription Drugs as our Drug Army seeks even more work for it to do. How many of you know the legal intricacies of traveling with your prescription medications? In a car? On a plane? Across state lines? I’ll bet quite a few of you accidentally violate the law on a regular basis. And woe be to you if you run into a TSA bureaucrat or cop looking to score points with his supervisor by arresting you for a law you didn’t even know existed.

Sometimes I think the Government’s overall strategy is to have so many laws and regulations, with so many varying degrees of punishment ranging from a slap on the wrist to imprisonment, that many citizens are in a mild but fairly constant state of anxiety that they might be doing something illegal. If an IRS auditor interrogated you about your latest tax return, would you tell him what was really on your mind about their tyrannical tactics, or would you tell him what you thought you needed to say to keep out of trouble?

American society is certainly not experiencing the state of intimidation that the old Soviet peoples were prior to 1991, but we definitely have a temperature. That’s why we have to keep speaking out and fighting for freedom — to keep that temperature from rising into a dangerous fever.