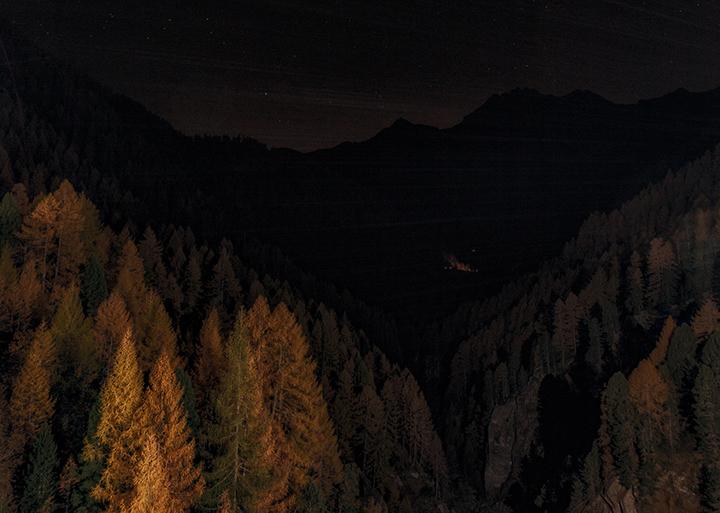 Do rural homeowners need guns for self-defense? Sometimes they do and sometimes they don’t, according to Ayoob’s experience, but those who did never really knew they would until it happened.

I’ve spent a lot of time running with big-city cops to learn lessons from them, but I’ve never been one myself. I was always a small town officer. I spent eight years at one growing town that was next to the state’s biggest city, but also had remote corners that were virtually Appalachian. The second was a genuine rural community a couple of towns over from the first one, where I did two years as sergeant and six as lieutenant. In the eleven years since, I’ve served a genuinely rural small municipality that would be even more blessedly quiet were it not for an interstate highway passing through it that’s a drug conduit from Montreal to the Boston and New York metroplexes. Moreover, I’ve done it all as a part-time cop with full arrest power and rank authority, a few hundred hours a year; what I do full time is teach this stuff.

This may be why Dave Duffy picked me to write this column, instead of a big city career cop. One of the big reasons people give up the city lifestyle or the ‘burbs for a “Backwoods Home” is their perception that they’ll be safe from crime.

Don’t bet on it. The bad guys in the cities you fled or want to flee figured out a long time ago that the “Thin Blue Line” is thinnest in the hinterlands. America is the society that is interconnected by Interstate highways. Most of us in rural law enforcement have very strong reason to believe that a lot of burglary and violent crime in our provinces is done by out of town city punks who don’t want to crap where they live. Sure, we have our indigenous country scumbags, but we can generally stay on top of them and take care of them expeditiously.

Let me tell you a true story from a long time ago. I was a young patrolman on the rural edge of that first community I told you about. I wrote about it in a book called In the Gravest Extreme when the memory was a lot fresher in my mind, so let me quote from that now.

The call came over the radio and I hit the lights and siren. A drug-crazed suspect had forced his way into a suburban home on the edge of the community I patrolled.

He was gone when we got there, but he had already left a residue of fear that would never go away. He’d had the wife down on her living room couch when the husband, hearing her screams, grabbed his Walther .32 auto from his night-table drawer and ran to her aid.

The guy heard him coming, and threw himself to his feet to take the husband. The guy was big. Then he saw the pistol…and got small.

He backed out the door screaming threats, covering his face like a vampire in a late-show movie cringing from a crucifix. By the time the husband had chased him out, his wife had run to the bedroom closet and fetched the loaded 12-gauge. As the druggie stood on the lawn screaming obscene threats at the homeowner, the latter fired a round of birdshot into the air, and the attacker fled into the woods.

During the hours that followed, as I and a contingent of brother officers stalked the suspect through the woods, I reflected on the value of that little .32 automatic in that man’s night-table drawer. We’d had a decent response timewe were on the scene less than a minute after getting the hysterical phone callbut as I crept through the pitch-black woods that night, listening to the sound of the bloodhounds, I couldn’t help but wonder what might have happened if he hadn’t had that little gun. I admit, I didn’t reflect on it too much at the time, because I was more preoccupied with the sounds and movements around me as I still-hunted the brush with a Kel-Lite flashlight going on-and-off in one hand, and a Colt .45 automatic in the other. But I knew damn well that without the little .32, we might not have gotten the call until it was too late.

Later that night, when the thing was (bloodlessly) ended, that man came up to me and said, “Officer, my wife is afraid they’re going to arrest me for threatening him with a gun. They aren’t, are they?”

I put my hand on the guy’s shoulder. I told him he wouldn’t be arrested. I told him to come in to the police station Monday morning and see about getting a “carry” pistol permit. And then I gave him the address of a friend of mine who runs a police equipment shop, and promised him a discount on something bigger than a .32 automatic. Somewhere in between came a lecture on trusting the frail hook-and-eye lock on his screen door.

That was then. This is now. Little has changed.

The citizen in that incident was about my age, then. With all the intervening years, he could have died of old age. I hope not. But if he is gone, I hope it was old age. An old age the loaded guns he kept where he and his wife could reach them bought for them both.

The overwhelming majority of encounters between armed citizens and violent criminals end just that way, whether in the depths of the inner city or in the wilderness. Perpetrator begins to attack. Perpetrator sees gun pointing at him. Perpetrator suddenly decides that he has made a terrible mistake, and is about to die from what I’ve come to call “sudden and acute failure of the victim selection process.” Perpetrator either flees or surrenders. End of story. Most of the time.

Sometimes, the predator is so obsessed or enraged, so drugged out or drunk, or just so unbelievably stupid that he continues the attack. When this happens, the citizen/victim has no choice but to steady the gun and pull the trigger. This is the moment at which you will need not only the wherewithal to do what needs to be done, but the skill and familiarity with the firearm to allow you to do so.

The great defensive handgun expert Jeff Cooper once said that combat shooting training and practice was akin to lifeboat drills on an ocean liner. It was, one hoped, the last skill you would ever have to employ during your journey. But, if you did need it, it would be a skill you needed desperately.

Let’s go back for a minute to the story I recounted earlier, from the 1970s. I’m proud to say that the police response time was fast for a metropolitan department, let alone for a small community. Quick question, though: in your now or future backwoods home, how long will it take the police to respond once you call them from your remote location? And go back to that true story one more time: if that peaceful rural home had not been armed, would either the husband or the wife have been able to make the call at all?

About the time you read this, two teenage males in a community very close to the one my department serves will go on trial for the murder of a respected middle-aged couple who lived in a somewhat remote home. Neither was able to access a gun to prevent being brutally butchered by assailants armed with combat knives. They thought they lived in a safe place where people didn’t need guns, right up until they were hacked to death in a bloodbath that exceeded the “Clockwork Orange” movie.

Owning and responsibly keeping a firearm, and knowing how and when to use it defensively if you must, is your choice. But so is participating in the lifeboat drills when you’re on that ocean cruise. The ones who needed the lifeboat were always glad they spent the time preparing. The ones who practiced and didn’t need it still achieved peace of mind.

But, as always, the choice is yours.