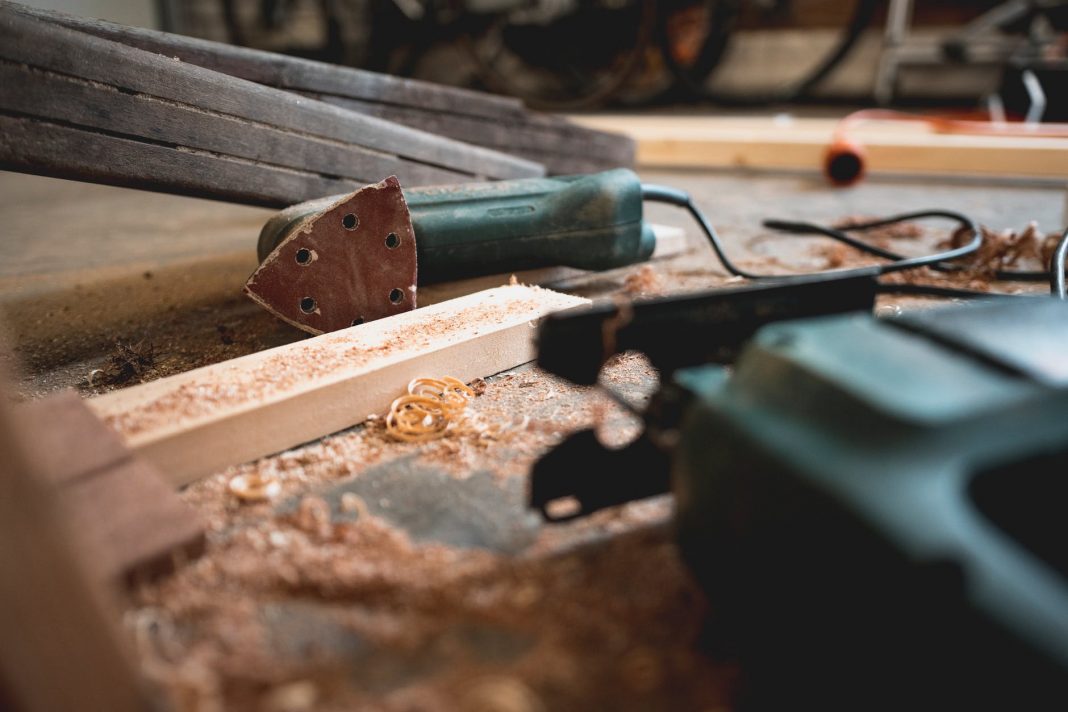 I was standing on the edge of the roof overhang, holding two bundles of asphalt shingles, when my boss’s son drove up. He looked at me, then took a long look at the empty space under the unsupported roof extension. I noticed his discomfort, so I sort of bounced up and down, right on the corner, four feet out from the nearest support. The roof didn’t flex.

“Want to build a shed for me?” he asked.

Not every building needs to be built like the Rock of Gibraltar, but there are times and places when rigidity really counts. That shed I built needed a built-in roof overhang to cover an occasional woodpile overflow. Permanent roof supports would get in the way when the woodpile wasn’t there, and it would look tacky. I built the shed right in front of my boss’s house and I wanted it to look nice. The rigid roof cost only a few dollars more than traditional construction, and it solved an otherwise difficult problem. Applying one or more of the following five principles can add considerably to the strength and ridigity of frame construction.

Wood is not a homogeneous material. It is much stronger in one direction than in others. Wood’s greatest strength is in resisting compression along its length. Wood is also quite good at resisting pulling tension, but it is weakest at resisting bending (flexion) and twisting (torsion). One way to make a wooden building as strong and rigid as possible is to arrange the wood so it is being used in its strongest dimensions.

Here’s an example. A typical peaked roof frame consists of two rafters with a cross-tie to keep the tops of the walls from spreading. The cross-tie exerts its strength in tension, so it can be made of smaller size lumber, such as a two-by-four. But the rafters must resist bending (flexion), where they are relatively weaker. So the rafters must be made of two-by-sixes, two-by-eights, or even bigger stock. Such lumber is expensive. Long ago, engineers learned they could add greatly to the strength of a roof by inserting compression members within the frames.

Such trusses are not hard to make. The only difficult part is cutting precise angles on the ends of the members so they will fit together tightly. A miter saw or motorized “chop saw” will come in real handy here. The rule of thumb for designing a truss is to keep the area contained within each of the triangles equal. For all but the very largest buildings, use two-by-sixes for the rafters and center post, and two-by-fours for the cross-tie and the other compression members. Fasten them with plywood gussets, glued and screwed on.

Do not use sheet metal mending plates, even though they look like the kind of plates that hold commercial trusses together. They will not hold. Commercial truss plates are pressed into place with a 30,000 psi press. They cannot be hammered into place. The ones you buy in the hardware store are weak enough to be hammered in, and they won’t hold against the compressive strain on a roof.

Gussets work well and can be easily cut from ordinary exterior grade plywood. Make gussets big enough to cover at least eight inches of each frame member at each joint. Glue them in place with Liquid Nails® or some other construction adhesive, and fasten in place with 3d or 4d box nails, two inches apart, in wiggly lines down both edges of each truss member.

Nail the opposing gusset in an opposite pattern, to keep nails from opposite sides separated. Box nails are thin enough to keep from splitting the wood. If you must use common nails, set them three inches apart, and enlarge the gusset to accept the same number of nails. Do not use drywall screws. They have no give, and they will snap if the glue does not hold.

Allow the glue to dry overnight before mounting the truss. Make one truss, then make a jig out of plywood so all your trusses will be identical. The jig can be made of plywood that you plan to use for roof sheathing, so it will actually cost nothing.

Sometimes you need to make a flat, level surface, such as a floor, very stiff and strong. One way is to make “I-beams.” They got this name because the cross section of a steel I-beam looks like a printed capital I. The vertical part of the beam resists bending vertically, but can bend and buckle horizontally, ruining its strength. The top and bottom flanges resist buckling, allowing the beam to exert its full strength. I-beams do not have to be made of steel. Commercial wooden beams are made of plywood, with top and bottom caps of milled lumber. You can make your own if you have a table saw and a rabbet cutting blade, but there is a way to achieve the same effect with low technology. The strength of an I-beam is proportional to the height of the vertical member, but also to the width of the flanges. By gluing and screwing plywood subflooring across the top and bottom of ordinary floor joists, you transform each joist into an I-beam with very wide flanges. Plywood subflooring does cost a bit more than regular subflooring, and is not as stiff, but it is much stronger.

If you need stiffness more than strength, you can save a lot of time and money by leaving off the bottom plywood and using chip board subflooring on the top. This makes your floor joists into T-beams, which are almost as strong as I-beams. Particle board is even stiffer, and costs less, but dissolves when it gets wet. If there’s any chance the floor might get wet, use exterior grade chip board. It does cost more, but it won’t dissolve.

One way to add strength to a framed wall is to make up laminated beams and headers. On load-bearing walls, headers are required over all window and door openings. Non-load-bearing walls generally require no headers, but just a top plate connecting the wall sections on opposite sides of the opening. In a wall framed of two-by-fours, a typical 32-inch wide rough opening for a door or window requires a header made from a couple of two-by-sixes, with a piece of 1/2-inch plywood sandwiched in between. The plywood provides the strength and stiffness, while the two-by-sixes keep the plywood from bending.

Laminate the beam by gluing the parts together with construction adhesive, then screwing together with deck screws six inches apart in a diamond pattern, from both sides of the beam. This laminated header is not only much stronger than one composed of just two-by-sixes, but it also is the right thickness to match the rest of the wall.

Larger windows may require headers made of two-by eights or two-by-tens. But what if you want to install a beam in place of a load-bearing wall? So-called “glue-lam” beams are sold commercially by the linear foot, and they’re not cheap. But a plywood laminated beam just isn’t strong enough. One solution is to sandwich a piece of steel (not aluminum) flashing in the center of your plywood laminated beam. The steel is incredibly strong as long as the lumber keeps it from buckling. Where even greater strength is required use two sheets of steel, one on either side of the central plywood lamination. Lay beads of construction adhesive an inch from each edge of each beam member, then zig-zag in the center. Glue all the parts of the beam at the same time and bolt them together in a diamond pattern, one foot apart. Bolts cost more, but screws can pull out, and even a little buckling destroys all the advantage of the sheet metal laminations.

A common factor in all these strategies is construction adhesive. Don’t leave it out. Its purpose is to bind all the parts of a wall, roof, or floor into one solid piece. Modern cars all use this principle of unitized construction, instead of the heavy frames of olden days. Yet the cars of today are actually stronger, even though much more lightly built. Where car bodies are spot welded together, house framing can be glued together, producing a lighter yet stronger roof or wall panel. Floors and stairs built this way will never squeak. The trick is to create unitized panels that form complete walls, roofs, floors, and so on.

In Canada and some northern states, homes are built of panels of foam insulation with chipboard cladding. The cladding extends a bit beyond the foam, forming flanges for nailing or screwing two-by-sixes or two-by-eights along all four edges. This dimension lumber aids greatly in attaching the panels, but most of their strength comes from the cladding. The foam core keeps it from buckling. You can make your framed walls just as strong by sheathing them inside and out. Glue and screw chipboard to the inside edges of all the studs and plates, and you nearly double the strength of the wall.

You can install the wiring and plumbing before you sheathe the interior, an advantage over clad foam panels. Just make sure the inspectors get a good look before you insulate and close up the walls.

If your roof is strong enough it can extend beyond the support walls without external bracing. A cantilever is any structure, such as a roof or floor overhang, that is braced internally. If you are building trusses, it is easy to make part of the roof into a cantilevered extension. Just make one of the rafter members extend beyond the cross-tie. With the whole roof glued and screwed into one unitized panel, the cantilevered extention becomes extremely strong. It actually turns the whole roof into a lever, with the fulcrum at the support wall. Any conceivable load at the edge is more than balanced by the weight of the entire roof on the other end of the lever. It is only necessary to adequately stiffen the roof edge.

This is easily done with one-by-four trim or two-by-whatever false rafters. Leave enough sheathing extending beyond the rafter ends to cover the edge trim. Apply glue to the trim, nail it to the real rafter ends, then screw the sheathing to it. Glue and screw false ridge beams and false purlinshorizontal stiffenersunder the gable ends of the roof. They add a little bit of stiffness to the roof, but their real job is to give you some place to nail the false rafters or gable end trim.

So how did I make that shed’s roof so strong? I used cantilevered trusses of two-by-fours, two feet on center. I glued and screwed the plywood roof sheathing to the trusses. Finally, I supported the edges of the plywood with trim, glued and screwed on, to prevent the plywood from flexing. I could have used bottom sheathing, but it wasn’t necessary. 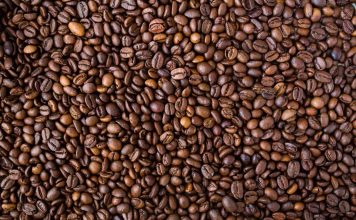